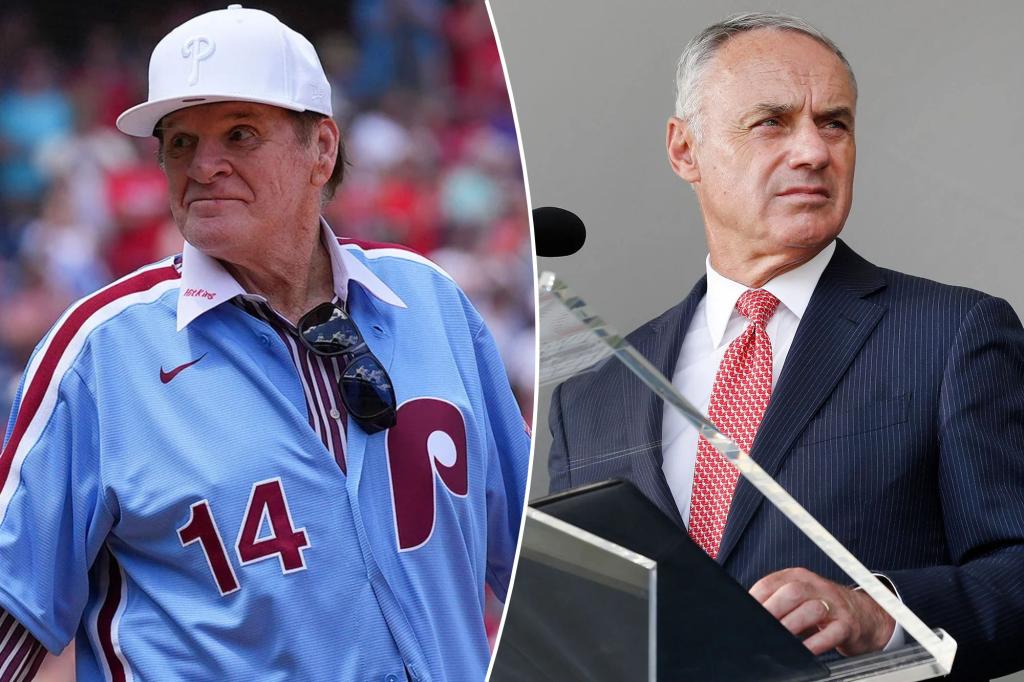 The Hit King is still trying to get into the Hall of Fame.

“I am writing today for three reasons,” Rose said in the letter, obtained by TMZ. “First, because at my age I want to be 100% sure that you understand how much I mean it when I say that I’m sorry. Second, to ask for your forgiveness. And third, because I still think every day about what it would mean to be considered for the Hall of Fame.”

Rose, 81, acknowledged he let down a lot of people and said his mistakes are his biggest regrets in life.

“Besides spending time with my kids and my partner, there’s nothing that made me happier than playing baseball in front of fans,” he wrote. “That I let them down and brought shame to the sport we all love is something I think about every single day.”

The reason Rose isn’t among those enshrined is due to his time as manager of the Reds from 1984-1989, when he bet on baseball games and then denied that he did. He was banned by MLB commissioner Bart Giamatti in 1989. His 2015 attempt at reinstatement was denied by Manfred.

“You can’t imagine how painful it is when I see my teammates from all the great teams I played on and players I played against go about their lives in ways I wanted to,” Rose wrote. “I want to be a part of that too and I know I probably never will. I am so grateful for the time I shared with them on and off the field. Nothing replaces it.”

Rose, who will reportedly place the first legal bet at the Hard Rock Casino in Cincinnati in 2023, concluded his letter to Manfred acknowledging his accountability for his actions and asking for forgiveness while saying he is proud of what he accomplished during his career.

“I write now to ask for another chance.”

Manfred nor MLB have responded to Rose, per TMZ.