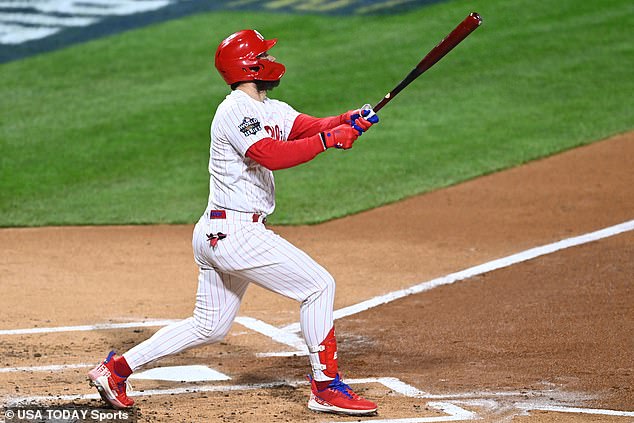 Philadelphia take a 2-1 lead in the World Series with an emphatic 7-0 win over the Houston Astros, spearheaded by a huge early homer from Bryce Harper in the rain-delayed third game

Bryce Harper got Citizens Bank Park rocking early when he sent a breaking ball from Lance McCullers over the right field fence for a 2-0 lead in the bottom of the first.

Solo shots by Alec Bohm and Brandon Marsh in the next inning pushed the lead to 4-0 before the Astros threatened with two on in the top of the fifth and Jose Altuve at the plate. 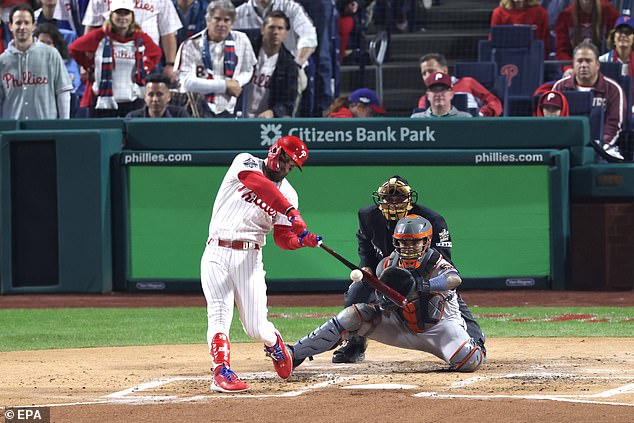 But Suarez, who was backed up in the early innings by some stellar plays from the unheralded Phillies defense, elicited a harmless fly ball to end what would be the Astros last best chance.

A 443-foot two-run shot from Kyle Schwarber and a solo shot from Rhys Hoskins further energized the raucous Philadelphia crowd, who saw their team’s record at home improve to 6-0 this postseason.

‘It’s our fanbase, plain and simple,’ Harper said after the game, which had been postponed by a day due to bad weather. 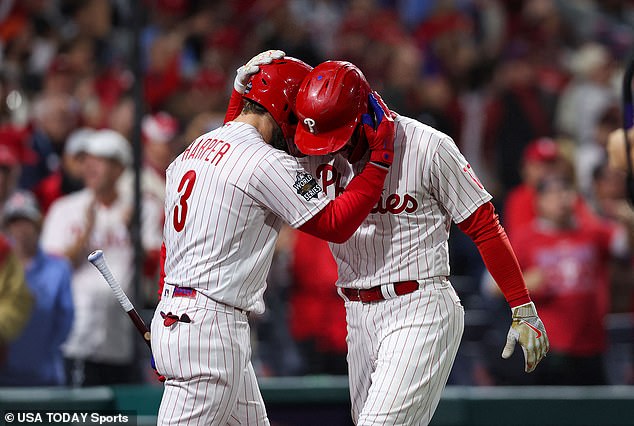 ‘They keep us going, keep us fired up. When we were able to come out on the field today, they were all here ready to go.

The Astros will look to even the series when they send Cristian Javier to the mound for Game Four.