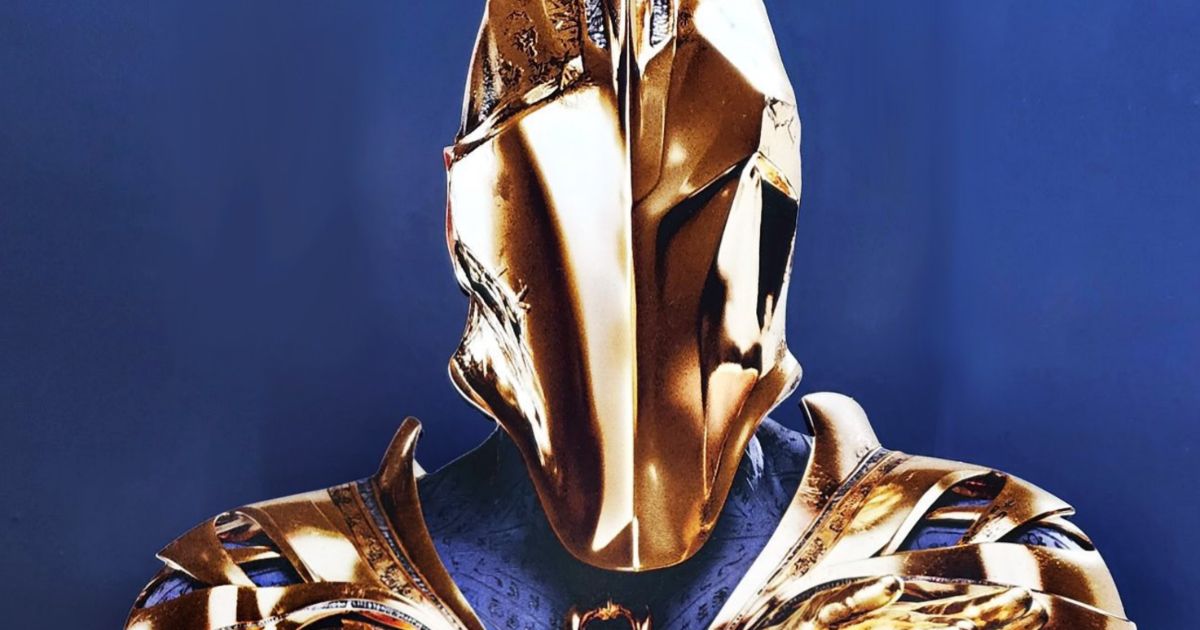 Black Adam is the only other DCEU movie coming out this year after Shazam! Fury of the Gods was recently pushed to March 2023, and surprisingly, Warner Bros. Discovery and DC Films are overly confident in Dwayne Johnson’s first superhero blockbuster.

Black Adam received the same test scores as Batgirl, but the former was high on spectacle, and the story was tweaked through much-publicized reshoots. Black Adam is now in the can and ready to introduce The Rock as the titular anti-hero along with the potential replacement of the Justice League – the Justice Society of America. Black Adam marks the first live-action film appearance of the JSA and many of its members, including Hawkman and Doctor Fate.

Dwayne “The Rock” Johnson has been actively promoting Black Adam lately and shared a brand-new character poster for Doctor Fate yesterday, captioning: “Fate does not make mistakes.” You can check out the poster below.

“I am the elder of the group. I’m assured he’s one of the oldest characters in the pantheon of comic-book characters. He’s an archaeologist. He has powers to foresee the future, and raise the dead, and teleport, while wearing a gold helmet.”

“Absolutely, yes [On the necessity of the helmet]. It’s a blessing and a curse. It’s almost like a drug addiction in some respects. It takes a lot of energy to wear the helmet. It was a very beautifully designed outfit and helmet, which I’m quite fond of. Jaume Collet-Serra is very inclusive in the collaboration. He was wonderful in the sense that he would send me designs of the helmet, so I could participate in the look of it.”

Related: Black Adam: Why DC Fans Should Get Hyped

Dwayne Johnson has been teasing that Black Adam will change the hierarchy of the DCEU ever since the film’s announcement. Johnson has been rallying to play the character for over a decade and is leaving no stone unturned to make sure Black Adam doesn’t disappoint. The film already has Amanda Waller in a supporting role, confirming its connection to the current DCEU timeline, and will feature the JSA, who’re probably replacing the Justice League.

There are plans for spin-offs and more Black Adam stories in the future as well, and Johnson has also hinted at a battle with Shazam and Superman down the line. Let’s hope WBD and DC Films don’t screw up and deprive the fans of that awesome moment.

Directed by Jaume Collet-Serra, Black Adam also stars Aldis Hodge, Noah Centineo, Sarah Shahi, Marwan Kenzari, and Quintessa Swindell. Black Adam will premiere on October 21, 2022. Another trailer is expected to arrive soon, so keep an eye out. In the meantime, read the official plot synopsis for Black Adam and watch the trailer below.

“Nearly 5,000 years after he was bestowed with the almighty powers of the ancient gods—and imprisoned just as quickly—Black Adam is freed from his earthly tomb, ready to unleash his unique form of justice on the modern world.”