Netflix made one thing clear this morning: Harry & Meghan‘s juiciest and most damning revelations about the royal family and what led Meghan Markle and Prince Harry to step back from their senior royal family role are coming in volume II of the docuseries, out Thursday. And the bulk are coming straight from Meghan and Harry’s lips.

Netflix released its first trailer for episodes four through six of the series, featuring more videos and footage of the couple’s children, clips from Harry’s self-described “freedom flight” after their final engagement as working royals in March 2020 itself, and the Duke and Duchess of Sussex speaking in candid detail about why they had to leave their royal positions.

“I wonder what would’ve happened to us had we not got out when we did,” Harry started the trailer musing.

“Our security was being pulled. Everyone in the world knew where we were,” Meghan added.

“I said ‘We need to get out of here,’” Harry added, indicating he made the call despite many media outlets framing it as “Megexit.”

But perhaps the most jarring reveal came after when Harry addressed the way the Palace handled stories about his brother Prince William versus him.

“They were happy to lie to protect my brother,” Harry said, seemingly referring to the palace and its communications team. “They were never willing to tell the truth to protect us.”

He added later in the trailer, “I’ve always felt as though this was a fight worth fighting for.” You can watch it all below: 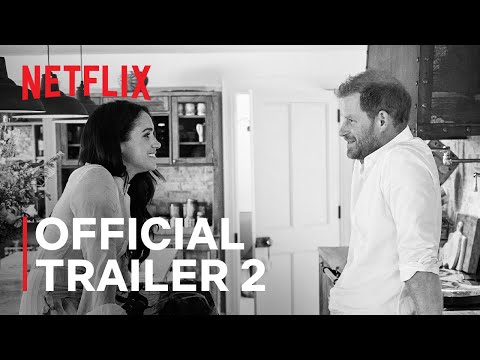 On Friday, the Duke and Duchess of Sussex’s spokesperson released a statement regarding their leaving the British royal family and why they decided to step back amid criticism they did it for privacy yet were showing their lives so openly in this documentary now.

“The Duke and Duchess have never cited privacy as the reason for stepping back,” the statement began. “This distorted narrative was intended to trap the couple into silence. In fact, their statement announcing their decision to step back mentions nothing of privacy and reiterates their desire to continue their roles and public duties. Any suggestion otherwise speaks to a key point of this series.”