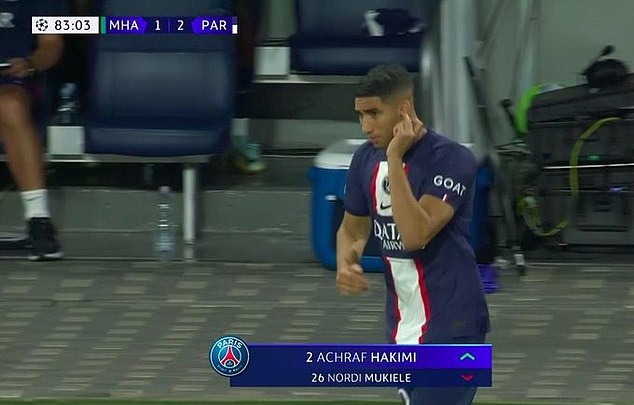 PSG star Achraf Hakimi is BOOED by Israeli side Maccabi Haifa fans having previously expressed pro-Palestine views, as the defender cups his ear to the jeering supporters after coming off the bench in Champions League clash

The 23-year-old right-back came off the bench to replace Nordi Mukiele in the 83rd minute and was jeered by the home fans as he has been a vocal advocate of Palestinian rights.

The Moroccan international Hakimi touched his ear in reply to loud boos by the home fans.

Hakimi is an avid supporter of the Palestinian cause and showcased his support on Twitter last year when residents of the Sheikh Jarrah neighbourhood were evicted by the Israeli government.

It is not the first time Hakimi has been targeted by supporters as he was also booed in Tel Aviv earlier this year when PSG faced FC Nantes for the Trophee des Champions.

Israel and Palestine have been involved in horrific clashes for numerous years and tensions between the two escalated drastically last year.

The ongoing conflict between Israel and Palestine heightened after Hamas aimed missiles towards Jerusalem in August, with Israeli forces responding by raining down on the Gaza Strip with air strikes of their own.

The week of violence was the worst seen between Palestine and Israel since 2014.

Both sides were urged to ease tensions by nations around the world as thousands of Palestinians were forced to flee from their homes. More than 400 people are thought to have died in the strikes in August. 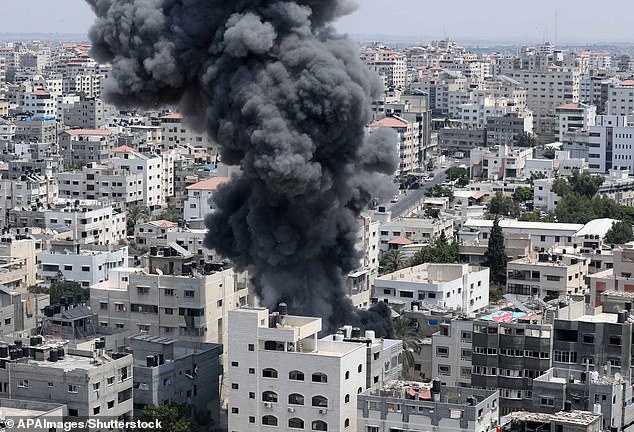 Smoke rises from a building following an Israeli air strike on Gaza City on August 6, 2022

On the pitch, PSG sealed a 3-1 win over Maccabi Haifa in their second Champions League group-stage match thanks to goals from Lionel Messi, Kylian Mbappe and Neymar, despite a nervy start which saw them surprisingly fall behind.

Midfielder Tjaronn Chery volleyed in a cross in the 24th minute to give the hosts a shock early 1-0 lead at the Sammy Ofer Stadium.

Messi levelled just before half-time, converting from eight yards after Mbappe’s cross, meaning the Argentina international has now scored against 39 different teams in the Champions League. 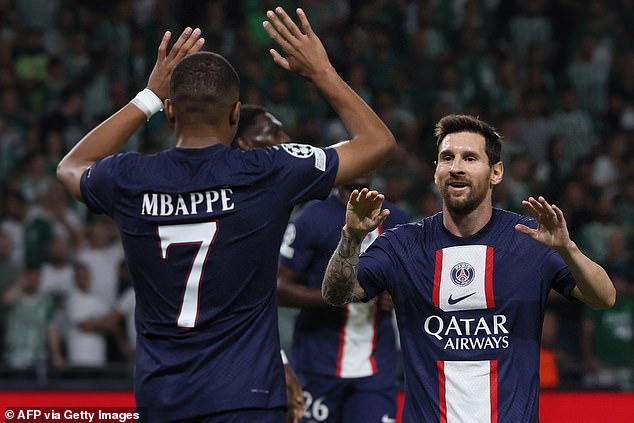 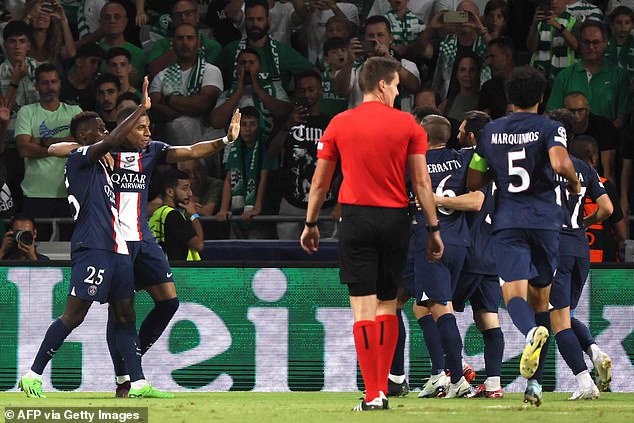 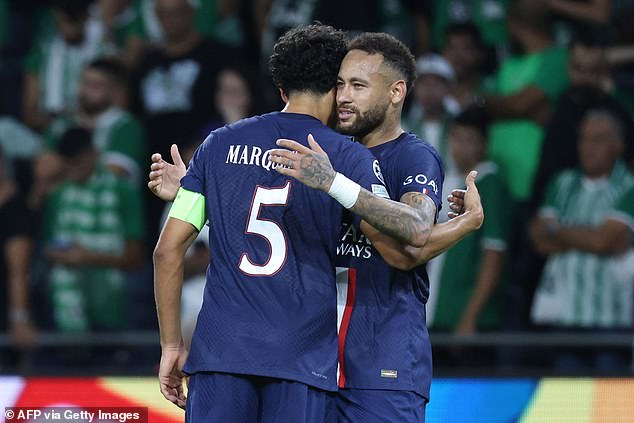 The Brazilian latched onto Marco Verratti’s lofted pass from midfield in the 88th minute, controlled the ball on his right thigh and drilled home to end a barren run in the Champions League dating back to December 2020.

PSG remain unbeaten in the Champions League as they sit top of Group H, level on points with Benfica.