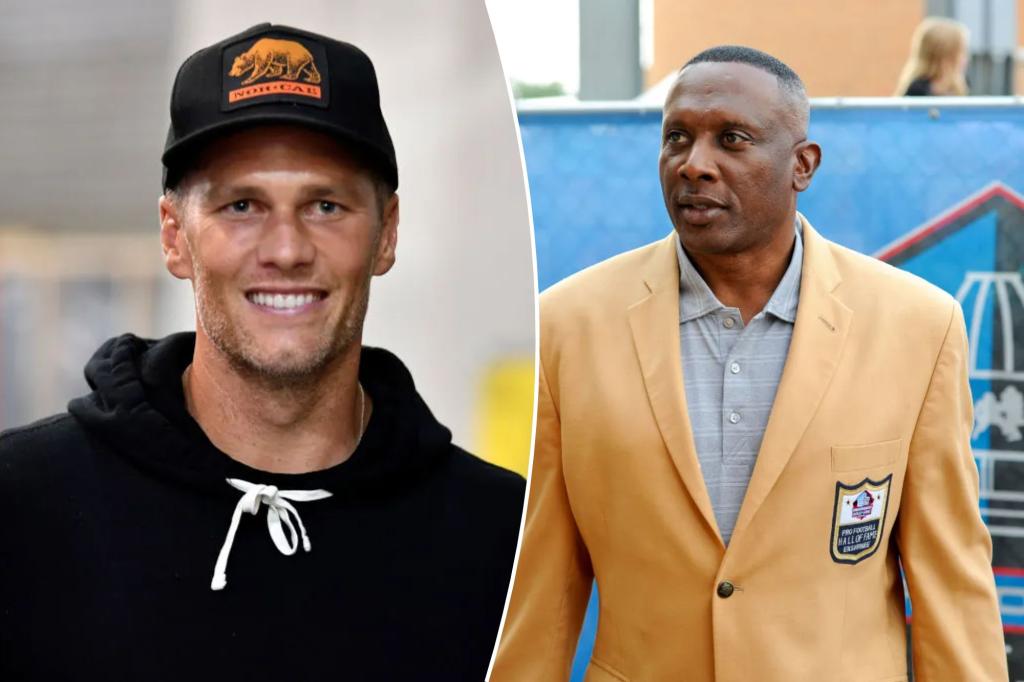 Tim Brown does not want Tom Brady on the Raiders.

Las Vegas has been rumored as a destination for Brady, a free agent this offseason, because of the relationship between the quarterback and head coach Josh McDaniels, who was Brady’s longtime offensive coordinator in New England. Appearing on “Maggie & Perloff” on CBS Sports Radio, the former receiver, who spent the bulk of his NFL career in the silver and black, sought to veto that idea.

“I don’t think Tom Brady should be in the plans at all,” Brown said. “But, because of that relationship, I think that’s a possibility.

Asked why Brady shouldn’t be in the team’s plans, Brown responded, “Well, I think he’s starting to show that he’s 45-46 years old. His inability to move — when you look at the quarterbacks in the league today you have very few who are pocket quarterbacks. Joe Burrow is probably the closest thing you get, but God knows when it’s time to run, he can get out of the pocket and make it happen.

“Tom Brady is never gonna do that. I just don’t believe in this league, and yeah, Tom has won all these Super Bowls, but I just think the league is moving to a point where you have to have a quarterback that’s able to move around and get some things done with his feet every once in awhile.”

Brown played wide receiver for the Raiders from 1988 through 2003, catching over 1,000 balls for nearly 15,000 yards and making the Pro Bowl nine times. He was inducted into the Pro Football Hall of Fame in 2015.

Brady was noncommittal earlier this week when asked about his future plans.

“Jim, if I knew what I was going to f–king do, I’d have already f–king done it,” Brady told Jim Gray on their SiriusXM show on Monday night. “I’m taking it a day at a time.”