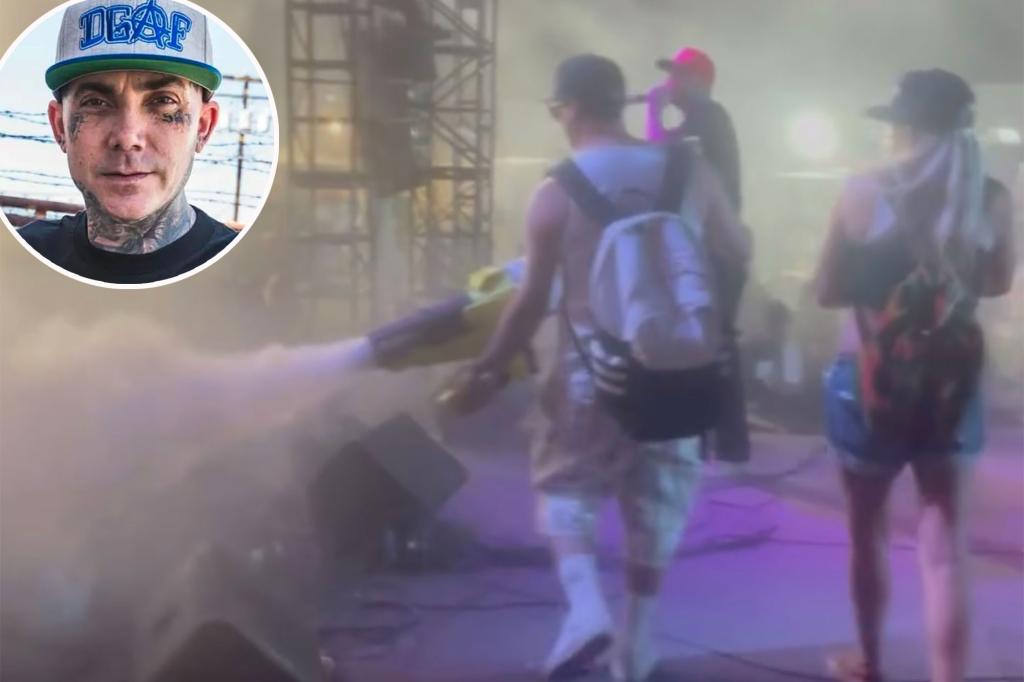 During Chucky Chuck’s set at Kushstock in Adelanto, California, on Saturday, the rapper had operators come out with two cannabis cannons, dowsing the crowd in clouds of marijuana.

The illegal-in-some-states moment happened during his 2019 track “Smoke That.”

The 21-and-over crowd seemed more than okay with the creation, as audible “woos” and hands emerged through the haze.

The cannons were created by ES Smokebusters, who makes custom cannabis creations, according to their Instagram bio.

As seen on its Instagram Stories, the business used leaf blowers and cooking pot strainers to complete the project and filed them with lots and lots of Mary Jane.

Once loaded, the cannons were lit on fire with huge blowtorches.

“Nothing but vibes all day mad love @kushstockcali @kushed_out_818 @garage_powder @donutz4dollarz @mikeceo1 @bvrbiexx everyone that rocked with me, performed, vended, or just came to have a good time shut out to everybody involved!” he added.