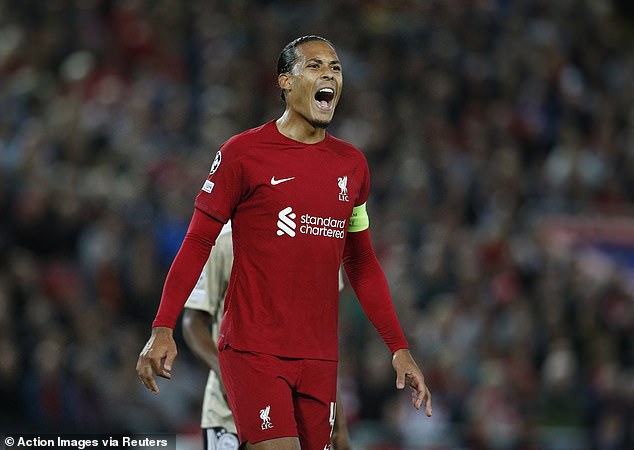 ‘This is his time to shut a few people up’: Rio Ferdinand tips Virgil van Dijk to target a return to form by stopping in-form Erling Haaland’s goal rush… describing Liverpool’s clash against rivals Man City as ‘the perfect game’ for the struggling Reds

By Dan Ripley for MailOnline

Rio Ferdinand insists Liverpool may not have a better time to play Manchester City despite their stuttering start to the season.

The Reds were one of the Premier League title favourites but have been slow out of the blocks this term and are down in 10th place already 13 points off of Pep Guardiola’s side and 14 points off Arsenal at the summit.

City’s excellent start to the season has been magnified by the stunning form of summer signing Erling Haaland who already has 15 Premier League goals in just nine matches this season.

On paper it appears Liverpool could not be facing their closest title rivals at a worse time, but Rio Ferdinand believes it could in fact be a blessing for the Reds when the teams meet at Anfield on Sunday.

The former Manchester United centre-back also claims the fixture is an ideal game for some of Jurgen Klopp’s struggling stars such as Virgil van Dijk to play themselves back into form.

‘It’s a great opportunity (for Liverpool),’ he told BT Sport. ‘I used to look at these games if we were a bit out of form and going into a big game you should look at it as this is the perfect game. 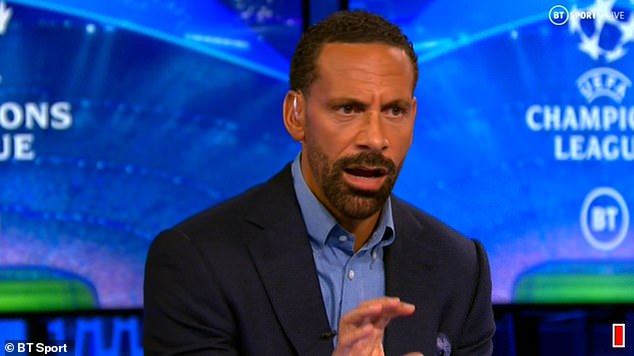 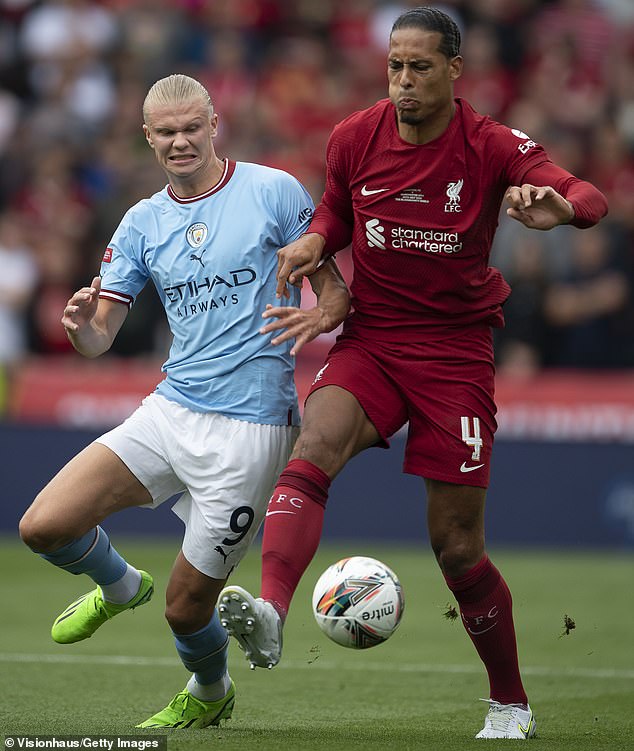 ‘This is what Liverpool should be thinking. This is Virgil van Dijk’s time to go and shut a few people up, people are questioning him now, he was almost the invincible at one point, the best player on plant earth right now, the most in-form right now, Haaland is coming to town, “I’m going to put it on him, shut it up.” All of a sudden the dynamic changes and the confidence grows, and everyone is back on the path.

Ferdinand was speaking after Manchester City could only muster a goalless draw at Copenhagen in the Champions League, even though the result helped confirm City’s place in the last-16.

Pep Guardiola chose to rest Haaland for the game ahead of the upcoming fixture at Anfield, despite his team labouring in front of goal and having to play with 10 men after a first half red card for Sergio Gomez.

Ferdinand jokingly claimed that City were nothing special as opposition without the Norwegian striker after struggling to break down Danish opposition many predicted they would comfortably defeat. 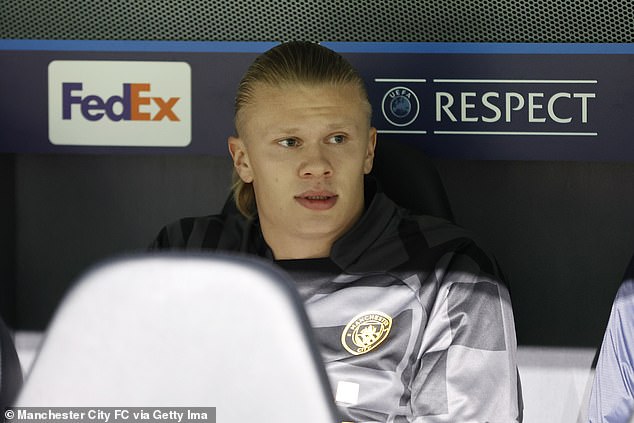 ‘It seems if he doesn’t play they are a bang average team,’ he added before laughing.

‘Listen he (Pep) has rested him, looking at the game at the weekend, they needed a draw today to qualify, so all eyes now are on Sunday against Liverpool. They want to take them out and it says it all there.’

Liverpool do not have the same luxury as City to rest players in their Champions League group and head into Wednesday night’s clash at pointless Rangers still needing to pick up three points to keep their path to the knockout stages on course.

Defeat at Ibrox while not a disaster would invite the Scottish side back in with a chance of progressing, along with Ajax who are third place in the group and three points behind the Reds who in turn are three points behind Napoli who have won all their games so far.