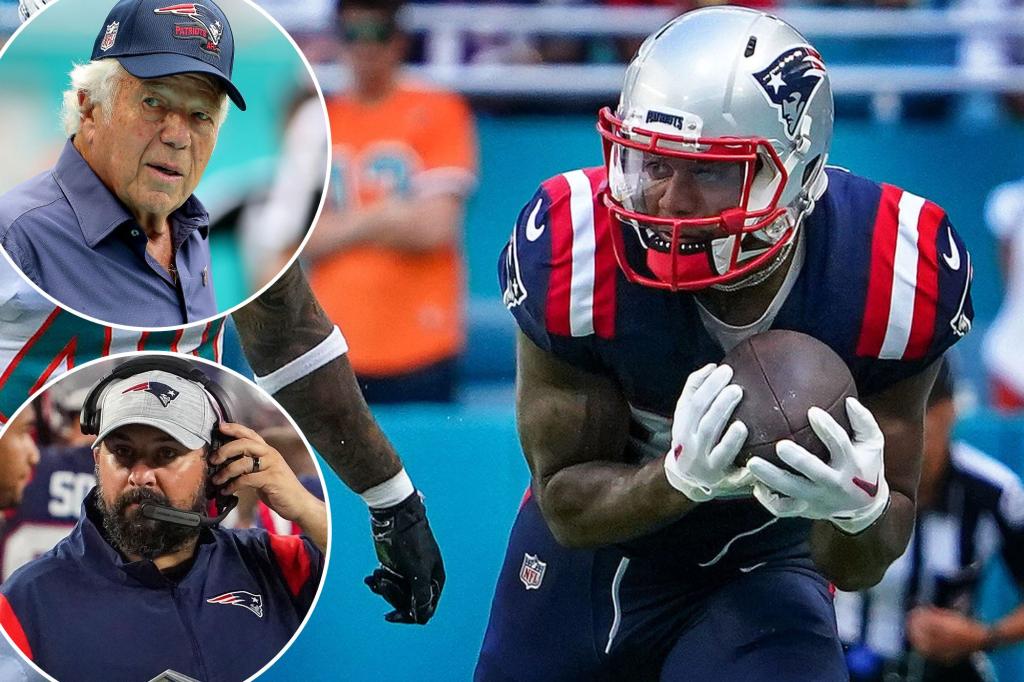 Much like the rest of Patriots Nation, team owner Robert Kraft would like to see more production from the offense following Sunday’s dismal season-opening loss to the Dolphins — and that apparently includes more reps for a certain player linked to offseason drama.

Kendrick Bourne, the Patriots’ second-leading receiver in 2021, played two snaps during New England’s 20-7 loss to Miami, one of which included a 41-yard pass from quarterback Mac Jones. Kraft apparently took notice, per NBC Sports Boston’s Tom E. Curran, and is said to have made his feelings about the matter known.

“It’s my understanding, I was not told directly, but it’s what I have gleaned: Robert Kraft noticed it, Robert Kraft made his opinion known, and going forward, I think Kendrick Bourne will have a bigger role,” Curran said this week on “Gresh & Keefe.”

Bourne, who signed a three-year, $15 million deal with the Patriots in March 2021, had a solid season last year, recording 55 receptions for 800 yards and five touchdowns in the Josh McDaniels-led offense.

This year, New England has offensive coaches Matt Patricia and Joe Judge at the helm, with concerning reports coming out of training camp throughout the summer. Earlier this month, Albert Breer of The Monday Morning Quarterback floated the idea that Bourne’s struggles could be attributed to his feelings on the newly installed offense. Further, Curran said in a report Tuesday that sources relayed to him that the 27-year-old wideout and Patricia “haven’t exactly jelled.”

Leading up to the Patriots’ preseason game against the Panthers in August, Bourne is said to have been “a smidge late” to a team meeting and was benched as a result.

“There was a meeting prior to the Carolina Panthers game that he was just a smidge late to, I was told that resulted in the benching that night. All of those things, I think, combined have landed him in Matt Patricia’s doghouse,” Curran also said on “Gresh and Keefe.”

The Patriots will visit the Pittsburgh Steelers in Week 2.