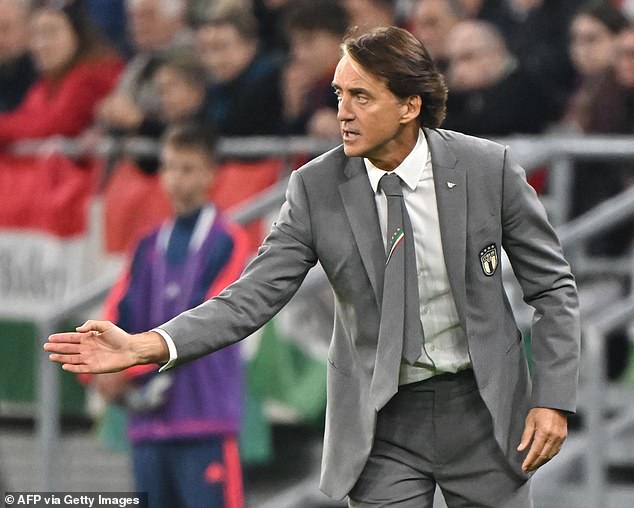 ‘I have thought about leaving’: Roberto Mancini admits he considered RESIGNING as Italy boss after failing to qualify for next month’s World Cup… as he insists ‘the responsibility lies with the coach’ when ‘things don’t go well’

By Henry Tomlinson For Mailonline

Roberto Mancini has revealed that he considered resigning from his position as the Italy manager after missing out on World Cup qualification.

The Azzurri will be watching the World Cup in Qatar from home after they were beaten by North Macedonia in the qualifying play-off in March this year.

Aleksandr Trajkovski’s 92nd-minute goal broke the European champions’ hearts as his strike meant that the Italians will miss out on a second consecutive World Cup tournament. 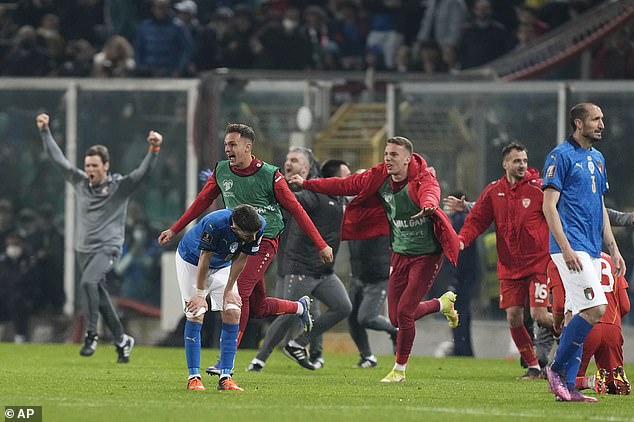 The former Manchester City manager has now revealed that the failure led to him considering his role as the boss.

Mancini told La Gazzetta dello Sport: ‘When things don’t go well it’s clear that the responsibility lies with the coach, it can also be, I have also thought about leaving.

‘We did something wrong and sometimes you have to have a bit of luck, as happened at the European Championships, where we deserved to win.

‘We have to accept defeats, even if they are hard, and start again. In the qualifying round we were always in the lead, we dominated it as we did in Basel. 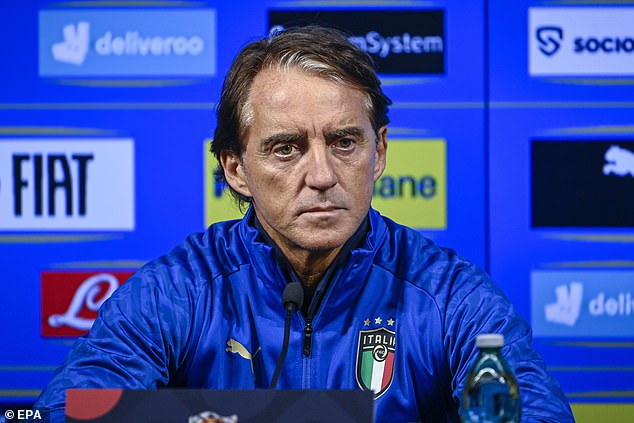 ‘The second match against Switzerland in Rome was a bit more difficult but we had that penalty in the 89th minute. It was a group in which we were quite calm, despite the difficulties and injuries, the team did not devolve, that’s what we regret.

‘Leaving aside the game with Macedonia, which was a doomed match as we conceded the goal on the first shot in the 94th minute, we went to the playoffs without ever losing.

‘The desire to coach is always there, the two Nations League games gave us a little help, getting to a final stage is always good. But now the most difficult month begins.’

It is not all doom and gloom for Italy as there are plenty of promising players coming through and breaking into the national side. 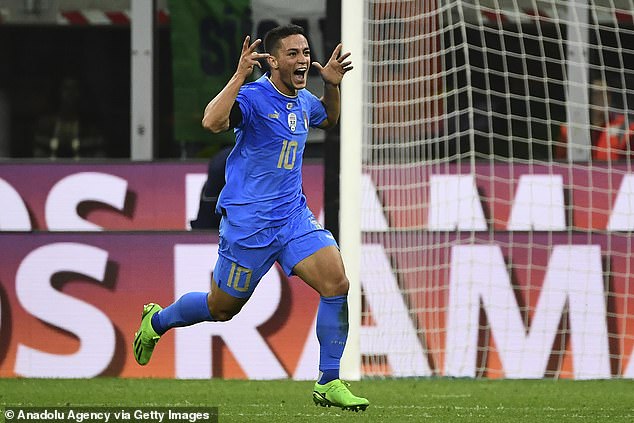 One of the most promising is Sassuolo forward Giacometti Raspadori, who is currently on loan at Napoli.

Mancini said on the attacker: ‘We brought Raspadori to the European Championship when he had only a few games in Serie A, but he has important qualities.

‘He is a very intelligent boy and this is also an advantage.’