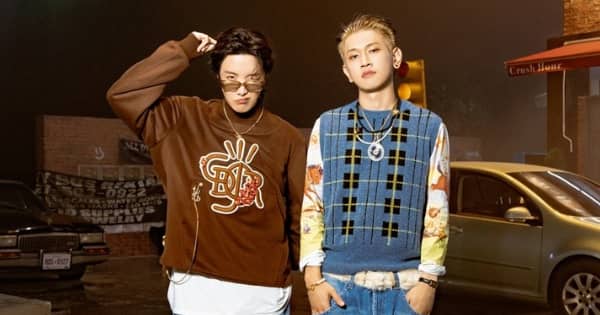 BTS member Jung Hosoek aka J-Hope is on fire! Nope, not literally, but boy, his new single with Crush called Rush Hour dropped a couple of minutes ago. Rush Hour ft J-Hope is as guessed one of the biggest trends on Twitter already. J-Hope is dropping his solo music and winning hearts these days and he has done just that with the new single – Rush Hour. BTS ARMY who were waiting for the MV of Rush hour were pleasantly surprised after watching it for there were hints of other Bangtan Boys‘ songs including Mic Drop. Also Read – Trending Hollywood News Today: Chris Evans in The Gray Man 2, J-Hope’s parents react to Lollapalooza performance and more

Rush Hour ft J-Hope is J-Hope’s second solo project. J-Hope started off with his solo album, Jack In The Box. The solo album consists of 10 songs. And after winning hearts with the songs such as Arson, More and others, Jung Hoseok aka J-Hope surprised everyone with his performance at the Lollapalooza. And now, he is here with another single in collaboration with Crush, Rush Hour. The rapper steals the show and how! Be it with his rapping skills or his ‘Smooth like Butter’ moves. Also Read – BTS: On Kim Taehyung’s birthday, fans from Dubai, Egypt, India, Ukraine, Chile and other nations shower love on their Baby Bear — view pics

BTS J-Hope shares a snippet from Rush Hour with Crush:

Rush Hour would be like a pleasant surprise for the ARMY as it has a couple of BTS song references. The most prominent one is the Mic Drop choreography that has been used in the Rush Hour song. And it’s J-Hope, so watching Hobi perform the choreo has sent ARMYs into a tizzy. That’s not it, some of the ARMYs found references to Butterfly, We Are Bulletproof Pt 2 and other songs as well. Check out the tweets of BTS ARMYs here: Also Read – BTS: J-Hope is flooded with birthday wishes from the Army as the singer turns a year older — read tweets

Not only they are so fitting to the song and his rap verse, but it also shows how he so proudly brings him being part of BTS to everything he does#RushHour #RushHourOutNow #RushHourftJHOPE

Was hard to miss the few Mic Drop moves in the choreography???loving this retro beat and seeing Jhope dancing and singing. Banging#RushHourftJHOPE#RushHourOutNow https://t.co/z6x9v79xRi

#RushHourWithCrushxJhope #RushHourftJHOPE – MV once again proving Hobi can wear ANYTHING and pull it off.

Talking about J-Hope, during his short interview with Zico, J-Hope opened how up about why he didn’t collaborate with any artist for his solo album debut. Hobi said that he wanted to lay a foundation and put forth the image of himself as a solo artist who can do anything and everything. And now, we think we will get more of Hobi’s solo and collaborative works. J-Hope’s surely in demand after Jack In the Box.