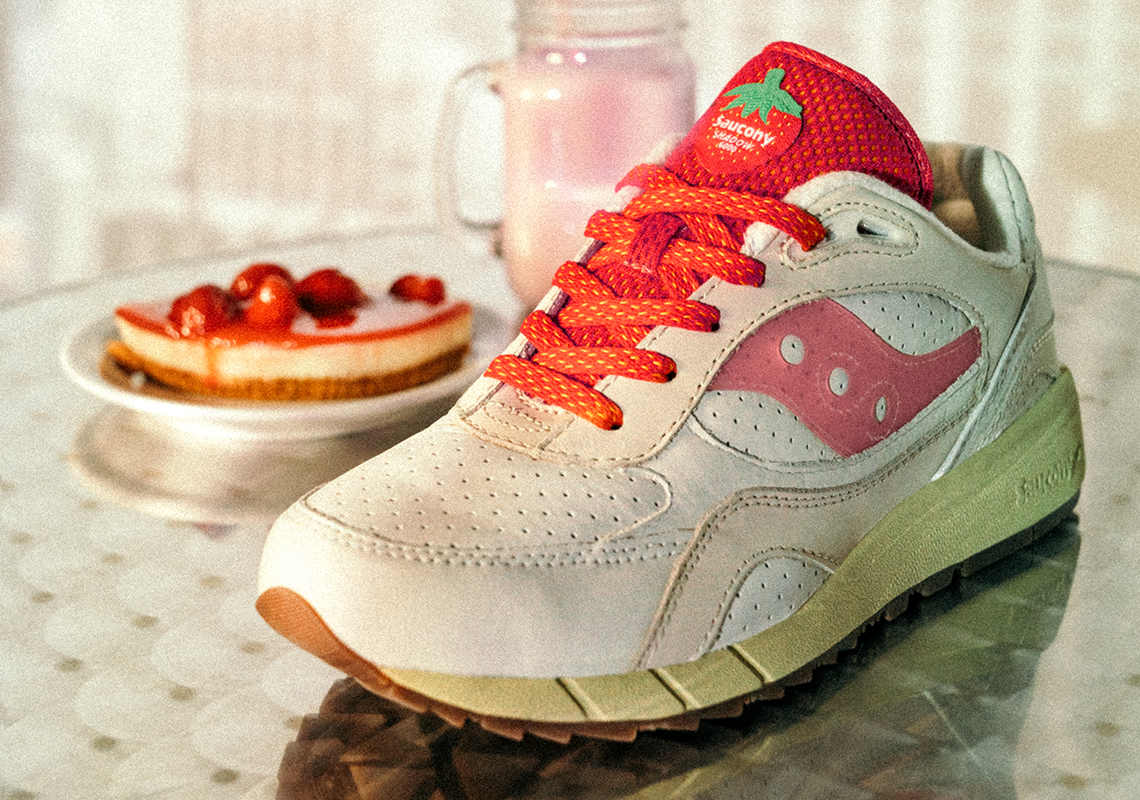 Having previously likened their classics to burgers and even the signature offerings of Dunkin’ Donuts, Saucony is extremely well-versed in the art of food-inspired colorways. And for their Fall ’22 menu, the footwear brand is drawing design cues from New York’s world-famous strawberry cheesecake, applying the dessert’s palette to their Shadow 6000.

Building off the success of the silhouette’s “Food Fight” colorway — which released in 2021 to quite a bit of applause — the Shadow 6000 “New York Cheesecake” is dressed with various nods to the dish’s core ingredients. True to the real deal, strawberries make the most memorable impression here: the fruit is not only stamped onto the sockliner and tongue, it also influences the texture and tone of the entire lace unit and side logo, respectively. These details are then complemented by a series of neutral finishes, from the cheese-like tones of the adjacent paneling to the graham cracker feel of the sole below.

For a closer look at the Saucony Shadow 6000 “New York Cheesecake,” see below. If you’re interested in picking up a pair, they’re available right now on Saucony.com for a retail of $140 USD.

In other news, new images of the upcoming New Balance 990v6 have just surfaced. 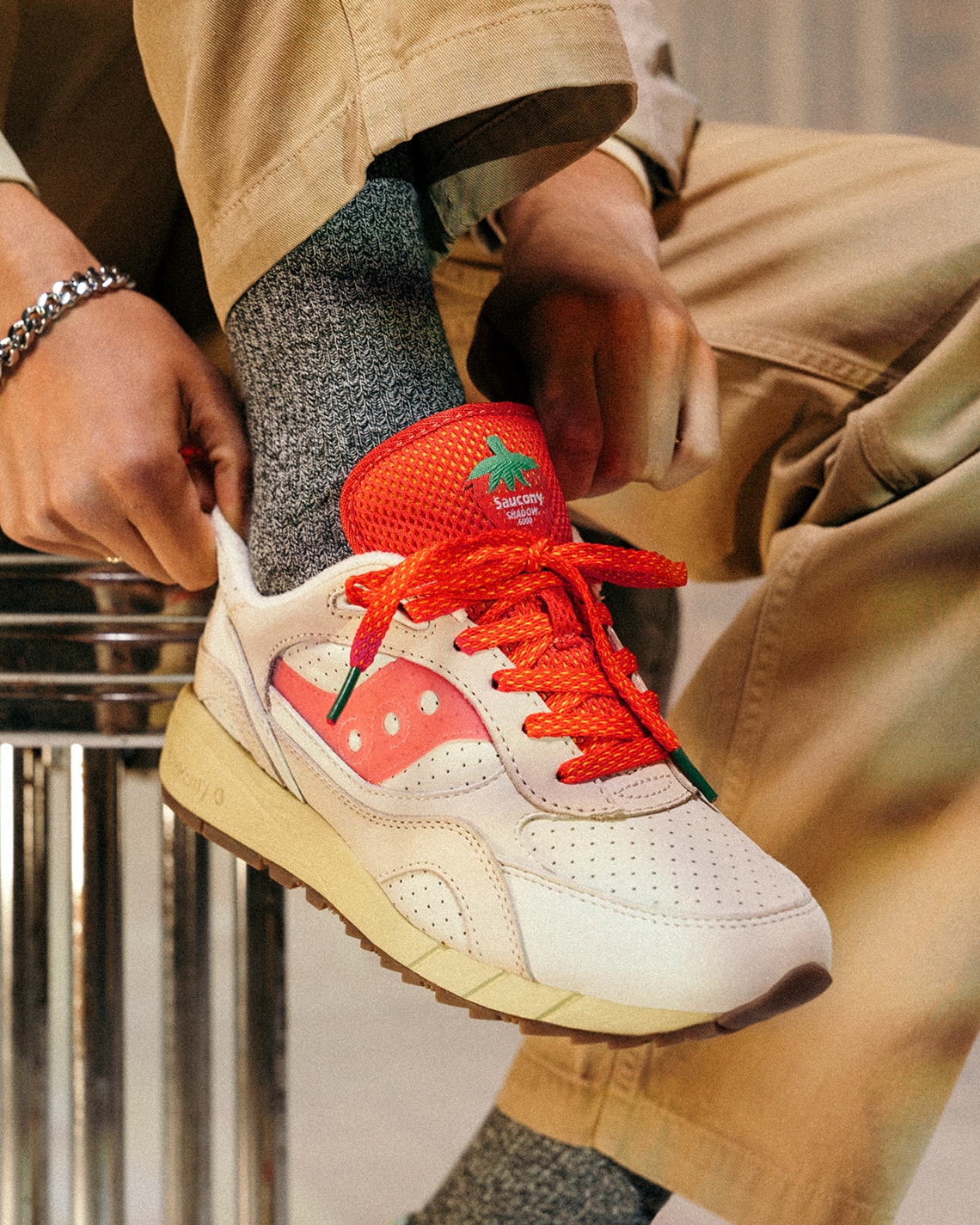 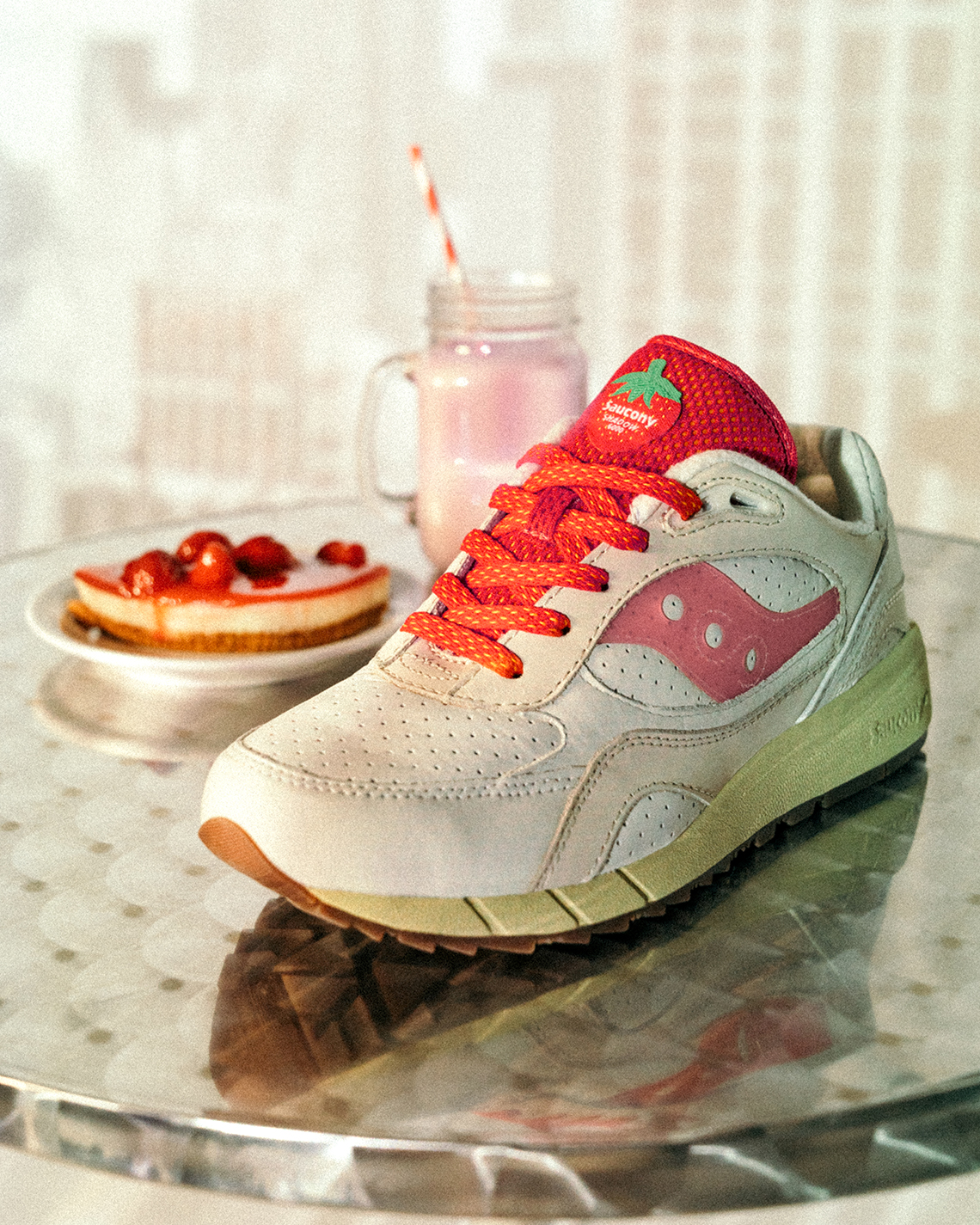 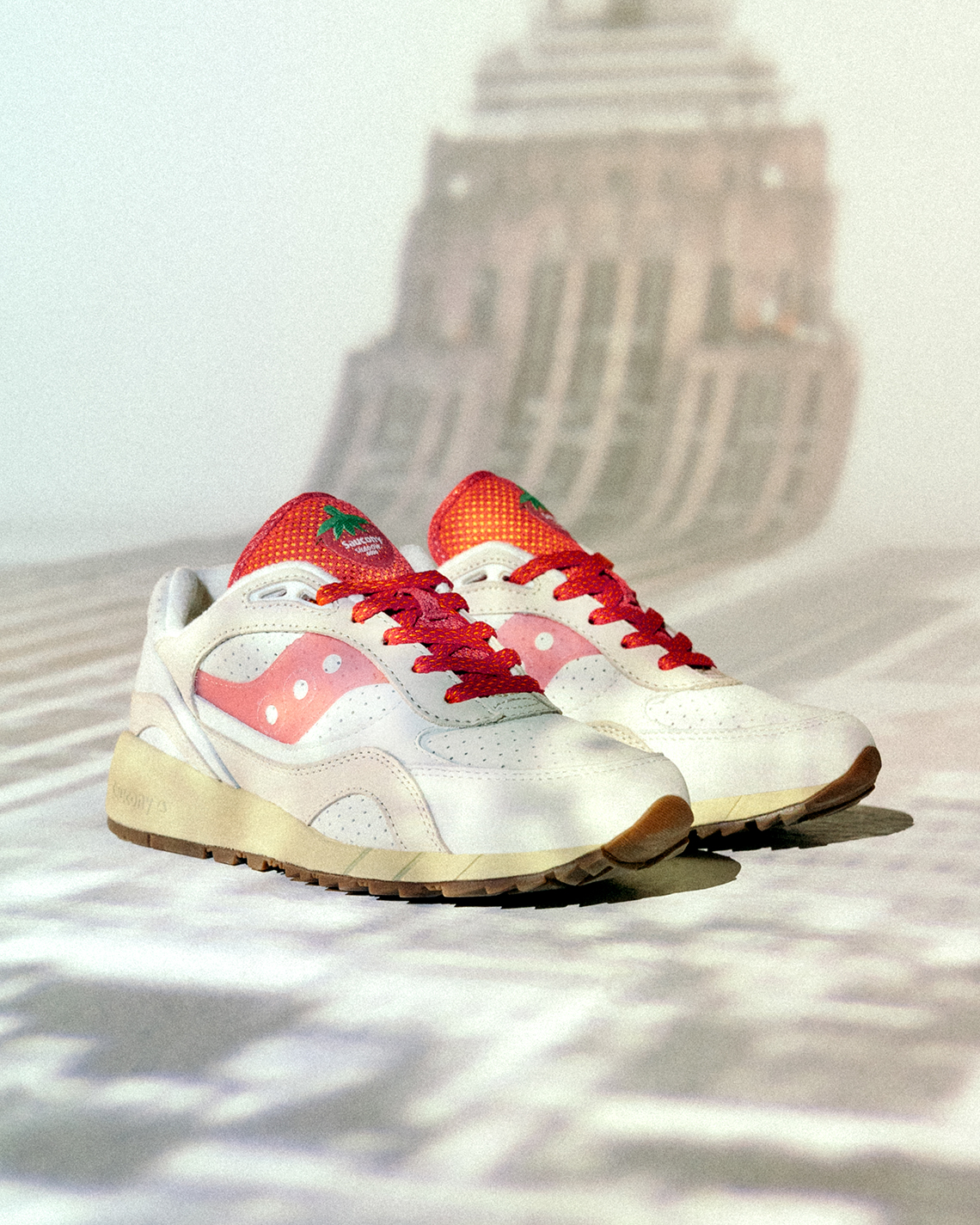 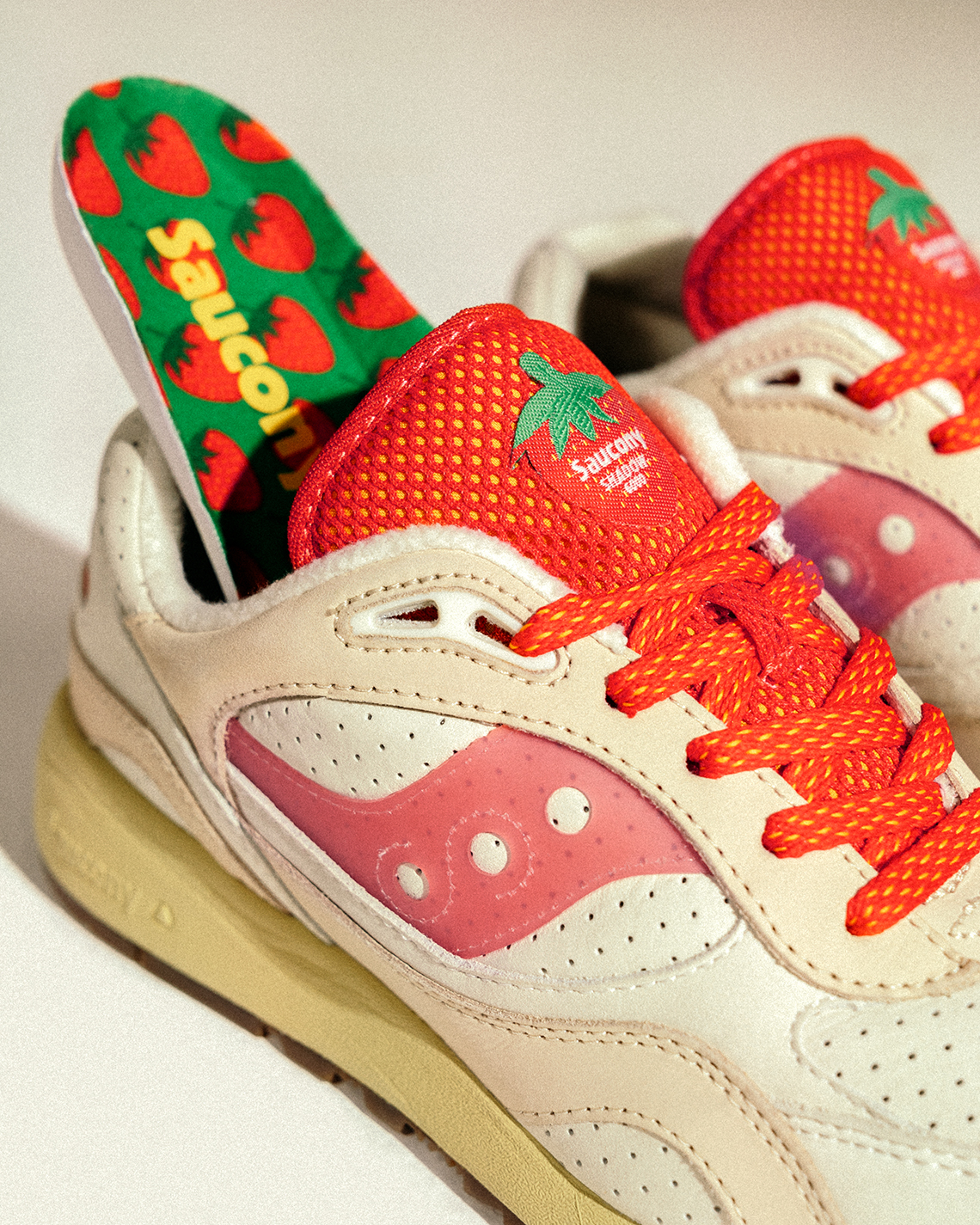 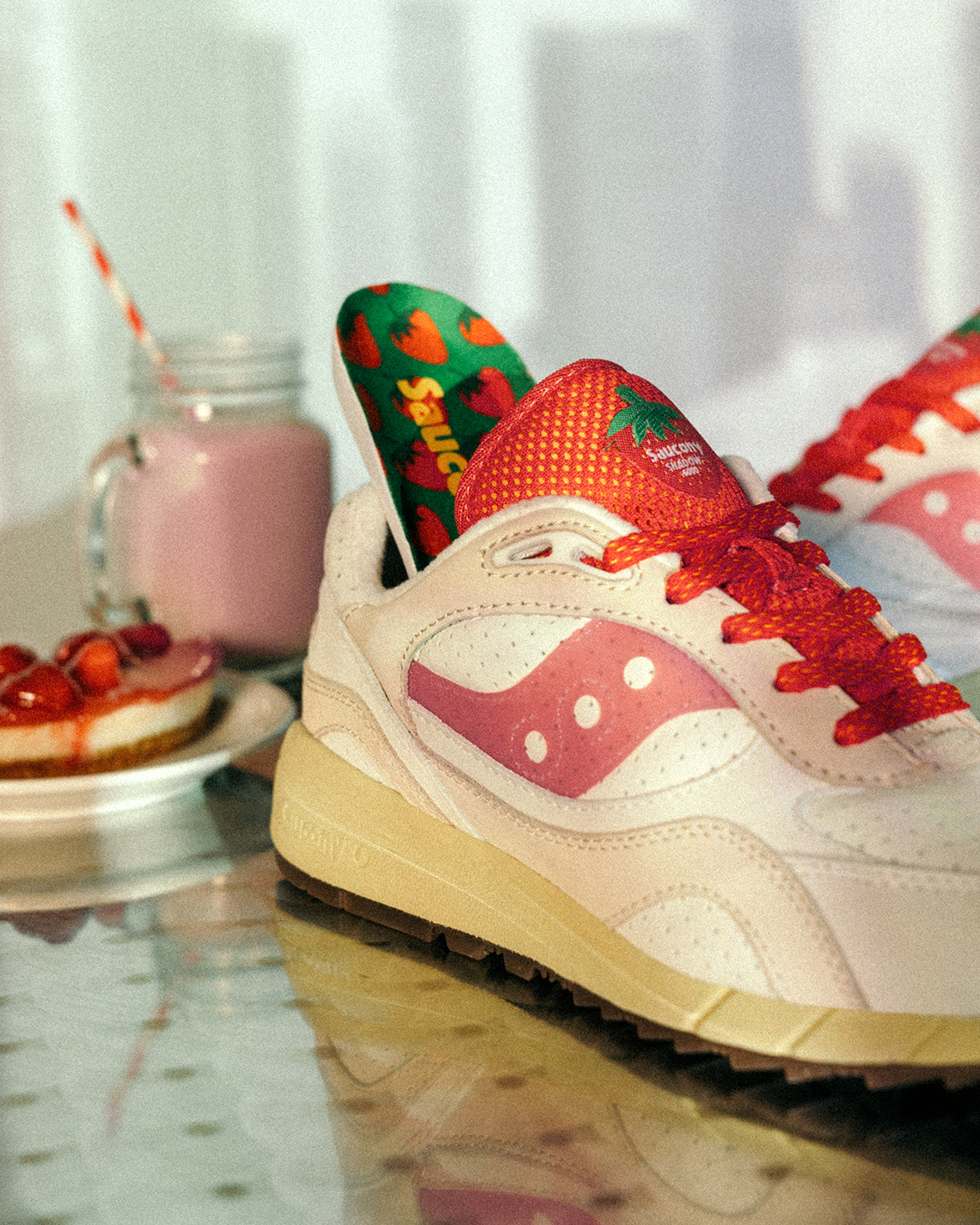 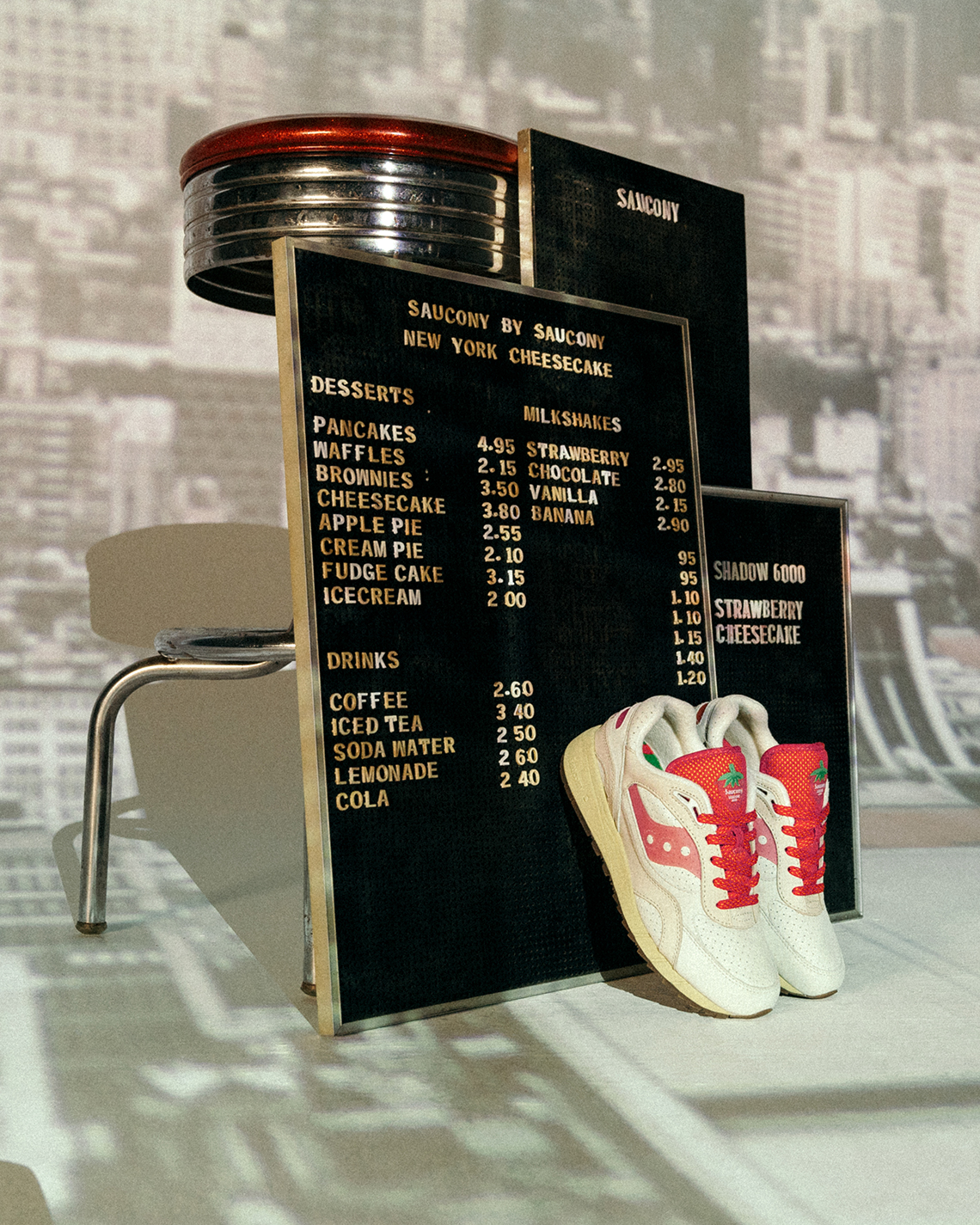 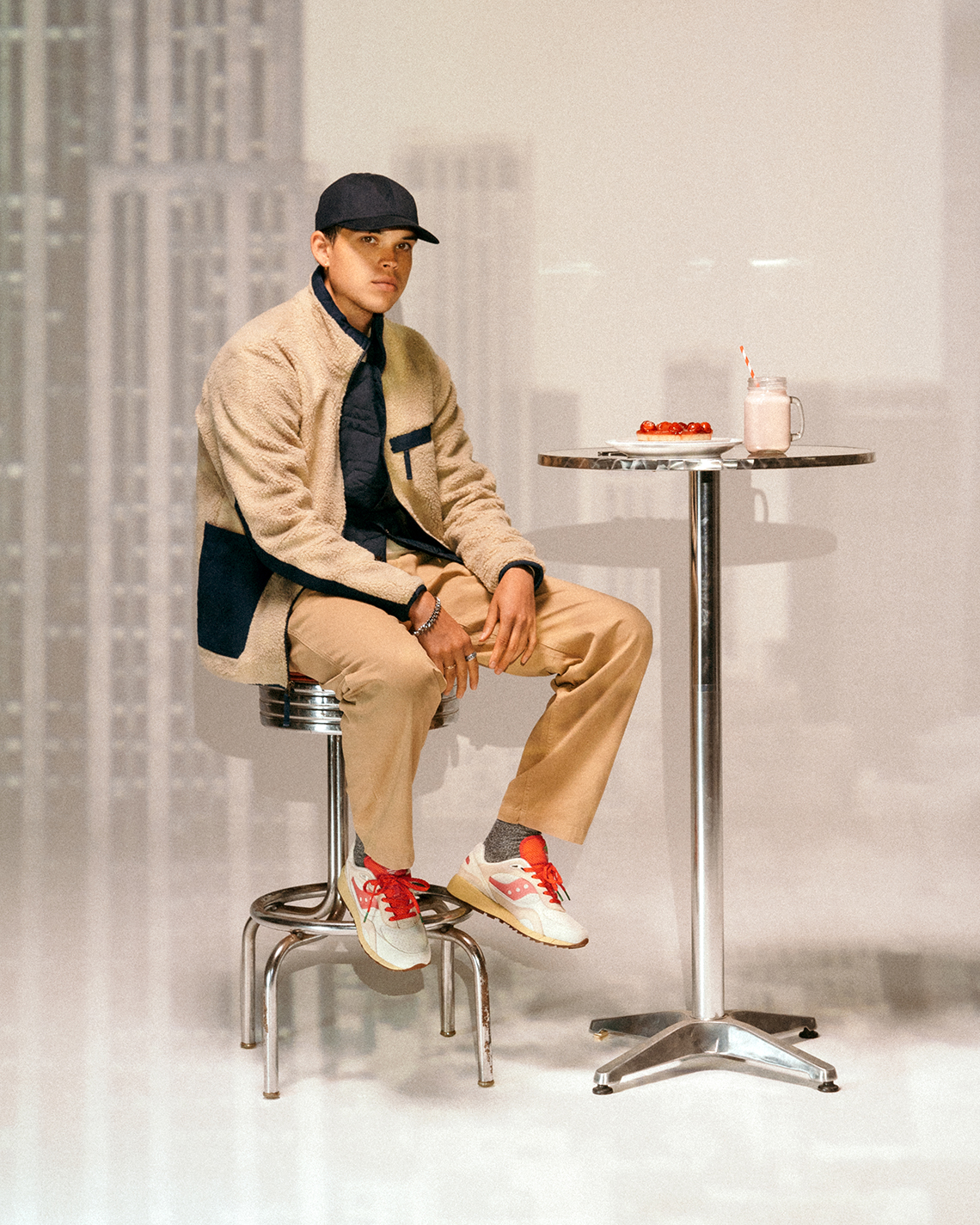 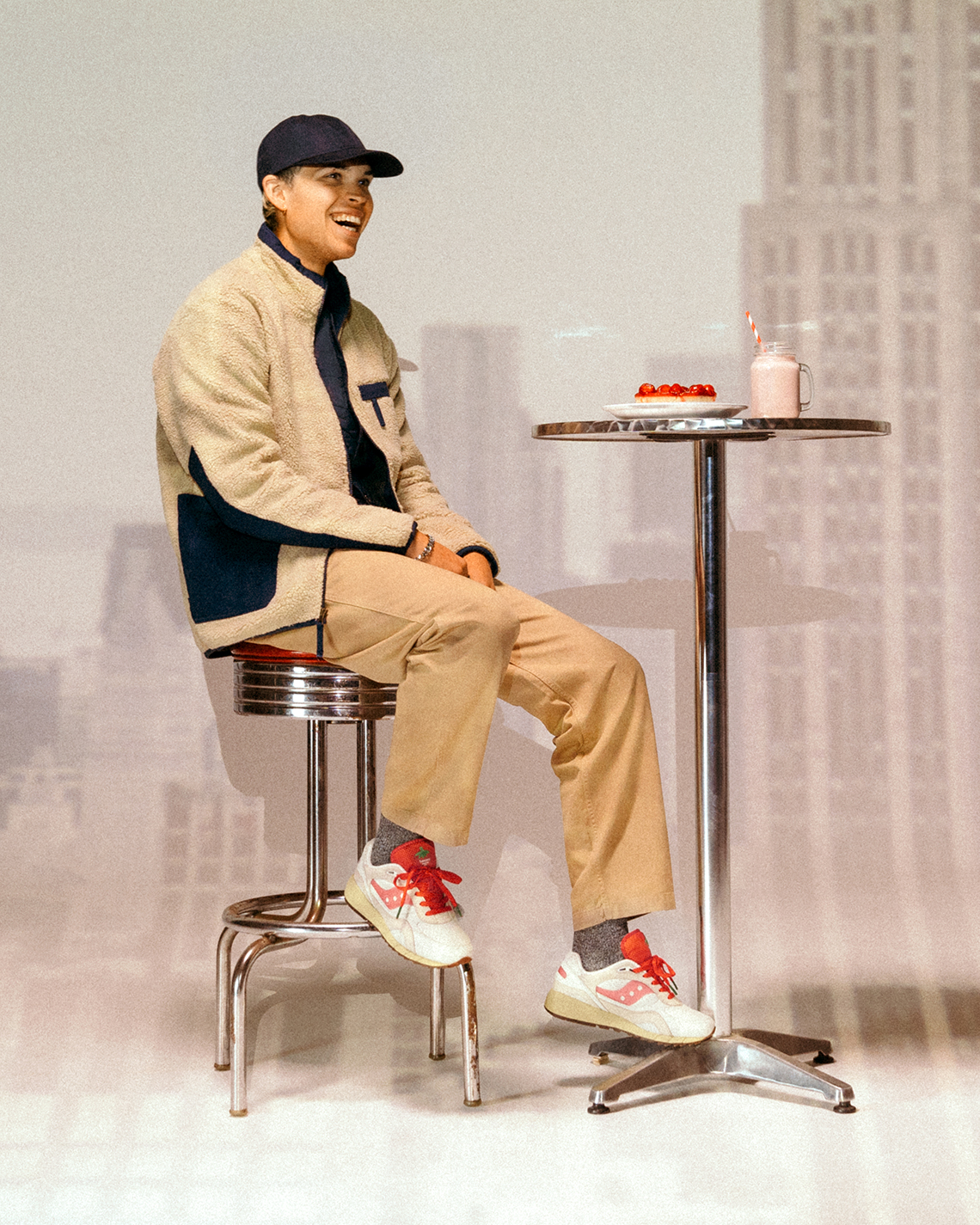 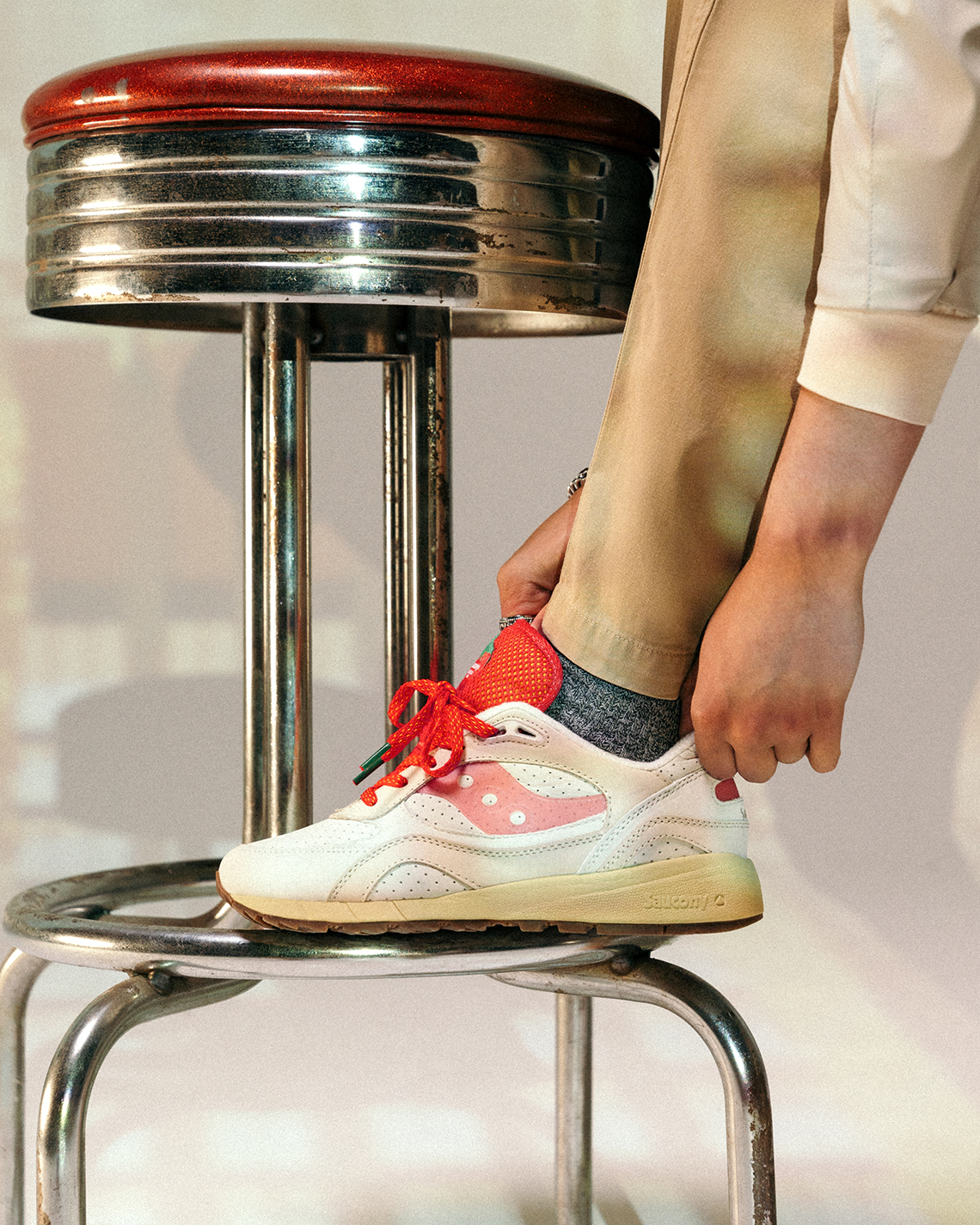 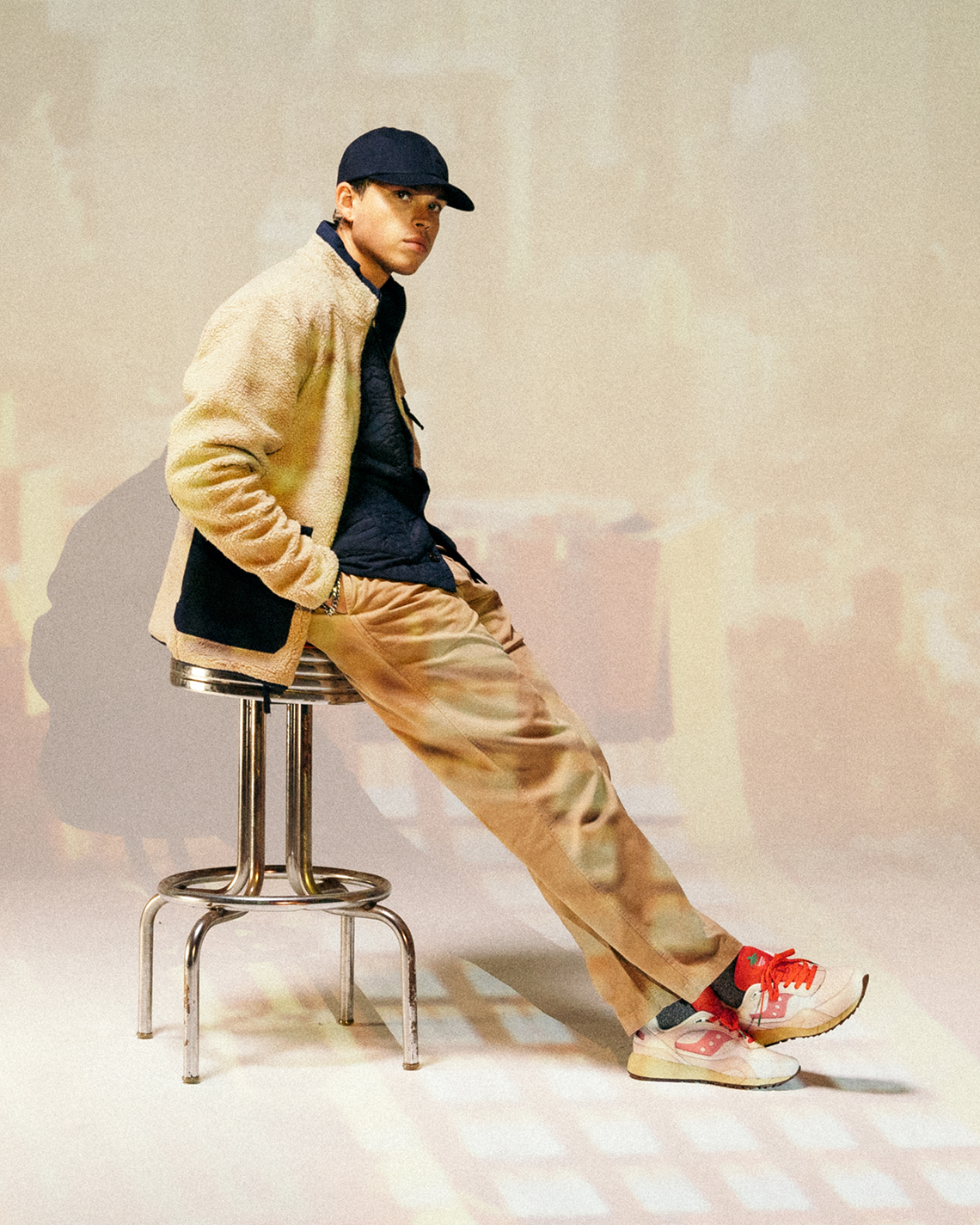 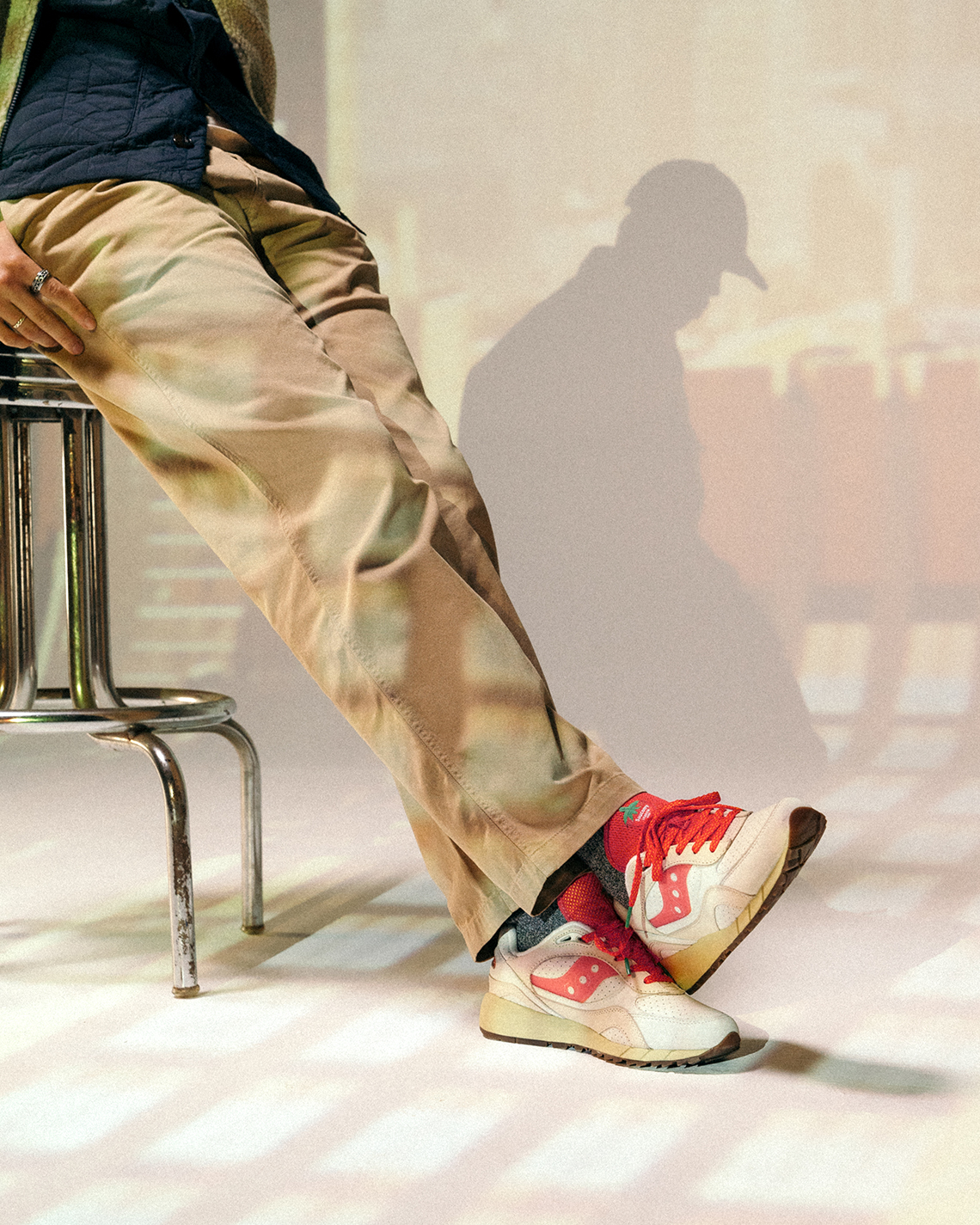