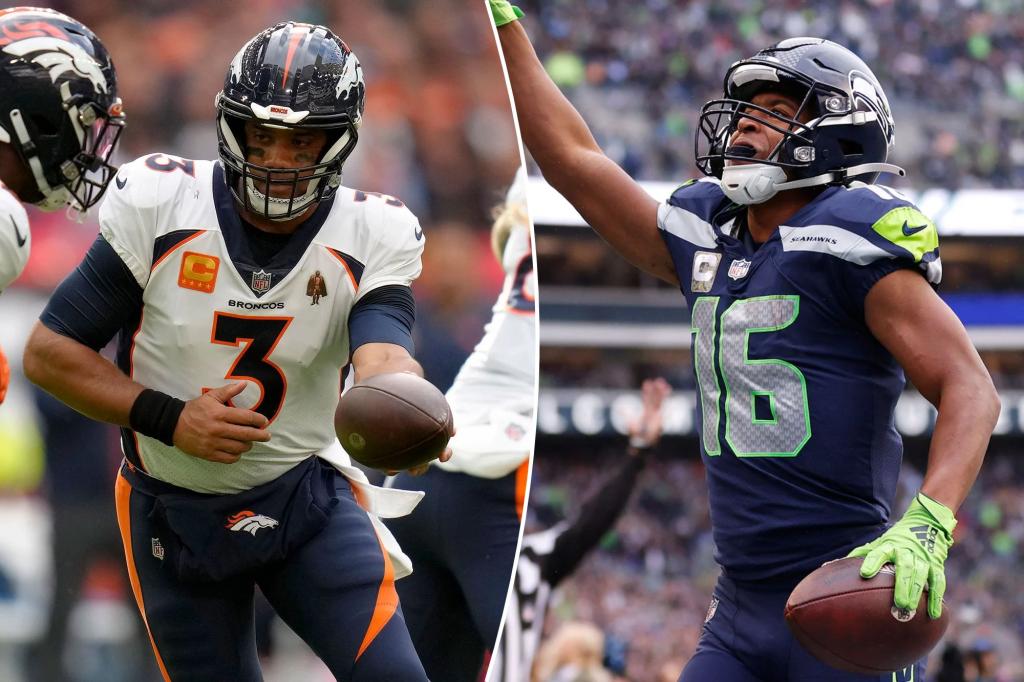 Seahawks wide receiver Tyler Lockett maintains he holds no ill will toward his old quarterback.

After Sunday’s win over the Giants, the star wideout told reporters, “It’s amazing what we can accomplish when no one cares who gets the credit.” Hours later, he was on Twitter to shut down the idea he was referring to former Seattle quarterback Russell Wilson, who is now underperforming with the Denver Broncos.

“People need to stop reaching!,” he wrote. “I’ve said this quote like 5-10 times since I’ve been in the league. Stop looking for a story and just let us enjoy our team.”

Lockett collected five catches for 63 yards and a touchdown in the 27-13 victory. He and the Seahawks are atop the NFC West at 5-3 with Geno Smith quarterbacking an offense many expected to stall a bit after Wilson’s trade.

That’s what Lockett was really getting at with the full quote he gave to reporters:

“I think the biggest thing is that it is amazing what we can accomplish when nobody cares who gets the credit,” he said. “My high school basketball coach used to always talk about that. When you look at this team that we have, we have a bunch of guys that are willing to buy in. When you look at the rookie class, they probably haven’t said 500 words since they’ve been here. They just put their head down and work, like literally. And they listen, they do whatever you want them to be able to do, and they go out there and they shine each and every week. So for us, everybody says ‘we’re all we got, we’re all we need’, but we know there’s going to be wins and losses throughout the season, and you just have to be able to learn how to overcome whatever comes your way.

“We always talk about building a foundation, and just being able to lay different bricks, brick by brick. It might not always be the best outcome, but sometimes you can learn from the bad things as well. I think we’re doing a great job just trying to take one week at a time, getting better, not getting comfortable and it’s starting to show.”