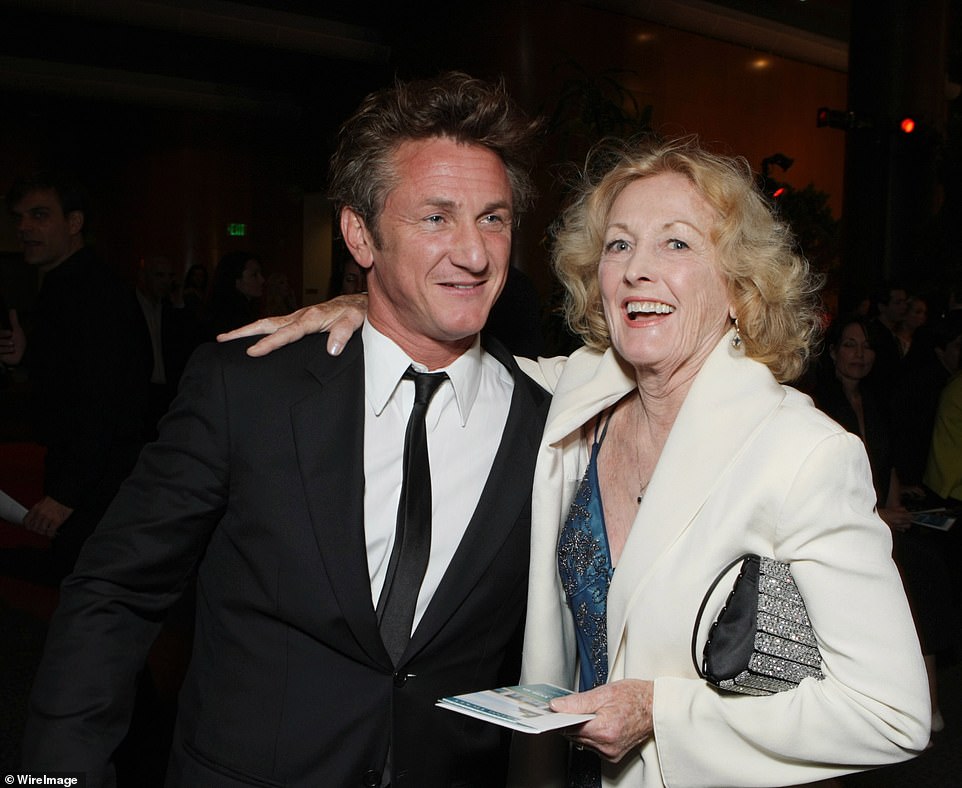 Sean Penn’s mother Eileen Ryan died on Sunday at her home in Malibu, a representative for the star announced.

The legendary actress, who appeared in over 60 television shows and films over her decades-long career, was mother to actor Sean, 62, musician Michael Penn, 64, and late actor Chris Penn, who died in 2006 at age 40 from cardiomyopathy.

She was married to actor and director Leo Penn from 1957 until his death in 1998.

The oldest of Ryan’s three sons, Michael tweeted alongside fa photo of his mother and a broken heart emoji on Monday:  ‘We lost mom yesterday.’

The stage-trained actress would have turned 95 in one week on October 16.

Rest in peace: Sean Penn’s mother Eileen Ryan died on Sunday at her home in Malibu, a rep for the star announced (pictured with Sean in 2007) 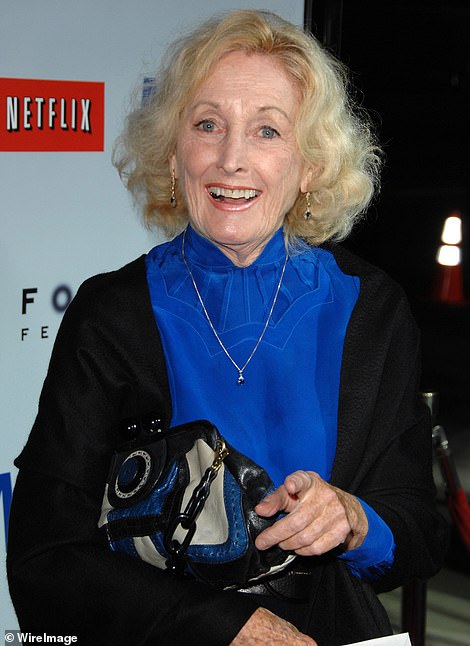 Star: The legendary actress was mother to actor Sean Penn, 62, musician Michael Penn, 64, and late actor Chris Penn, who died in 2006 at age 40

Eileen often attended red carpet events with Sean and his friends, such as Julia Roberts, while she also made appearances in several of his movies including I Am Sam.

Born in New York in 1927, Eileen was the daughter of Rose Isabel, a nurse, and Amerigo Giuseppe Annucci, a dentist.

The couple remained together for over 40 years, until Leo’s death in 1998.

The entertainer’s first television appearance was on the drama series Goodyear Television Playhouse in 1955.

Before that she appeared on Broadway, making her debut in 1953’s Sing Till Tomorrow at age 25 and later acting in Comes a Day in 1958.

Eileen steadily showed up on TV shows and was often directed by her husband on episodes of shows like Bonanza, Cannon, and Little House on the Prairie.

Her other television credits include The Twilight Zone in 1960, along with guest roles in hit ’90s shows E.R., Ally McBeal and NYPD Blue.

She and their son Sean also shared a professional life, working together on The Indian Runner, All the King’s Men, and I Am Sam, among others.

But before sharing the screen with her son, she paused her acting career to be a full-time mom for some years. 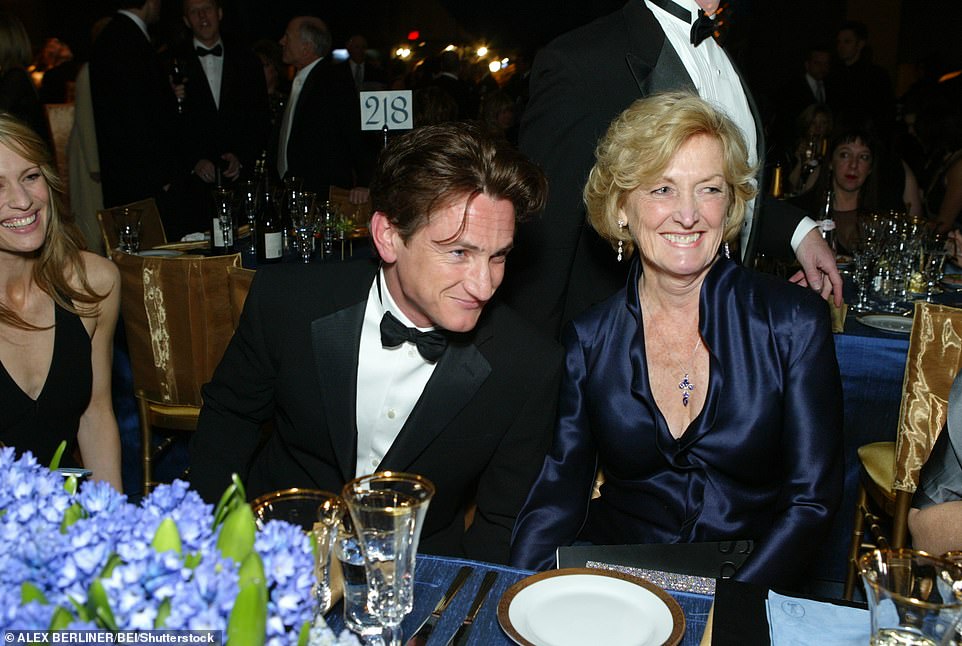 Family: Eileen and her son Sean shared a professional life, working together on The Indian Runner, All the King’s Men, and I Am Sam, among others; pictured in 2004 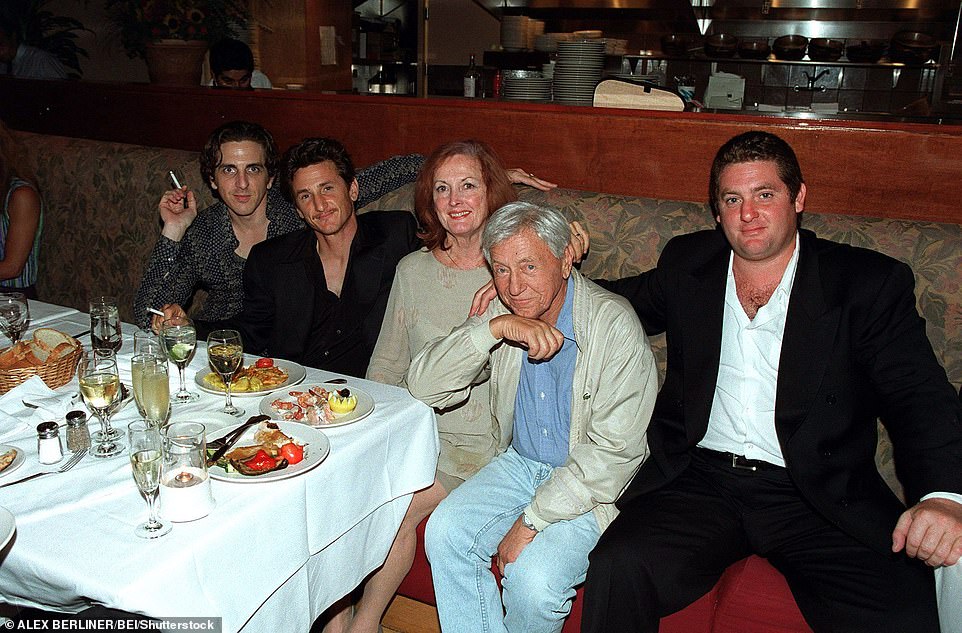 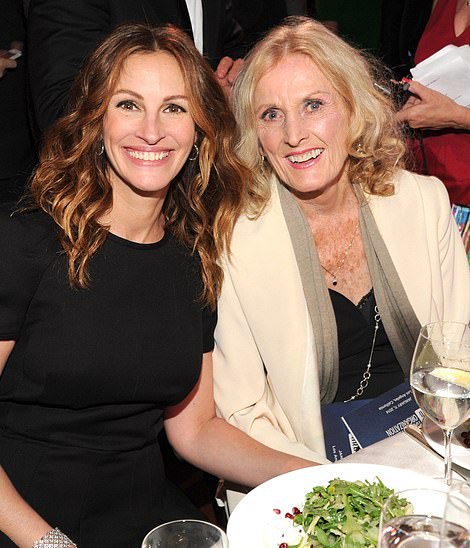 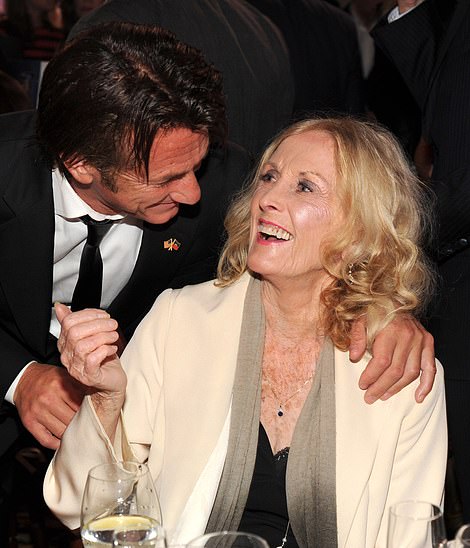 Eileen once insisted that Sean take her to the Academy Awards.

He said in a 2005 interview: ‘Before I was nominated, my mother called me up and said, “Captain Kangaroo died today. He was 76. I’m 77. You’re taking me to the Oscars ball this year”.’

But her son was in fact nominated for Mystic River in 2004, and he took home the award that evening — while his mother proudly cheered him on.

In 1986 she returned to acting, playing her sons Sean’s and Chris’ on-screen grandmother in At Close Range. 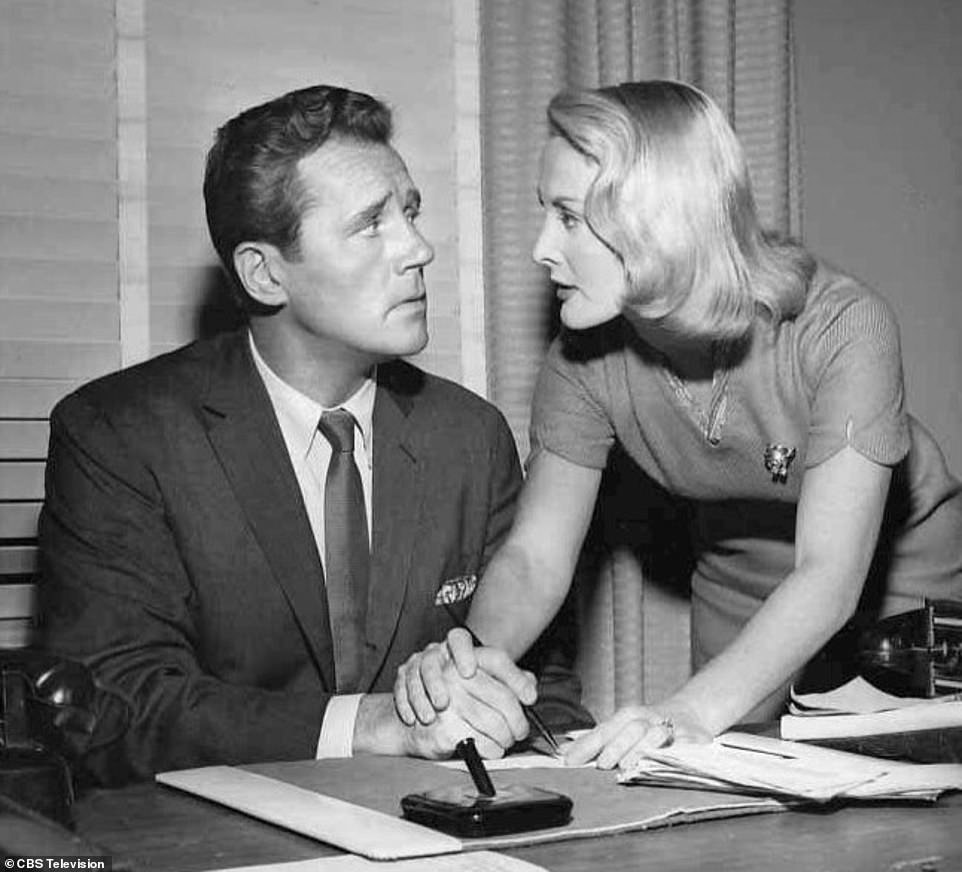 Acclaimed star: Photo of Howard Duff and Eileen Ryan in The Twilight Zone episode A World of Difference 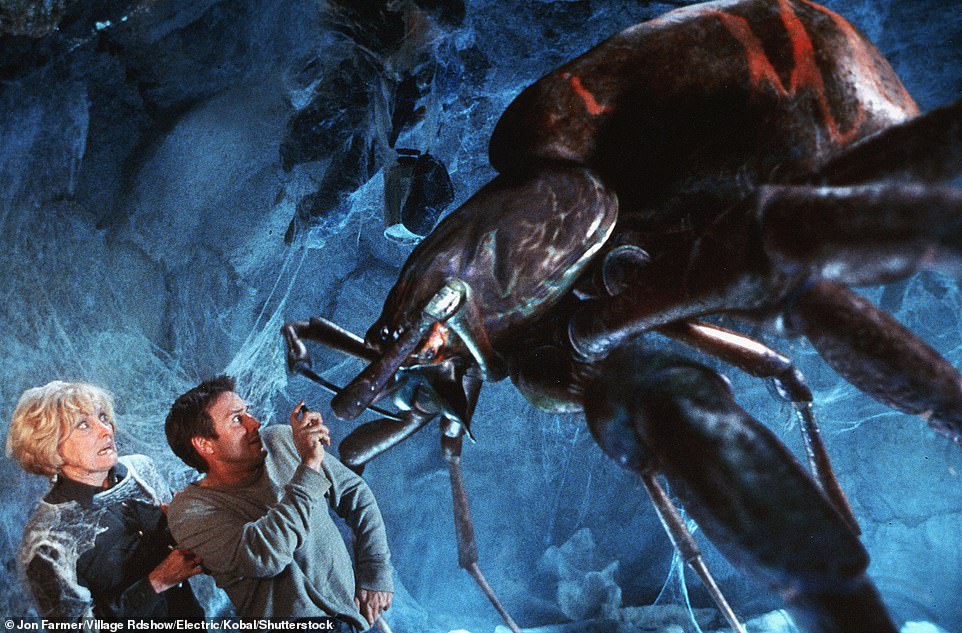 Oh no: Ryan is seen with David Arquette in 2002 film Eight Legged Freaks

Eileen met her recently divorced husband Leo in 1957 in rehearsals for their New York play The Iceman Cometh, and moved in together within a week of meeting before marrying a few months later.

Eileen became a grandmother when actress Robin Wright gave birth to Sean’s two children. Dylan, now 31 was born in 1991, and Hopper, 29 who they welcomed in 1993.

Dylan is now an actress and model, and Hopper is an actor and producer.

Before that, Eileen was mother-in-law to Madonna, who Sean was married to from 16 August 1985 – 14 September 1989 – the couple had no children together. 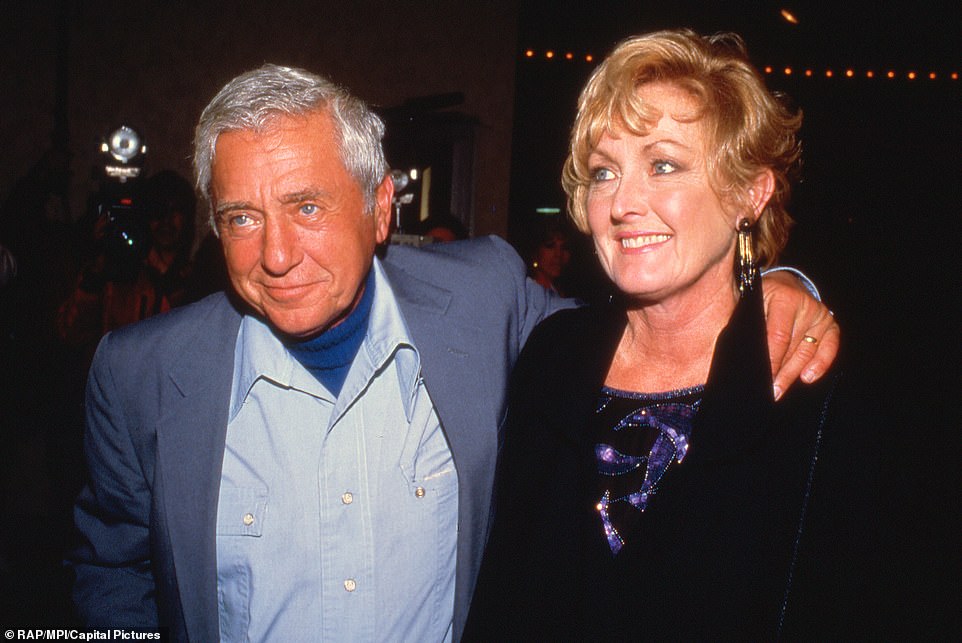 Her past love: Eileen pictured with her husband Leo in the 80s

Actress Rosanna Arquette was among those to pay tribute to the actress, tweeting on Monday:

‘Rest in peace Eileen Ryan .you were a wonderful woman and actor and gave birth to gifted artists . Bless you.’

‘I had the pleasure and privilege to work with extremely talented and gifted woman on the film 8 Legged Freaks. The world lost a giant. RIP Eileen.’

Eileen’s cause of death was not shared by reps.

Tribute: Actress Rosanna Arquette was among those to pay tribute, tweeting: ‘You were a wonderful woman and actor and gave birth to gifted artists’ 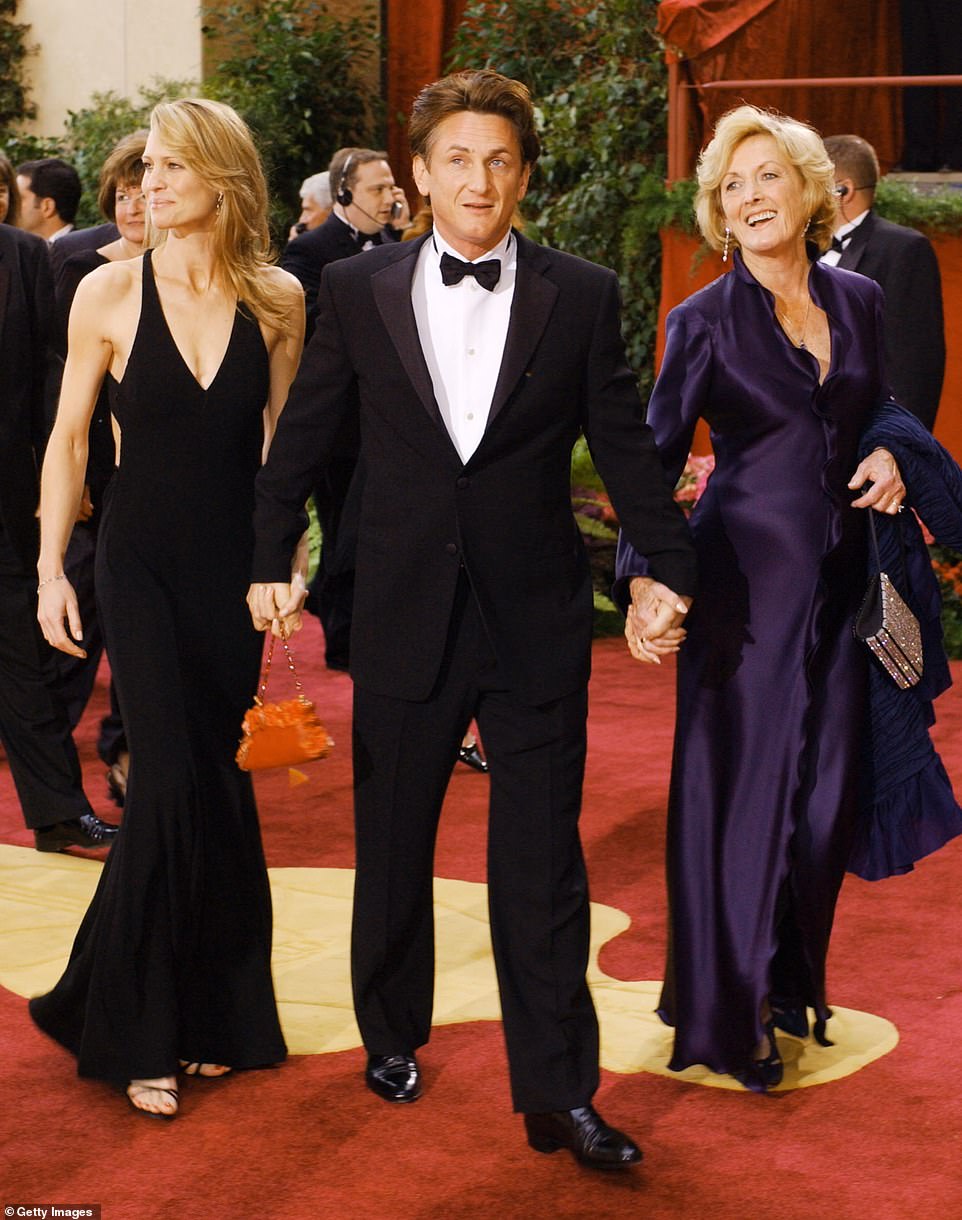 Family bond: Ryan with his ex wife Robin Wright and Sean at the Oscars in 2004 – he was nominated for his role in Mystic River 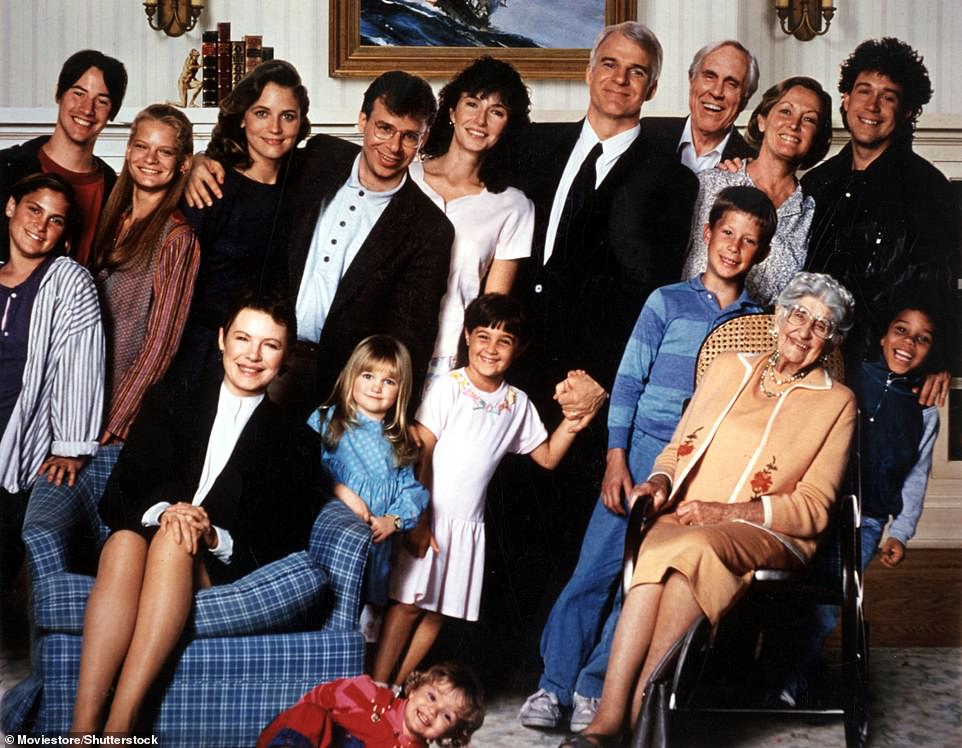