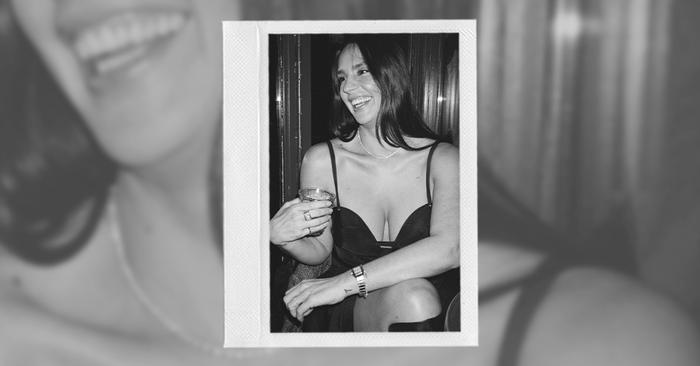 Alongside Davide, Pia has major plans for expanding the import business, with hopes to debut a neighborhood Baroncini Bar in Los Angeles. As the ultimate husband-wife duo, they also work together on Ghiaia Cashmere, where Pia holds the position of CMO. From her success in fashion to pivoting into podcasts and now luxury imports, there’s no denying she has mastered the art of creating a lifestyle and sharing it with others.

Yet, before she began her burgeoning career, Baroncini worked in several other positions within the fashion and production industries. First, she worked as a casting director for Diane Martel, who was responsible for massive music videos of the time for artists such as Miley Cyrus and Nicki Minaj. She then went on to work at New York City PR firm People’s Revolution for Kelly Cutrone—founder and notorious boss of Lauren Conrad and Whitney Port on The Hills and The City—as well as for her partner Robyn Berkley. Then, in 2010, she began her five-year tenure at Reformation, where she grew from public relations to the design director in the brand’s early days.

Listen to the latest episode of Second Life to hear how Baroncini continues to evolve her career, fearlessly delving into new industries while remaining incredibly true to who she is.

And keep scrolling to shop some of our favorite LPA styles.