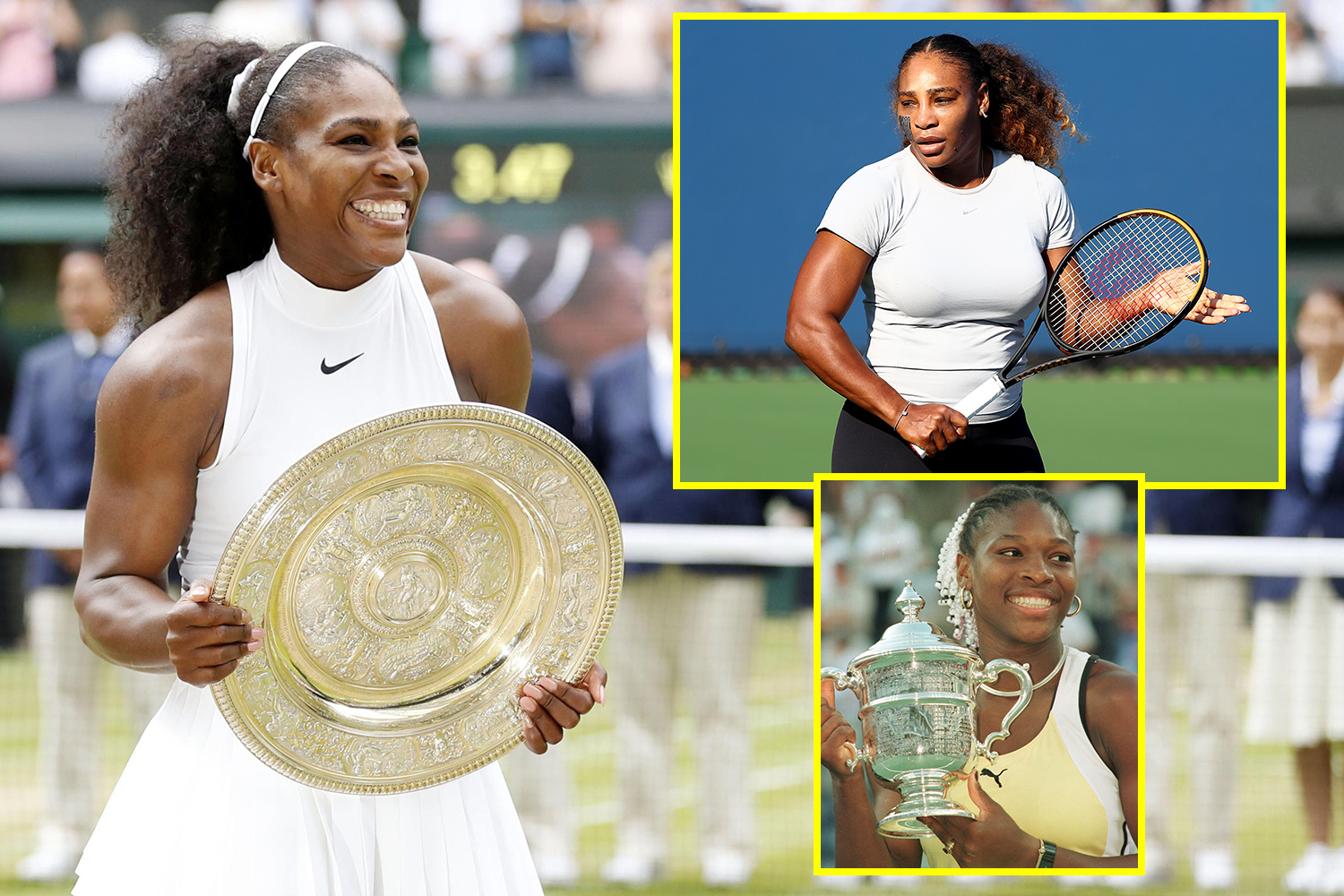 We all knew this day would come, but nobody is quite ready for it. That is Serena Williams saying goodbye to tennis.

The 23-time Grand Slam singles winner announced earlier in August that she was ‘evolving’ away from tennis.

She didn’t want to say the word ‘retire’, but that’s exactly what it is. With her 41st birthday looming, she has decided to call it a day.

For nearly a quarter of a century she has blessed the tennis world with so many magical moments, it is hard to name just a few.

She will leave with 39 Grand Slam titles in total, including 14 doubles titles with sister Venus, an incredible 319 weeks as world No.1, and the highest earning female athlete in history.

Williams has also transcended sport to become one of the most recognisable names on the planet, earning plaudits for her charity work and activism.

Those 23 Grand Slam titles are more than anyone, male or female, in the Open era, while she sits one behind Margaret Court’s record of 24, which was achieved before then.

The first of those Slams was in 1999 as a teenager and the fact she is still out on the court now is incredible.

For former British number one Greg Rusedski, Williams is the greatest of all time.


‘What have I just seen?’ – Tommy Fury reacts to KSI’s knockout win over Swarmz

“She is the greatest at the moment, in my opinion. Martina [Navratilova] and Chrissy [Evert] had a rivalry that spanned decades as well.

“26 years, where’s she’s come from in Compton and her and her sister being number one. It’s an incredible story and an incredible feat.

“Ironically if she retires at the US Open this year, which I think she will, it’s where she won her first Slam in the last century.”

The landscape of tennis has changed dramatically since Williams first started out dominating, along with her sister, in the late 90s.

Rusedski, who made the US Open final in 1997, cannot believe that she is still playing.

He added: “I was there from the beginning. Venus made her first slam final in ’97 and Serena was there too.

“She [Venus] lost to Martina Hingis in the final, I lost to Pat Rafter that year.

“They are still going and I’m talking about it. That’s how impressive they are. 25 years later and both ladies are still out there.

“It’s incredible. I’ve always gotten on well with Richard [their father] as well as Venus and Serena when I was playing on tour.

“I like them both and it’s an incredible story. We’ve had King Richard the movie out and I’m sure there is more to come.

“It’s an amazing story and amazing achievement from both ladies. Incredible accomplishments and she should be proud of what she’s done.

“Let’s not forget, four gold medals as well. That’s not too bad.”

You can watch the US Open from 29th August exclusively on Prime Video.