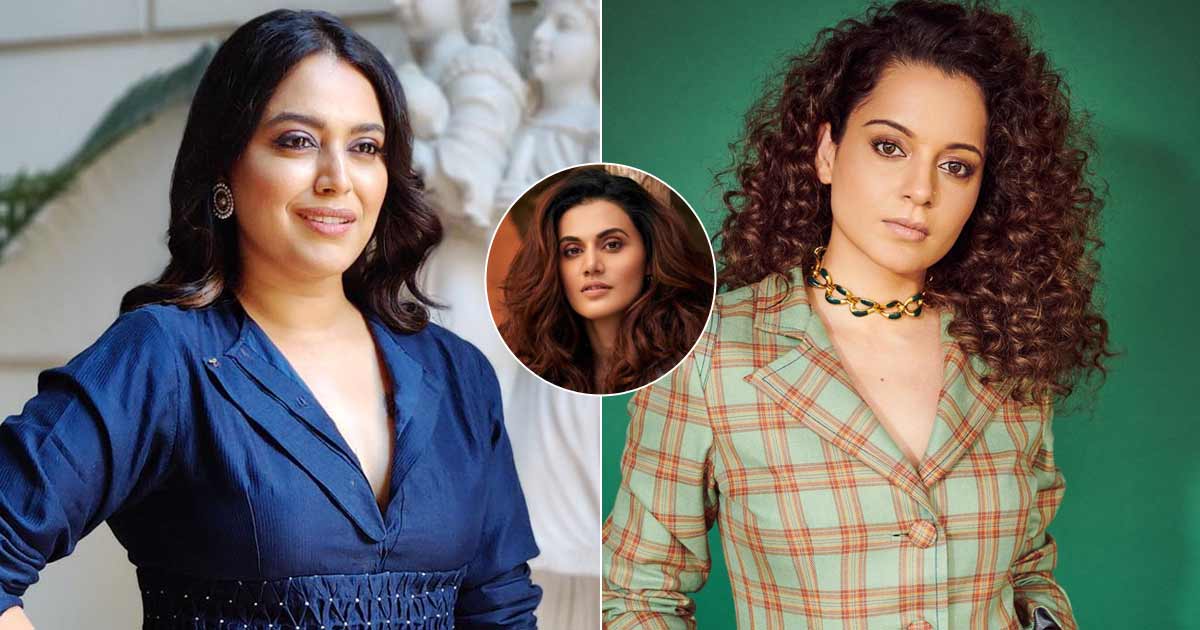 Kangana Ranaut is currently drawing a lot of backlash over her statements on Brahmastra. She has accused Ayan Mukerji and the team of faking box office collections and even a comedian like Kunal Kamra slammed her for it. Amidst it all, Swara Bhasker is reacting to her old Twitter feud with the Emergency actress and below is all she has to say.

As most know, Kangana on multiple occasions has ended up calling Taapsee Pannu a ‘B-grade’ actress. She once even accused Swara and the Badla actress of denying the drawbacks of nepotism to remain in the good books of Karan Johar. Bhasker had reacted to the statement and took it as a ‘compliment.’ Soon after, the duo was seen locking horns on Twitter.

Now, Swara Bhasker recalled it all and told Mashable India, “Kangana is a frank girl, main ek frank ladki hoon, to hamne karli baat (I am also a frank girl, so we had a conversation). She expressed her point of view, I expressed mine. It’s fine, it’s good.” She also added that the argument became a huge deal because they’re both public figures and it took place on a public platform like Twitter.

Swara Bhasker added, “I was just like Kangana Ji has called me and Taapsee B-grade actresses, so this is an invitation to talk about it.” Asked again about her comments, Swara said, “It’s fine. It’s a democracy, and people have the right to say what they want. I don’t have any problem. My simple logic is that if you are talking then I will also talk.”

Well, Swara surely has a mature way of seeing things!

On the professional front, Swara Bhasker will be next seen in Jahaan Chaar Yaar.

Must Read: When Hrithik Roshan Joked About Failing With Main Prem Ki Deewani Hoon, Mimicked His Iconic “Oh No! Aunty No” Dialogue To Make Fun Of His Character