Should Big Tech’s Plan for a Metaverse Scare Us? 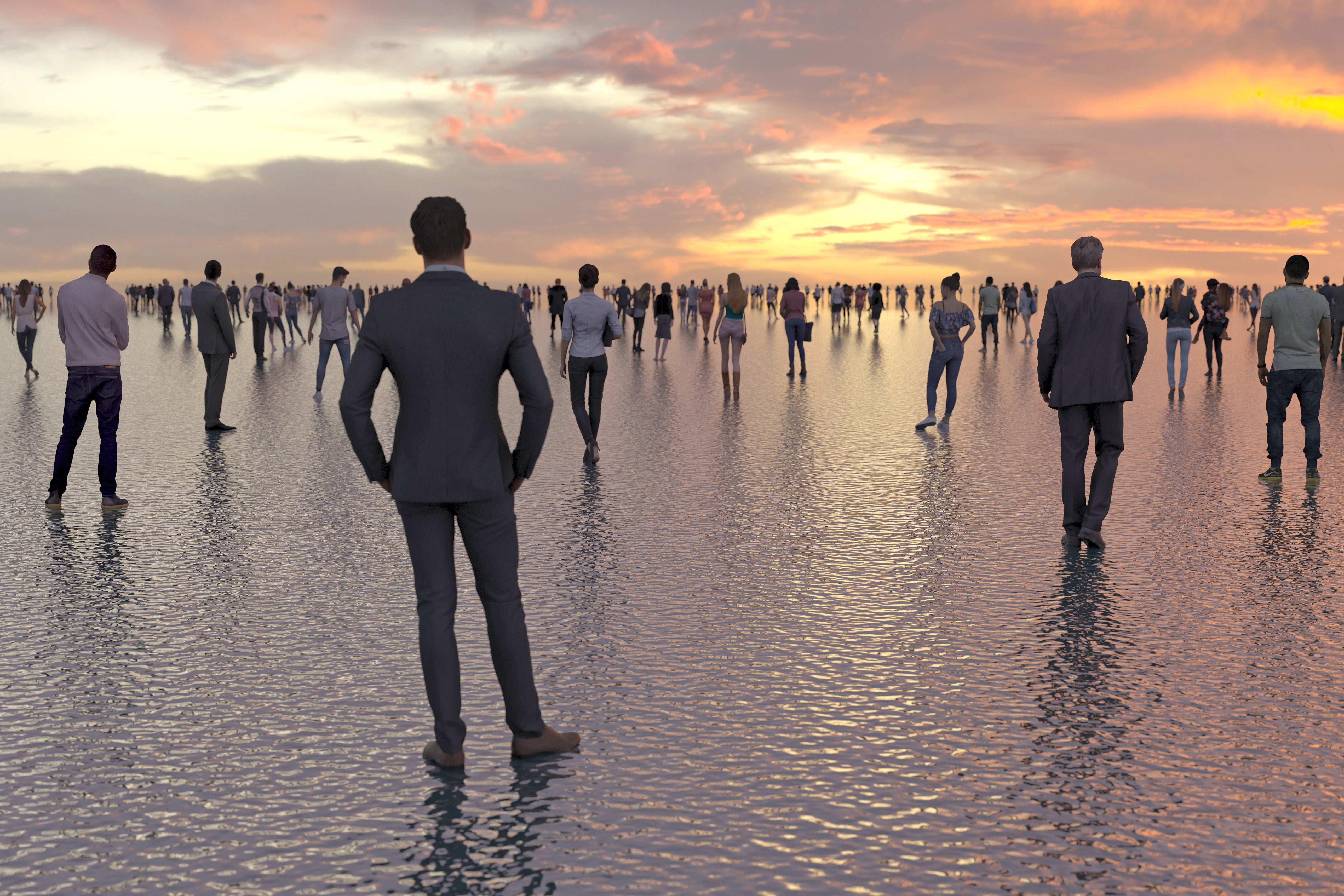 Passing through a park in Manhattan recently, I spotted a plaque with a poem on it, “Nature Poem,” by Tommy Pico. It includes these lines:

romantic comedy or a scary movie

I feel a similar ambivalence when I contemplate the “metaverse,” a concept being floated by Facebook’s Mark Zuckerberg and other tech moguls. It calls for a much more immersive experience for consumers of social media, games and other digital technologies. The metaverse gets us into the sci-fi territory of The Matrix, in which evil robots pump a fake reality into the brains of captive humans.

Is the metaverse so implausible that it’s silly? Or is it scary? I can’t decide.

According to a helpful history of the metaverse compiled by tech pundit Ben Thompson, Neal Stephenson introduced the term metaverse in his science-fiction novel Snow Crash in 1992. Stephenson describes the metaverse as a three-dimensional virtual reality generated by goggles worn by the novel’s hero, Hiro. The metaverse is “a computer-generated universe that [Hiro’s] computer is drawing onto his goggles and pumping into his earphones.”

Microsoft CEO Satya Nadella mentioned the metaverse at a conference last May. Nadella’s speech didn’t attract much attention, perhaps because his description of the metaverse is a bit murky. He says a “metaverse made up of digital twins, simulated environments and mixed reality is emerging as a first-class platform.” “Digital twins” are simulations of real things, such as cars, kittens and humans.

The metaverse generated more buzz after Zuckerberg discussed it last July. Zuckerberg says the metaverse goes beyond virtual reality and computer games, with which it is often associated. He describes the metaverse as “an embodied internet, where instead of just viewing content–you are in it. And you feel present with other people as if you were in other places, having different experiences that you couldn’t necessarily do on a 2D app or webpage, like dancing, for example, or different types of fitness.” That sounds like a rom-com version of The Matrix.

Zuckerberg might be touting the metaverse to distract the public from his company’s ongoing scandals. A year ago, former Facebook data scientist Sophie Zhang charged Facebook with failing to prevent “blatant attempts by foreign national governments to abuse our platform on vast scales to mislead their own citizenry.” Another whistleblower, Frances Haugen, recently testified to Congress that “the company’s products harm children and stoke division,” as National Public Radio put it.

If the metaverse is a public-relations ploy, not everyone is fooled. In August Jessa Crispin, a columnist for the Guardian, published a fiery critique of the metaverse. Lumping it together with the space programs of Jeff Bezos and Elon Musk, Crispin calls the metaverse another escapist fantasy of “tech billionaires trying to leave the world to evade responsibility for their malevolent influence on it.”

Given the world’s immense problems, Crispin argues, “living in a consequence-free space of your own imagination, separated out physically and psychically from your fellow citizens to prance around with avatars and phantoms—is philosophically and psychologically objectionable.”

As the Netflix film The Social Dilemma points out, Facebook and other tech companies care more about profits than social well-being. These companies already wield enormous power over us, which grows as they gather more data on us, and the metaverse could amplify that power. Tim Sweeney, founder of Epic Games, producer of Fortnite and other popular games, warned in 2017 that the metaverse could become a dystopian nightmare if it is controlled by a small number of corporations.

“As we build up these platforms toward the metaverse,” Sweeney says, “if these platforms are locked down and controlled by these proprietary companies, they are going to have far more power over our lives, our private data, and our private interactions with other people than any platform in previous history.” And Sweeney has promoted the metaverse.

The metaverse poses technical as well as public-relations problems. The most immersive current interface for digital simulations is virtual-technology goggles of the kind produced by Oculus, which Facebook purchased in 2014. Tech companies are exploring so-called brain-machine interfaces that go beyond virtual-reality goggles. These interfaces could further blur the line between us and our devices.

Some brain-machine interfaces detect neural signals via external electrodes or optical sensors attached to the skull or other parts of the body. Such interfaces can also manipulate thoughts with transcranial electromagnetic pulses. These noninvasive devices, however, enable only crude mind-reading and mind-control.

Tech firms are investigating far more ambitious interfaces that work via electrodes implanted into the brain through holes drilled in the skull. The devices can read signals from and transmit them to neurons directly, potentially enabling the kind of precise mind-reading and control envisioned in The Matrix and other science fictions. Facebook has funded research on both noninvasive and invasive brain-machine interfaces.

I’ve raised doubts about the potential of brain implants. Implants designed to treat depression and other mental disorders by stimulating neural tissue have not lived up to their hype. And influencing mood via direct neural stimulation should be much easier than creating detailed hallucinations and boosting intelligence, memory and other cognitive capacities.

Facebook has reportedly discontinued, at least temporarily, research on brain-machine interfaces, which has produced disappointing results. But other companies, notably Elon Musk’s Neuralink, continue to develop implanted interfaces. Moreover, Christof Koch, a leading neuroscientist, has become a kind of cheerleader for brain implants.

In a 2017 opinion piece for the Wall Street Journal, Koch advocates a “crash program to design safe, inexpensive, reliable and long-lasting devices and procedures for manipulating brain processes inside their protective shell.” Here’s another disturbing fact to keep in mind: The Pentagon has pumped tens of millions of dollars into research on brain-machine interfaces.

I wish I could dismiss the metaverse—and especially the version based on brain implants—as silly techno-hype. But scary things that once seemed inconceivable have been happening lately. A thuggish buffoon becomes the most powerful man on earth. A plague sweeps across the planet, killing millions and forcing survivors to wear masks and keep a wary distance from each other.

Given the world’s unpredictability, I have a hard time ruling out the possibility that an unholy alliance of big tech and the military will foist an implant-enabled metaverse on us. After all, as the real world gets scarier, the metaverse might become more and more appealing. In our frightening future, the metaverse, not religion, might serve as the opiate of the masses.