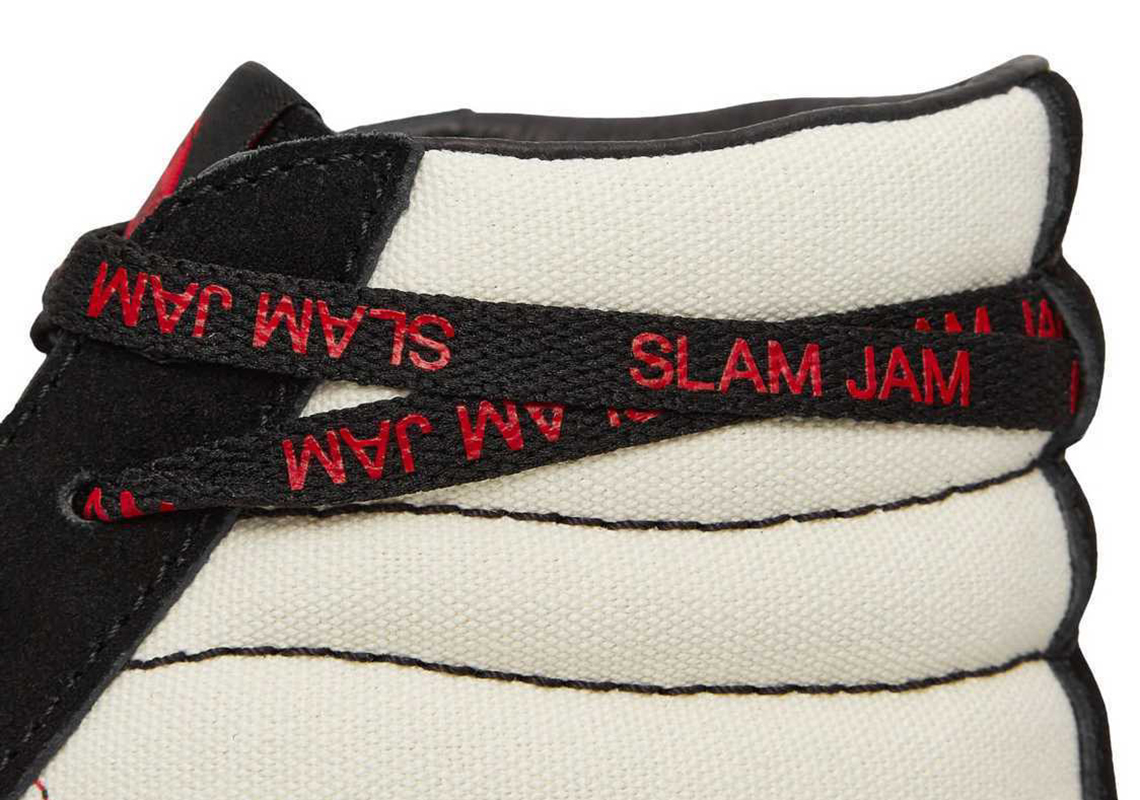 Slam Jam and Vans aren’t strangers to one another, but their partnership hasn’t produced too many joint-efforts over the last decade. That’s set to change soon, however, as the Italian imprint recently teased a Sk8-Hi collaboration.

A stark departure from the multi-colored look that landed on the partnership’s Slip-On from 2015, the newly-surfaced project by the global brands indulges in a muted off-white and black color palette. Traditional canvas makes up the majority of the pair’s upper, with suede entering the mix along the tongue and at spine. Jazz stripes across the profiles also take on a pitch-dark look with nearby vertical stitching interrupting in bold red. “SLAM JAM” text – which alternates between being inverted and not – lands on the laces in ruby-colored flair as well, and likely appears elsewhere on the shoe in the same hue. Sole units haven’t been shown in teaser images of the boutique’s Vans Sk8-Hi, but they likely take on a mostly black finish with red accents to complement the parts of the shoes that’ve already been unveiled.

Enjoy a closer look at the collaborative pair ahead, and stay tuned for official updates from either party involved.

For more footwear news, check out the New Balance 990v6, which is expected to debut before 2022 ends. 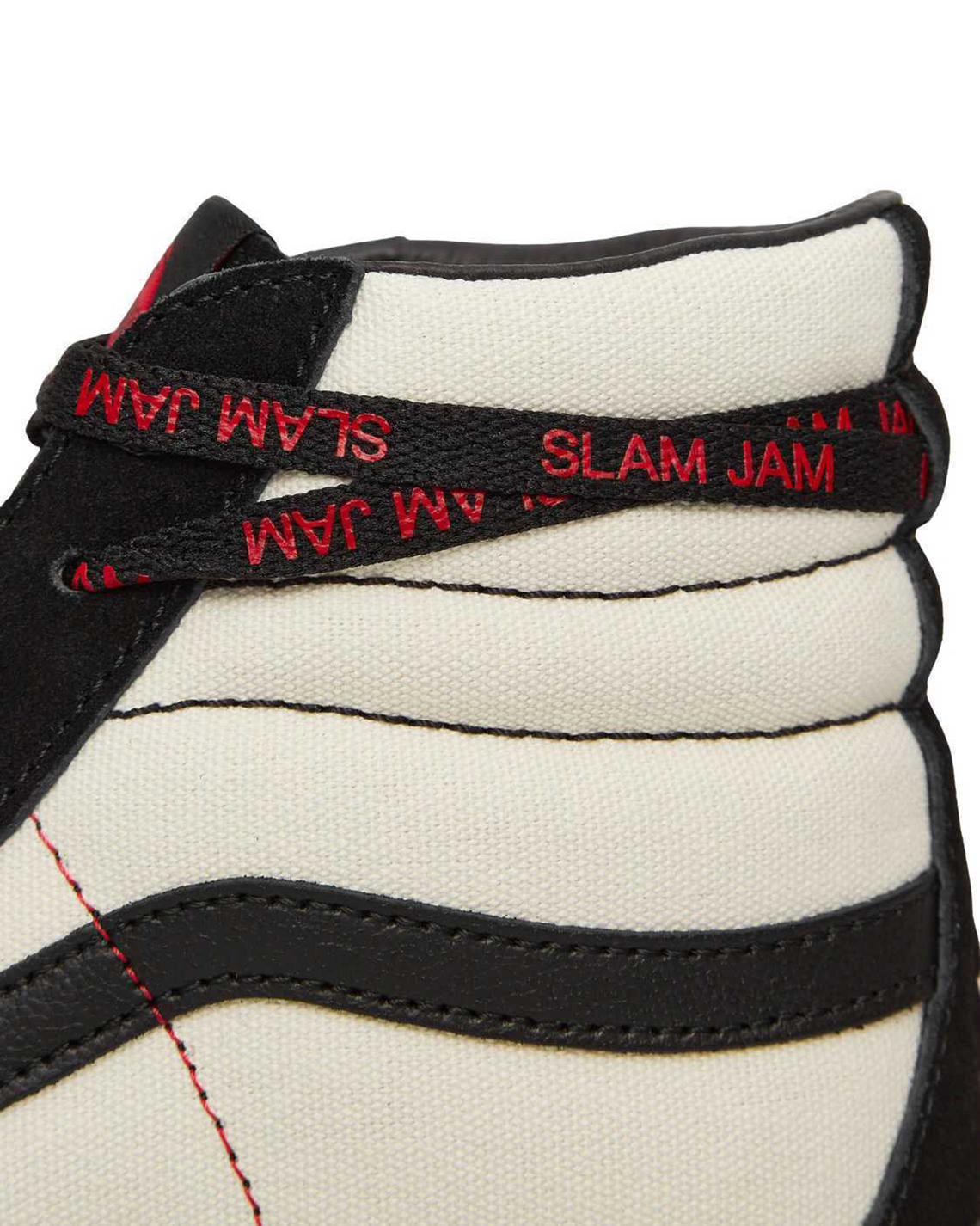