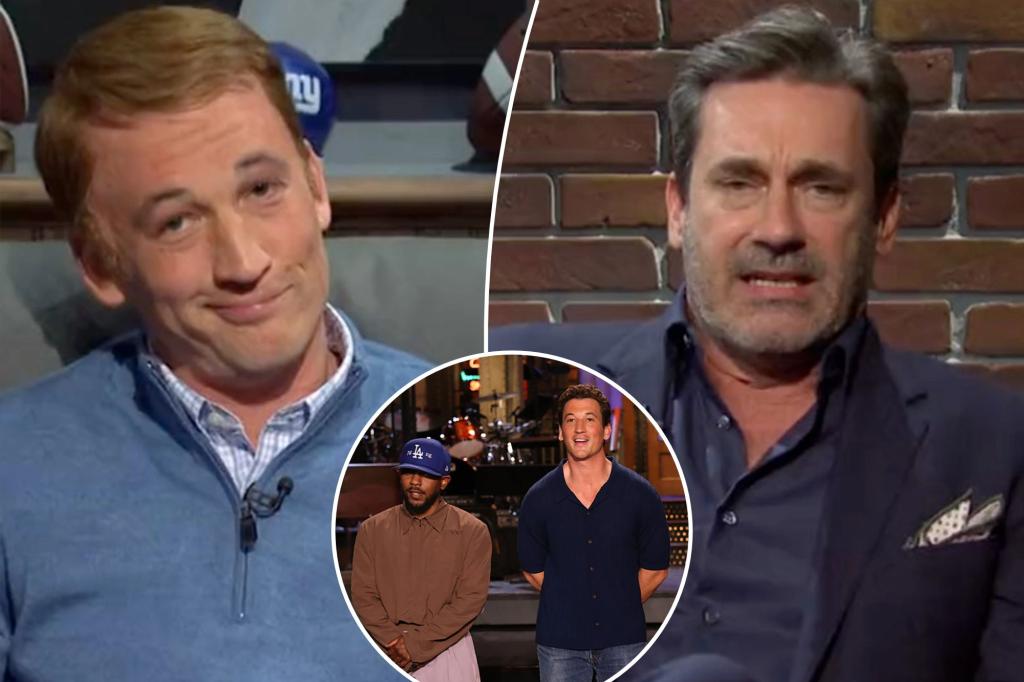 “Saturday Night Live” poked some fun at its own expense during its cold opening as season 48 of the sketch show kicked off on Oct. 1.

Following the mass exodus of some of the show’s most prominent cast members, host Miles Teller and the “SNL” writers did not hold anything back.

The duo provided commentary for the show’s opening skit, set in Mar-a-Lago, a spoof of the duo’s “Manningcast” on Monday Night Football.

The skit made fun of the politically motivated direction the show has taken in past seasons, along with the recent exit of the show’s most beloved cast members.

Veteran cast members Kate McKinnon, Aidy Bryant, Pete Davidson, and Kyle Mooney all made their final SNL appearances on the show’s 47th season finale in May. Melissa Villaseñor, Alex Moffat and Aristotle Athari also did not return for season 48.

“What about a fun impression, like Anthony Fauci or Lindsey Graham or Rudy Giuliani?” Teller says as Peyton. to where Dismukes replies as Eli, saying that was more of a “Kate McKinnon thing.”

Teller and Dismukes then break down the “stats,” noting 14 attempted jokes with only “one mild laugh and two chuckles.”

Teller’s “Top Gun: Maverick” co-star and three-time SNL host Jon Hamm also joined “Manningcast,” where the trio critiqued the skit and the future of the show.

“Jon, what have you seen so far tonight?” Teller asked.

“I don’t know, but it’s not comedy,” Hamm responded. “They haven’t even used Kenan yet. That’s like putting a whole team of Eli’s on the field and you’ve got Peyton sitting on the sidelines.”

Following the opening sketch, Teller went on to do his monologue, where he expressed how much he enjoys SNL.

Grammy-winning rapper Kendrick Lamar was tasked as the show’s musical guest for the third time. The rapper’s last appearance was in 2018.

His first two songs of the night were “Rich Spirit” followed by “N95,” off his most recent album, “Mr. Morale & the Big Steppers,” which was released in May.

Four cast members made their SNL debut on Saturday night, as the show introduced Marcello Hernandez, Molly Kearney, Michael Longfellow and Devon Walker to its cast.