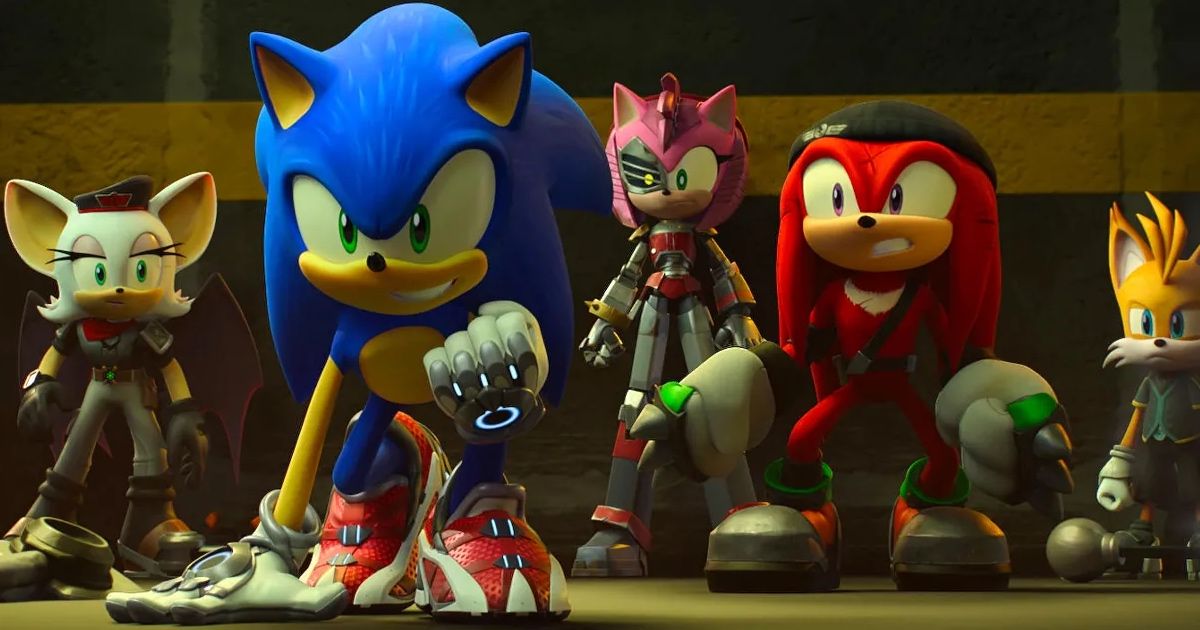 Sonic the Hedgehog has been a beloved video game character for several generations now, winning over gamers and casual television watchers alike with his spunky personality. Netflix is soon to release a newest edition to the franchise, Sonic Prime, where the fate of the universe lies in Sonic’s hands. Featuring many of the franchise’s most beloved characters, Sonic Prime looks to further the legacy of the series and take it in new directions audiences have never seen before.

MovieWeb chatted with Deven Mack, who voices Sonic, and Logan McPherson, executive producer, ahead of its premiere.

Being Faithful to the Franchise

MW: What were your first experiences with Sonic the Hedgehog, and how did you become involved with Sonic Prime?

Logan McPherson: When I was growing up, we had a Nintendo that my brother hogged all the time, and I was getting tired of it. When I saw Sega Genesis and Sonic for the first time, I was like, “I have to get one of those.” So I started cutting lawns as a kid to save up money and buy my own Sega Genesis and console that I wouldn’t allow my brother to play. And obviously Sonic was the game that came with it. I fell in love with him at that point, and that was my entrance into the world of Sonic. To be involved with the show we partnered with Sega on the production and worked with Man of Action to flesh out the concept, to dig into the legacy and the canon, and really use that as a springboard to set the series up and take it into new directions. It has come full circle for me as a kid who was cutting lawns and dreaming of having my own Sega Genesis.

Deven Mack: For me, when it comes to the games, I was always on the outside looking in. You either had one system or the other, and I had the other one. But I got my first taste when I got to play Sonic and Knuckles very briefly when there was a kiosk set up in a video store. I was immediately drawn into that world and the music, and I was like, “Man, I wish I had this!” Even though I didn’t have the games as a kid, I was still really into the cartoon show. And again, as a shy kid, I gravitated to that character with his larger-than-life personality, confidence, his swagger. He’s just a character that really stuck with me, and now to be involved with the creative process and portray that character vocally is a surreal experience for me I never thought would happen, but here we are.

MW: What were some challenges while working on Sonic Prime?

McPherson: There were no shortage of challenges working on a series of this scope and scale. Number one, because it is really rooted in the mythology based in the canon, [we have to] ensure we’re faithfully representing these characters, worlds, and stories accurately. But also taking it into a place that is intriguing and exciting for legacy and new fans alike. You don’t necessarily need to have grown up with the games to enjoy the show, so striking that balance and elevating the narrative, stretching Sonic as a character, are just not only challenges but things we could sink our teeth into. Working so closely with Sega, they brought so much to the table in terms of “here are his moves,” and the crew having their experiences having grown up with Sonic for thirty years. The stressful part was ensuring we had something that felt faithful, accurate, but took it in new directions at the same time.

Mack: It was a similar challenge for me as well. [I was] wanting to make sure Sonic felt like Sonic to all the viewers at home, whether they had grown up with Sonic or were experiencing the character for the first time. There’s that rich legacy I wanted to make sure I was tapping into, although the character had been presented differently by different people over the course of all these years. There’s still those core elements intact: that heroic figure who cares so much about his friends, having a heart of gold, that confidence, that swagger. So it was really important to me that the larger-than-life personality people were drawn to came through. I had so much great material to work with from the story and animation perspective. Seeing it all come together feels like Sonic–it’s a really special and surreal feeling to be a part of it.

MW: What do you think is most exciting about Sonic Prime adding to the franchise and legacy?

McPherson: It really does add a new chapter in the Sonic lore and legacy. What I think it adds is that we stretch Sonic as a character in ways that he has never been stretched before. It is elevated in terms of conflict, drama, and crisis. Sonic goes through his share of ups and downs, but he is Sonic throughout. He remains true to himself and his characterization. Even in his lowest moment, he is that beacon of hope. From a purely storytelling perspective, we’ve brought some additional layers to Sonic as a character in terms of what he goes through throughout the series.

Mack: Absolutely. And again, it’s been an incredible kind of story that takes the characters to places they haven’t quite been to before. At the same time, there are a lot of elements that are familiar. It’s a unique journey that fits right into the mythos, the legacy that’s been established.

MW: Have there been any interactions with the fandom yet?

Mack: Right from the get-go, when that first teaser and video I made were put out, the response was absolutely incredible. Overwhelming, but so much positivity coming through. Again, Sonic has one of the most passionate fandoms I’ve ever interacted with. I think that’s such a beautiful thing that says so much about how much the character means to people, influenced them positively, and inspired them. To receive the love I’ve gotten has absolutely meant the world to me.

McPherson: From a storytelling perspective, that partnership between Sega and Netflix, with Netflix pushing the serialized and epic scale from the story, knowing where we wanted to go with the story, the details were so intricate. We really had a strong sense of the story direction, and with that in place, working with an actor of Deven’s caliber, it allowed him to really immerse himself there. He could adlib lines. We felt very lucky in this whole collaboration, we’re proud of where we go to and happy with the results.

MW: What’s been your favorite part of working on the series?

McPherson: It’s getting the chance to explore these characters. They’re so iconic and lovable, so being able to plunge them into the craziest situations you can imagine was just honestly such a dream and privilege to work on it in that way.

Mack: For me, it’s been kind of a rollercoaster ride I’m amazed I get to be a part of. I would look at these scripts and say, “Woah, wait, we’re going here? Okay, cool!” And so to have those real-time reactions myself, as someone who cares about the character, then be able to put that into the performance, it’s been a really special experience. Those emotions are very genuine and real. Tails is a character I really resonated with, so to explore Sonic’s connection with him has also been really special to me.

Sonic Prime will release on Netflix on December 15, 2022.