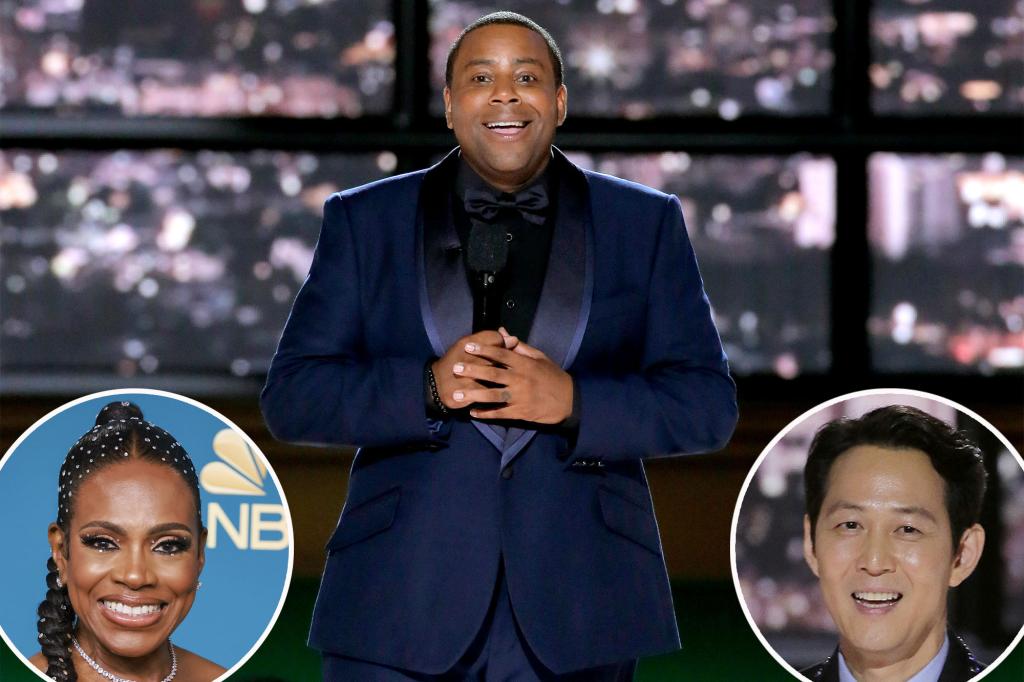 Thompson, the longest-tenured “SNL” trouper (19 seasons and counting), provided a sure, guiding, self-deprecating hand and deftly kept the Emmy-cast train rolling — while staying as far under the radar as appropriate to allow the night’s winners to bask in their moments of glory.

Thompson did, of course, participate in the usual — contractually obligated — awkward opening segment. This year, it riffed on “legally cleared TV songs” and Thompson showed some fierce dance moves joining the fleet-footed ensemble that strutted to theme songs from, among others, “Friends,” “Game of Thrones” and “The Brady Bunch” (with Thompson replacing Alice in that show’s iconic montage).

Later in the telecast, he introduced the accountants from Ernst & Young — then promptly shooed them off the stage. Funny stuff. (And, really, why are the accountants a thing every year?)

Ralph’s statuette for Best Supporting Actress in a Comedy statuette was a first for the veteran actress — and she belted out lyrics from Dianne Reeves’ song “Endangered Species” in her dramatic acceptance speech that left the audience in the Microsoft Theater in LA wondering what was coming next.

Lizzo made a similarly emotional speech accepting her Emmy for “Watch Out For the Big Grrrls.”

Also victorious was “The White Lotus,” which won three Emmys. Jennifer Coolidge, finally getting her statuette,” refused to heed her annoying walk-off music (“I’m slow!”) and boogied down instead.

The biggest snub of the night? That would be Rhea Seehorn, who turned in a career-defining role as Kim Wexler in “Better Call Saul” and was robbed of a statuette for Supporting Actress in a Drama Series category (losing to “Ozark” co-star Julia Garner).

But worst of all might have been the condescending text bug at the bottom of the screen telling us what the winners want to say — and who they want to thank (“Lizzo would like to say …”).

Was that really necessary? Seems to me the winners were perfectly capable of thanking everyone they wanted to, even with their straitjacketed time constraints.