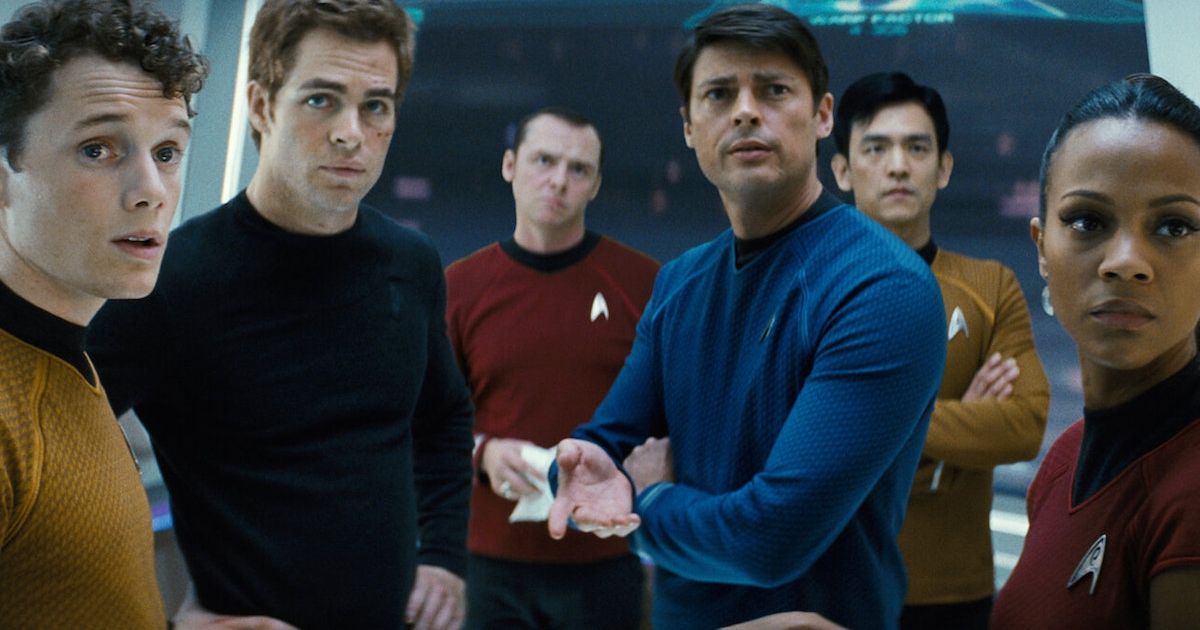 Star Trek 4 has been an incredibly difficult film for Paramount Pictures to get off the ground. Originally announced in 2016 before the release of Star Trek Beyond, the initial plan was to see Chris Pine’s Captain Kirk team up with his deceased father George Kirk, played by Chris Hemsworth. The underperforming box office of Star Trek Beyond and the breakdown in pay negotiations with the cast delayed the film.

Paramount Pictures has struggled to make a new Star Trek film since, having had multiple directors attach the project at various points in time. Most recently they had WandaVision director Matt Shakman hired to direct with a December 22, 2023 release date set. However, Shakman dropped out in favor of directing Marvel Studios Fantastic Four. Paramount Pictures removed Star Trek 4 from their release schedule and supposedly went back to the drawing board.

Recently a filmmaker has started making headlines who might be the perfect fit for Star Trek 4 — Michael Giacchino. Giacchino is an acclaimed composer, having written the score for many iconic films including winning an Academy Award for Up, and in 2022 worked on some of the biggest films including The Batman, Jurassic World: Dominion, Lightyear, and Thor: Love and Thunder. Most recently he was thrust into the spotlight for directing the Marvel Studios Special Presentation Werewolf by Night, which premiered on October 7, 2022, on Disney+. The one-hour Halloween special earned positive reviews from fans and critics alike, praising how different it was from the rest of the Marvel Cinematic Universe.

Now, Giacchino is no longer just an in-demand composer, but an in-demand filmmaker. While many people may immediately jump to him directing the Marvel Studios Blade reboot, Giacchino should actually be Paramount Pictures’ choice to take over Star Trek 4.

Giacchino Has a Long History With Star Trek

Giacchino is deeply connected to the current era of Star Trek films, as he was the composer of all three films in the Kelvin timeline starting with 2009’s Star Trek and continuing with 2013’s Star Trek Into Darkness and 2016’s Star Trek Beyond. While Werewolf by Night has been Giacchino’s most high-profile directing gig to this point, before that he directed the episode “Ephraim and Dot” for the Paramount+ streaming series Star Trek: Short Treks, which consists of anthology short stories based around various characters in the Star Trek franchise. Giacchino clearly has a long history with the franchise and a real love for the material, and it would be a dream come true for both him and fans to have him at the helm of the next Star Trek movie.

Giacchino the Franchise in the Bad Robot Family

Ever since J.J. Abrams directed Star Trek in 2009, his production company Bad Robot has been involved in the two subsequent sequels and the long development of Star Trek 4. Giacchino composed seven Bad Robot Production films (Mission: Impossible III, Cloverfield, Star Trek, Super 8, Mission Impossible: Ghost Protocol, Star Trek Into Darkness, and Star Trek Beyond) and all of his television work has been on Bad Robot series.

Related: Werewolf by Night: Why Famed Composer Michael Giacchino Is the Perfect Director

He also has composed the score for all of director Matt Reeves’s movies, who also has close connections to J.J. Abrams and Bad Robot Productions having directed 2008’s Cloverfield. There seems to be a strong working relationship between the various people at the company and Giacchino directing Star Trek 4 could lead to a sense of creative continuity among the Star Trek films while also embracing a new directorial vision.

Werewolf by Night Serves As a Great Directorial Calling Card

Werewolf by Night might seem like a simple Halloween special that introduces some great new characters to the Marvel Cinematic Universe. Yet it is so much more, essentially acting as a great calling card to studios for what Giacchino can do. While he has certainly earned his credit as a composer, moving from one field to another in the film industry is a difficult one, particularly when it comes to moving from two very different jobs on a film from composer to director.

Werewolf by Night shows Giacchino’s ability to play within a larger established franchise, his ability to pay homage to classic genres, and work within a budget. He maintained many practical effects for the production, and despite being a program that would be screened in people’s homes, made an attempt to make Werewolf by Night as cinematic as possible. This visionary eye shows a director waiting to burst out, and someone who could deliver a Star Trek movie that maintains a reasonable budget but is also able to have the visual flair one expects from a big-budget movie, as opposed to one of the many Star Trek television series currently on the air.

Paramount Pictures has been struggling to get a new Star Trek movie off the ground, but it feels like they might be overthinking it, as the right director to usher in the next installment might have been with the rebooted Star Trek films the whole time.