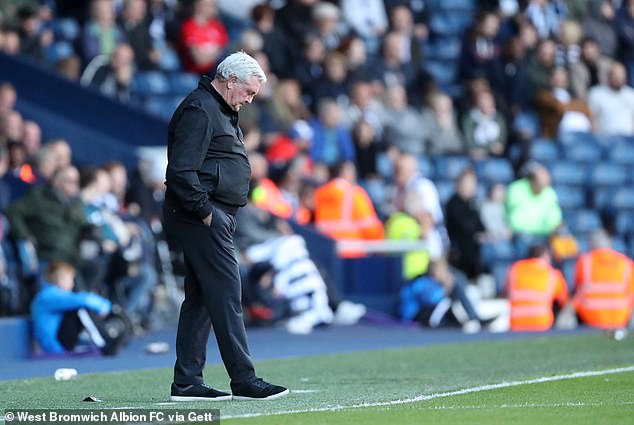 Steve Bruce sacked as West Brom manager following a DISMAL start to the season that leaves them in the relegation zone, as relations with the Baggies hierarchy became STRAINED, while Sean Dyche and Chris Wilder are early contenders to take over the role

By Tom Collomosse and Will Pickworth For Mailonline

West Brom have sacked Steve Bruce as their manager after a dismal start to the season.

The Baggies parted ways with the 61-year-old following one win from their first 13 games which sees them lie in 22nd place in the Championship relegation zone.

Sportsmail understands relations became very strained between Bruce and the hierarchy after transfer deadline day when proposed loan deals for Steven Alzate and Josh Onomah both collapsed hours before the deadline which left the former Baggies boss furious.

Chief Executive Ron Gourlay was loyal to Bruce, having appointed him, and the former Chelsea chief wanted to stick with his man for as long as possible.

But they are currently nine games without a win and the crowd turned on Bruce during Saturday’s 0-0 draw with Luton at the Hawthorns.

He was appointed as West Brom manager in February this year but enjoyed a disappointing spell at the club, and leaves with eight wins from 32 matches.

The former Newcastle boss had replaced Valerien Ismael when the Baggies were in sixth place in the Championship but on a poor run of form, having won one of their previous seven games. 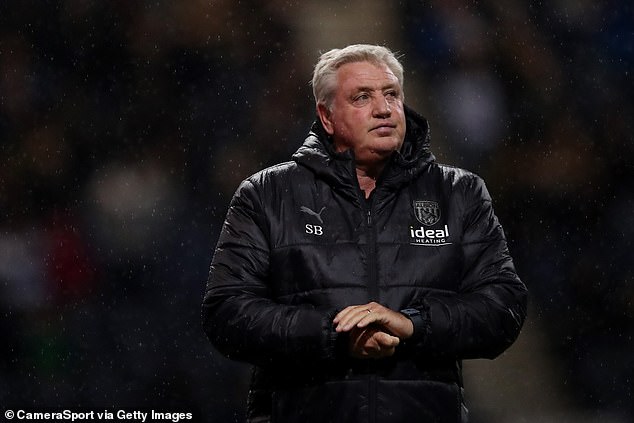 However, Bruce was unable to turn it around, as West Brom picked up just one point from his first five games in charge.

The Baggies had hoped to mount a promotion push ahead of this season following the summer acquisitions of Jed Wallace, John Swift, Okay Yokuslu among others.

But they have just one win from 13 league games so far – a victory over Hull, while West Brom also crashed out of the Carabao Cup to League One side Derby. 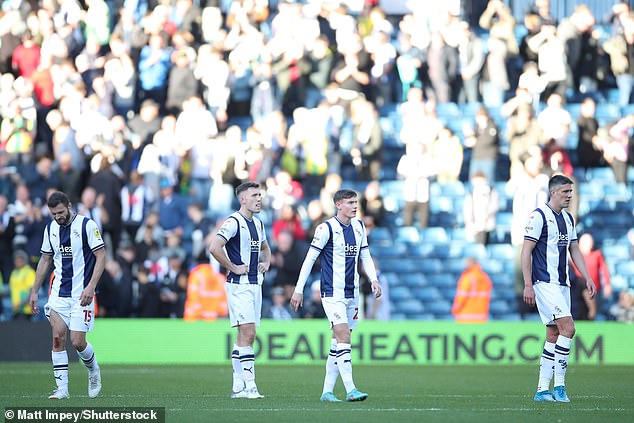 West Brom are still optimistic of a positive season with the hierachy having looked at when Steve Cooper took over Nottingham Forest when they were bottom of the Championship last September, before the Welsham guided the Tricky Trees to promotion.

The early contenders for the job include Sean Dyche, although there are question marks over whether the former Burnley boss would take a job at the bottom of the second tier.

Similarly Chris Wilder, who almost got the job last summer before Ismael took over, is a contender, while Carlos Coberan is available after being sacked by Olympiacos earlier this season with the Spaniard guiding Huddersfield to the play-off final last season. 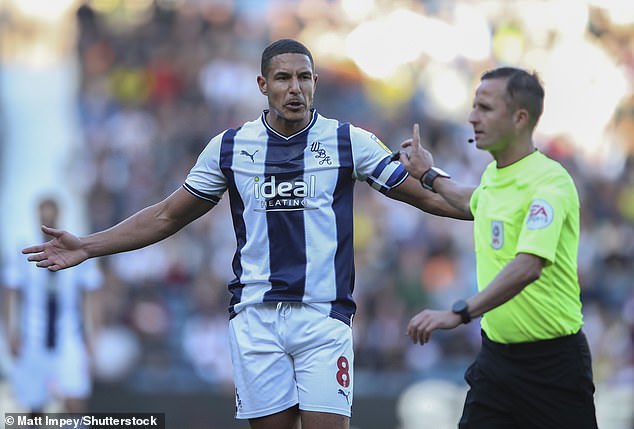 However, West Brom are still optimistic of a positive season with only 13 games played

Bruce was reported to be on the brink of being sacked after last Wednesday’s 1-0 loss to Preston.

Following the game, Bruce was asked about his future and responded: ‘That’s for other people. My frustration is we’ve never been able to arrest the slide. When you win one out of your first 12, then you have to accept what’s coming.

‘Unless I hear different, I’ll crack on. I still get up in the morning, want to come to work. It burns inside of me, especially as it is at the minute.’

West Brom have drawn eight of their 13 games but have conceded 18 goals – the fourth worst defensive record in the league and are already 10 points off the play-off spots.

They are next in action on Saturday when they travel to fifth place Reading.