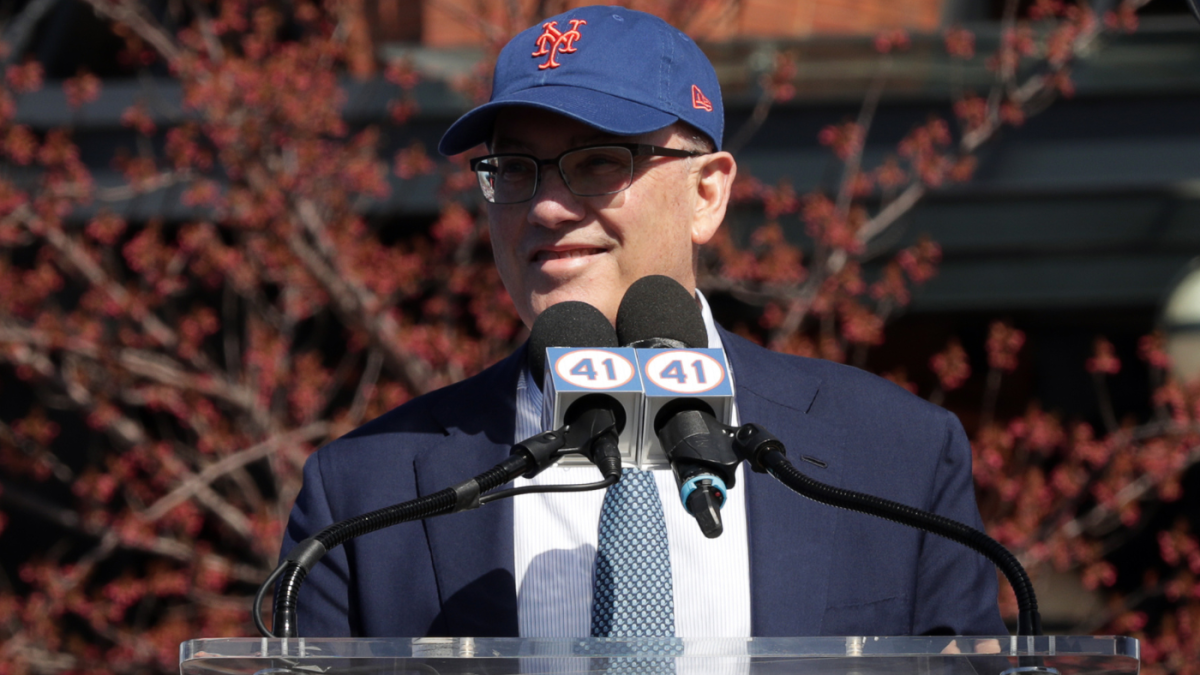 If there’s one thing we’ve learned this hot stove season, it’s that MLB teams have way more money than they let on. Free agent spending has already exceeded $2 billion and nearly half our top 50 free agents still have to sign. Contract projections are being blown out of the water. Everyone seems to be getting an extra year or two and several million more per year than expected.

For the second straight offseason, the New York Mets and owner Steve Cohen are at the forefront of free agent spending. That’s how it should be, right? The cartoonishly rich guy buys his childhood team and pumps money into the roster because he wants to win. Cohen is an old school owner in that regard. A few too many owners seem to be in it for the profits now.

The free agent outlay upped New York’s competitive balance tax payroll to $349 million, according to FanGraphs, which would easily be the largest in baseball history. The previous record? Cohen’s 2022 Mets. He spent $298.8 million on this year’s team. Because they would exceed the CBT threshold for the second straight year, these are the tax rates that apply to the 2023 Mets:

The Mets were already well over the $293 million threshold when they signed Robertson, so his $10 million contract comes with a $9 million tax hit, making it a $19 million outlay for a setup man. A very good setup man, but still, a setup man, and Cohen didn’t blink.

That fourth CBT threshold was created last offseason specifically to reign in Cohen’s spending — it is more commonly referred to as the Cohen Tax — but that hasn’t deterred Cohen. His $349 million estimated payroll would come with a tax bill well north of $70 million tax bill — $70 million! — so, all-in, the Mets are looking at spending more than $420 million on their 2023 roster. Cohen hasn’t blinked.

And the thing is, the Mets may not be done. It seems likely they’ll add another reliever or two, with their prices dependent on which tier of the market the Mets shop from.

If necessary, the Mets have a few avenues to trim payroll. Darin Ruf (owed $3 million in 2023) is eminently replaceable, plus catcher James McCann ($12.15 million) and third baseman Eduardo Escobar ($9.5 million) could be moved as well. That would require the Mets believing top prospects Francisco Alvarez and Brett Baty, both of whom debuted in 2022, are ready for full-time duty.

It seems Cohen believes in the “once you’re over the tax, there’s no reason to hold back” school of thought. The Boston Red Sox, for example, exceeded the $230 million threshold by less than $5 million in 2022. What good is that? They didn’t get any of the benefits of staying under (more favorable qualified free agent compensation, lower tax rates in 2023, etc.) but also didn’t really add to the team either. (Because they went over the CBT threshold in 2022, the Red Sox will only receive a compensation pick after the fourth round for Xander Bogaerts. Had they stayed under, they would have received a compensation pick after the first round. Again, what’s the point of going only a little over the threshold? Once you’re over, you might as well keep spending.)

Not every owner can do what Cohen is doing. The San Diego Padres, for example, can spend more on payroll than they currently do (FanGraphs estimates San Diego’s CBT payroll at $254.7 million), but there’s a limit. Committing $400-million-plus to payroll (salaries plus tax) just isn’t feasible for some.

But so many other teams can do more than they are. They just choose not to. Look at what Baltimore Orioles GM Mike Elias said during the Winter Meetings earlier this week. I swear, this would make my blood boil if I were an O’s fan. From an MLB Network Radio interview:

“We’re in a little bit of a unique juncture where we’re at in our curve where we’ve got all this internal talent. It’s young, we’ve got it under control … You do a long-term deal with pitching, the first year of it is likely to be the best year of the contract. So we’ve got to think about that. And I think our team’s going to continually get better the next several years. So we’ve got a little bit of a curve going on that we have to navigate this year.”

The Orioles have been rebuilding for five years and they improved by 31 wins in 2022, and that’s how they reward fans? By saying they need to navigate an upward curve? Elias knows there are six postseason spots now, right? And that the Philadelphia Phillies went to the World Series as the No. 6 seed? So much for the expanded postseason encouraging more teams to go for it.

Baltimore’s young core — Gunnar Henderson, Adley Rutschman, Grayson Rodriguez, etc. — will never be cheaper than it is right now. There will never be a better time to spend, and the O’s can spend in a way that doesn’t damage their long-term version. We all want to believe our favorite team’s young core is built for sustainable long-term success, but before you know it you’re the 2019-22 Red Sox. Success is fleeting. Go for it when the opportunity presents itself.

Cohen sees the opportunity and is going for it and yeah, it is fair to wonder whether the Mets have actually improved. For all intents and purposes they’ve swapped Jacob deGrom and Chris Bassitt for Verlander and Quintana, and Adam Ottavino for Robertson.

A big payroll doesn’t automatically equal big win totals. If it did, the Detroit Tigers and Los Angeles Angels wouldn’t have the sport’s longest postseason droughts. Spending money can improve the team though, and it undoubtedly energizes the fan base. Cohen has spent aggressively for the sole purpose of winning. It’s a throwback to the days of George Steinbrenner and Mike Ilitch, and it’s refreshing at a time when so many teams and owners are content to sit back and try to sell everyone on the future.