Euphoria‘s Sydney Sweeney has her first two solo Emmy nomination—best supporting actress in a limited or anthology series or movie for The White Lotus and best supporting actress in a drama series for Euphoria—and the 25-year-old actress truly dressed for the occasion. Sweeney stepped out solo on the red carpet tonight wearing a silver floral Oscar de la Renta gown. Her blonde hair was styled down in waves. 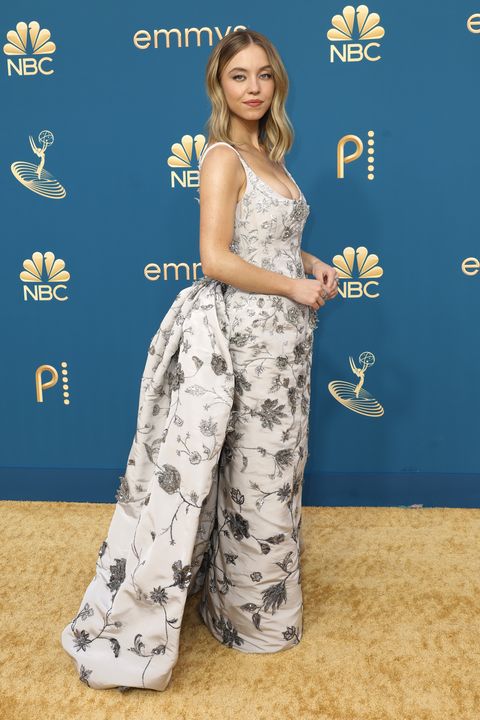 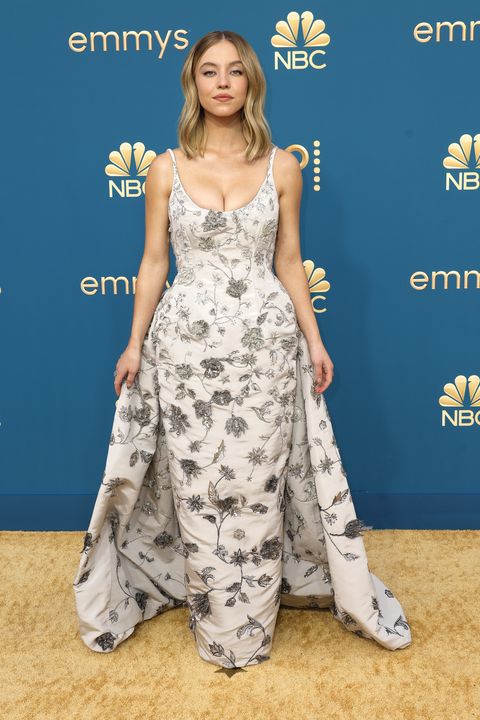 Last month, Sweeney gave an interview with Deadline about her roles in The White Lotus and Euphoria amid their Emmy nomination recognition. She admitted that she purposely seeks out characters far from herself.

“I actually try to find characters that I don’t connect to at all because I find that challenge interesting,“ she said. “I always want to challenge myself so that I can better my craft. Cassie, I think is one of the most relatable characters to me, because I search for love in other people and acceptance, and I’m scared of being alone. I was a teenage girl, too, so I definitely relate to her, but most of my characters I try to be vastly different from.”

She added that when she’s in character, she’s fully in character. “ I truly feel everything Cassie feels,” she said. “I like to look at it as if I am living and breathing that character’s life, and the moments that are happening are truly affecting her. I’m just allowing whatever hits her to hit me. It’s quite a process, but it’s why I fell into acting.”

“I truly believe when they call action, I am now Cassie,” she said. “And when they call cut, I’m Sydney. Anything that is happening [in between], whether it’s the scene partners, the atmosphere, anything in a moment—like a conversation you are having, I just truly listen and feel what Cassie is experiencing. I don’t like to plan it. I don’t do line reads. I just truly allow myself to live in my characters.”