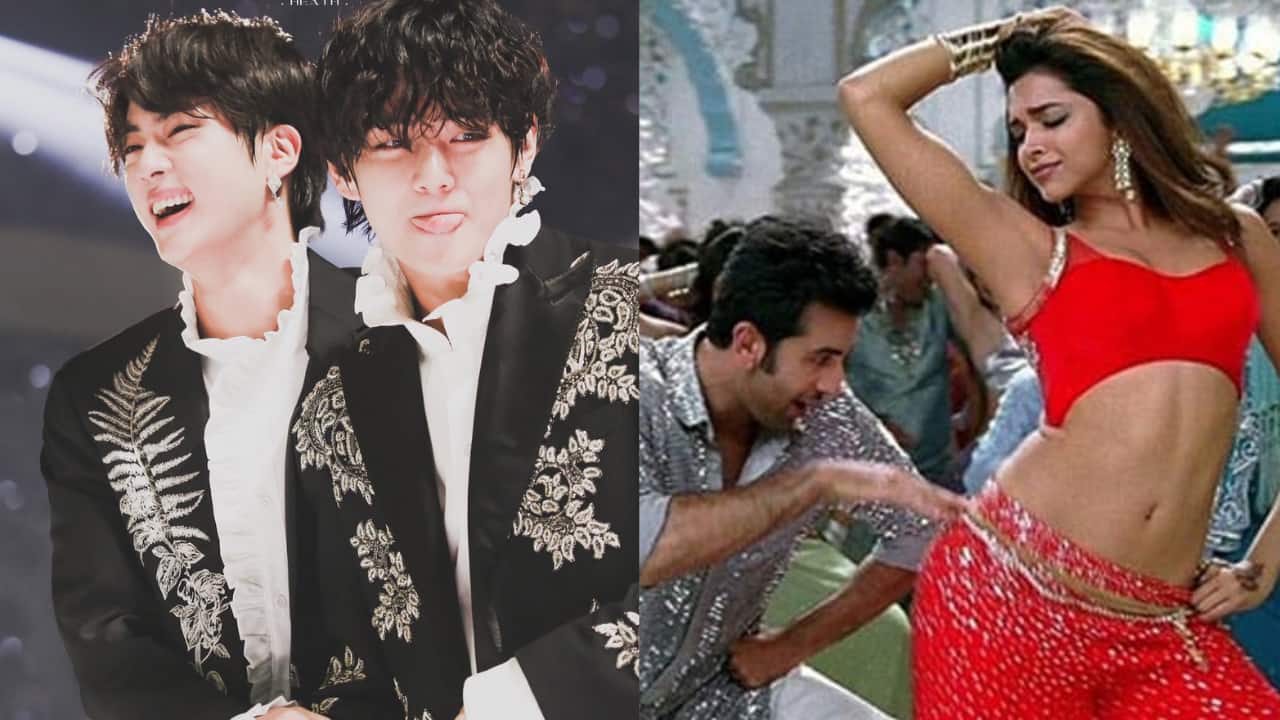 Ever imagined BTS dancing to Bollywood music? Well, thanks to the edits made by ARMYs we get to see them quite often. Yesterday, we shared with y’all the Good Newwz trailer edit of BTs which featured RM (Kim Namjoon) as Akshay Kumar, Jin (Kim Seokjin) as Kareena Kapoor Khan, V (Kim Taehyung) as Kiara Advani and Jungkook (Jeon Jungkook) as Diljit Dosanjh. Today, we are here with a music video edit. Today’s BTS edit video features TaeJin aka Jin and Taehyung. They have stepped into Ranbir Kapoor and Deepika Padukone’s shoes for Dilliwaali Girlfriend from Yeh Jawaani Hai Deewani. Also Read – Deepika Padukone, Priyanka Chopra and more Bollywood actresses who faced blatant sexism – view pics

The edit of Taehyung as Deepika includes some quirky and fun BTS moments of the Christmas Tree singer. Jin as Ranbir is a delight but with a more comic touch. He is Mr Worldwide Handsome as it is so the Brahmastra actor’s charm is naturally covered. The edit is too goofy to be missed and too entertaining to not share with other ARMYs. So, here you go… Watch TaeJin as Deepika-Ranbir here: Also Read – BTS: Feeling the winter chill? These SEXY fancams of SUGA aka Min Yoongi will set the temperature soaring – watch videos

Talking about Taehyung and Jin’s equation. They are close as brothers. Tae and Jin once had differences of opinion and it had resulted in a fight. The incident is quite famous amongst the ARMY. But, the water is under the bridge. The boys are thick as thieves. The BUTTER crooners are known to pull pranks on each other. Also Read – BTS: J-Hope’s sweet DM for ‘Workman’ show star Jang Sung-Kyu is proof why he’s called ‘sunshine’ of the group

Meanwhile, the boys are all excited about their webtoon 7 Fates: Chakho. Jin plays Hawn whereas Taetae plays Jooan in the series. It is releasing on 15th January 2022 on Webtoon itself. It has fantasy elements from Korean folklore. Currently, BTS have been enjoying their time off. They may have resumed their work schedule as we are in 2022 but nothing has been confirmed. It is said that BTS will release a new album this year. Moreover, an offline concert in Seoul in March is also being planned.

Meta sued for £2.3bn over claim Facebook users in UK were exploited | Meta

Kate Moss Celebrates Her Birthday With a Stealthy-Chic Look

Queen facing ‘another dilemma’ with Prince Andrew this spring |…

Key Molecule Identified That May Lead to New Treatments for…