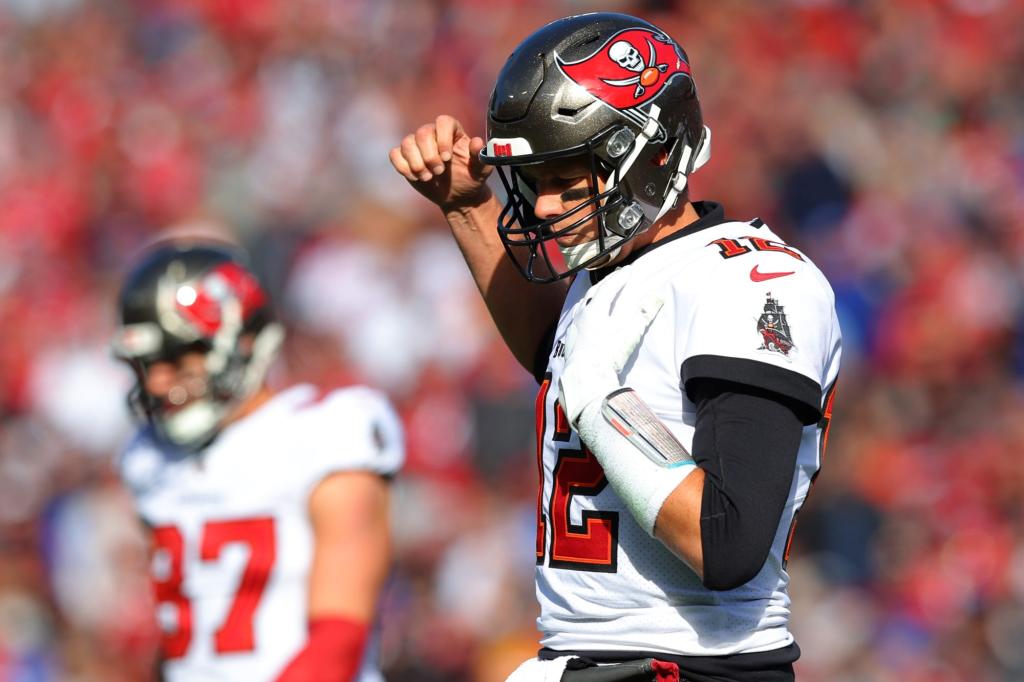 Leading up to the 2022 NFL season, Post Action Betting will release a gambling preview for all 32 teams in the National Football League, covering the schedule, predictions, win total, over/under picks and prop bets for every team. Today, we will cover the Tampa Bay Buccaneers. Be sure to check out our preview of the Kansas City Chiefs.

The Buccaneers came up just short in their comeback during their divisional playoff round matchup against the Rams last season.

Los Angeles held a 27-3 lead midway into the third quarter before Tampa Bay scored 24 unanswered points to tie with just 42 seconds left in the game.

Unfortunately, as time expired, the Rams quickly moved the ball 63 yards down the field for a Matt Gay game-winning field goal.

It was an uncharacteristic performance by a Tampa Bay defense that finished in the top ten of Football Outsiders’ DVOA metric. Overall, I had the Buccaneers’ power rated higher than the Rams last season, so it was undoubtedly a disappointing finish to their campaign.

Tampa Bay will now have to overcome quite a few departures this season if they plan to get back to their second Super Bowl in three years.

We’ll recap their roster moves and assess their chances for the upcoming season.

With so many moving parts for the Buccaneers this season, I think the best place to begin our analysis is to look at the opponents they’ll face.

According to Action Network’s predictive analyst Sean Koerner, the Buccaneers have the tenth-softest schedule on the board.

But remember, they’ll open up with two games on the road against the Cowboys and Saints before returning home to host the Packers and Chiefs. Thus, the Buccaneers may get off to a rough start, given the quality of those opponents.

However, Tampa Bay should benefit from playing the Falcons and Panthers four times inside the division. The Buccaneers will also face the AFC North division, which means they’ll play both the Steelers and the Browns.

Nonetheless, even after looking at some of the lesser teams on their schedule, I don’t see the Buccaneers getting to 12 wins to go over the team total.

Tampa Bay has been a very public team since the arrival of Tom Brady at quarterback. However, it’s worth noting that we’re seeing plenty of juice to the under at -145. That’s quite a telling sign, and since I agree with the move, I’ll look to play them under 11.5 wins.

If we’re fading the Bucs to go under their win total, one area where we could see them struggle is in the passing game.

Brady will be without his trusted tight end in Gronkowski. He’ll also be throwing to some new wide receivers in Julio Jones and Russell Gage. The big issue is the Bucs lost three starters from last season’s offensive line due to retirement or injury. That’s a big deal when the quarterback is in his 40’s, even if he’s Tom Brady.

And then there’s the report about Brady leaving the Buccaneers for ten days due to a personal matter while mixing in time for a getaway to the Bahamas. While I fully acknowledge that Brady is the Goat, this hiatus might cut it a little close as we near the start of the season. I am concerned about whether his time away will impact his wide receivers’ chemistry on the field.

Brady’s already thrown 12 interceptions in his first two seasons with the Buccaneers, and after recently turning 45 on Aug. 3, I can’t resist not fading him this spot.