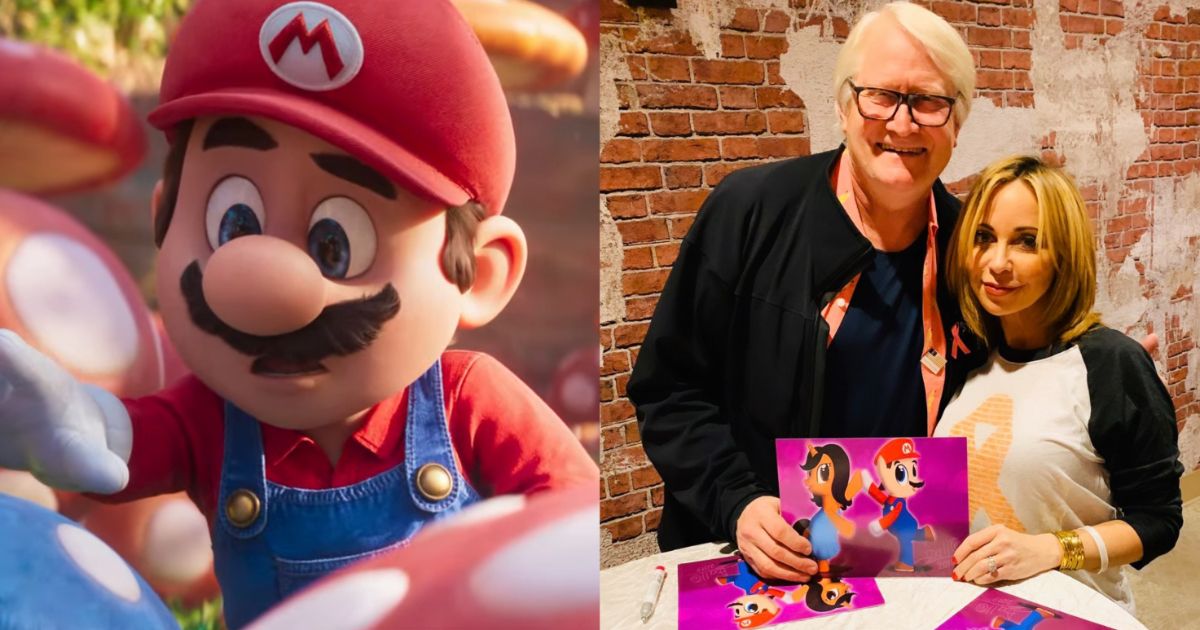 With his transition from video games into his upcoming animated feature film, Super Mario won’t be sounding quite the same. Ever since the Italian plumber started speaking in Nintendo games, Mario has been voiced by Charles Martinet. While The Super Mario Bros. Movie looks a lot like the video games, fans noticed a different voice for Mario in the new trailer, as the movie version of the iconic character is voiced by Chris Pratt.

Many fans have criticized the casting of Pratt, as one common argument is that Nintendo and Illumination should have stuck with Martinet for the role. Voiceover artist Tara Strong, who’s provided voices for Harley Quinn, Twilight Sparkle, and many other famous cartoon characters, also took to Twitter to weigh in on Mario’s new voice. Posting an image of herself alongside Martinet, Strong kept it simple with her first tweet with a short message that read, “It should be Charles.”

In a follow-up tweet, Strong wrote, “Voice actors- I’m gonna put my heart & soul in this for at least 20 years, help sell billions in merch, make the studios millions of dollars & make generations around the world happy. Hollywood- We don’t care.”

The good news here is that Charles Martinet has not been forgotten by Nintendo and Illumination. When the full voice cast for the movie was announced, his name was listed as a part of it. However, his character was not revealed. Perhaps there will be a way in the film for the video game Mario’s voice to be channeled through, at which point Martinet would rise to the occasion. It’s also possible he could be voicing a different character entirely, as nothing has been confirmed.

The Super Mario Bros. Movie will be released in movie theaters on April 7, 2023, in North America followed by a release in Japan on April 27, 2023.