Teen Mom OG’s Amber Portwood and her daughter Leah, 12, haven’t seen each other in ‘quite some time’

Amber Portwood admitted Tuesday during the return of Teen Mom OG that she and her daughter are still having trouble connecting.

The 31-year-old reality star shared on the series’ mid-season return that she and Leah, 12, have been seeing little of each other in recent months, and had not lived together for more than a year.

‘Leah and I are still struggling with our relationship,’ she revealed. ‘My relationship with her has changed a lot. I haven’t seen her in quite some time.’ 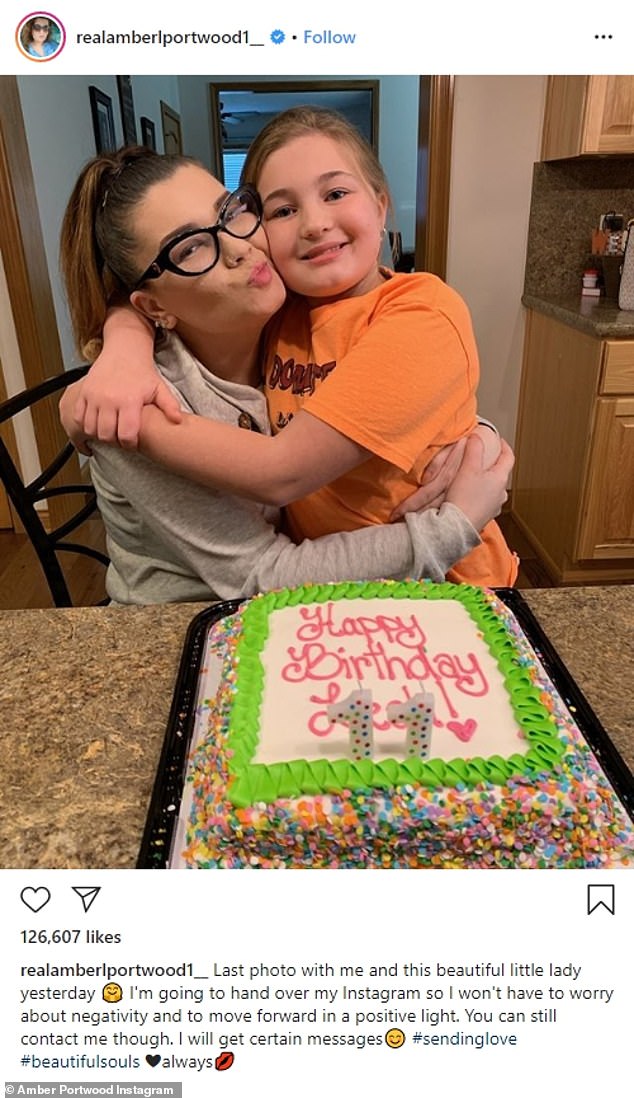 Strained: Amber Portwood, 31, revealed on Tuesday’s Teen Mom OG premiere that her relationship with her daughter Leah, 12, was ‘struggling’ after they hadn’t seen each other in ‘quite some time’

Later, Amber was seen grabbing lunch with her mother Tonya when she said she believed someone was coming between her and her daughter, ‘and it’s not right.’

The episode, which was filmed in April, featured the reality star worrying over whether she would be able to spend time with her daughter on Easter

‘I haven’t heard back from Gary or Leah if I can see her on Easter. I’m really getting the feeling that Gary and [his wife] Kristina might be keeping her from me,’ she said.

Her anxieties turned to anger and spilled over to an Instagram Live session in which she appeared to call her ex Gary Shirley’s wife Kristina a ‘whore’ and a ‘home-wrecker,’ according to E! News. 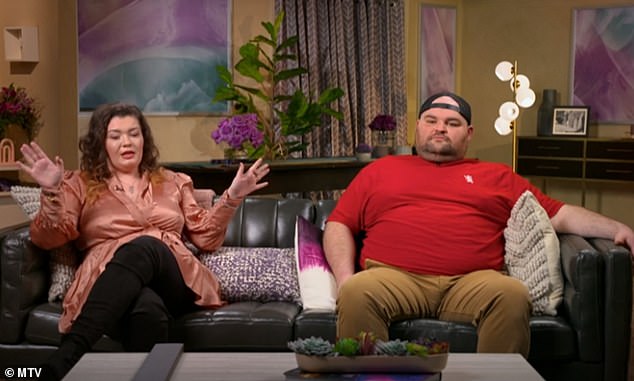 Big day: Amber was worried that her ex Gary Shirley and his wife Kristina were keeping her from seeing Leah for Easter; Amber and Gary seen on the Teen Mom OG reunion from April 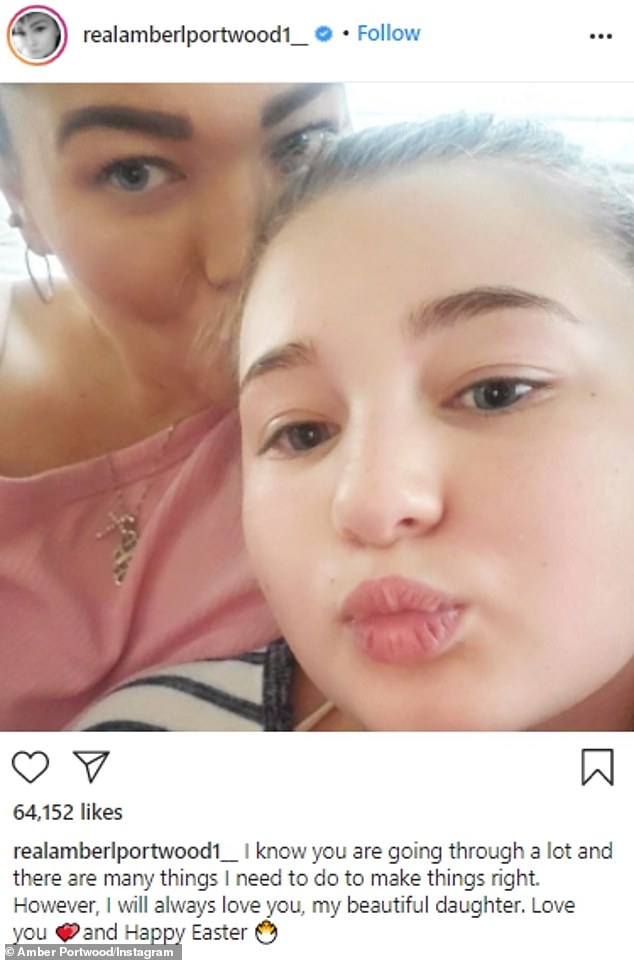 Getting personal: Amber took her complaints to Instagram Live, where she called Kristina a ‘whore’ and a ‘home-wrecker,’ according to E! News

‘I can’t sleep. I’m hurt… Kristina doesn’t do anything for Leah. She doesn’t take care of my daughter,’ she claimed.

‘I went to jail, I got depressed and now for years I’ve been trying and my daughter has not stayed with me for over 20 months.’

While speaking with a Teen Mom OG producer toward the end of the episode, Amber shared that she had been getting the silent treatment from her ex and her daughter.

‘I was ignored actually,’ she said, revealing that they hadn’t responded to any of her calls or text messages.

‘All I do is text Leah all the time,’ she said. ‘I don’t get anything back… Never. Not anymore. At all… I can’t count the days. It’s just going to make me even more depressed.’

‘I don’t understand why I’m getting treated this way now,’ she said as she broke down into tears. ‘I’m not going to give up on her.’

Radio silence: Amber said she hadn’t lived with her daughter in 20 months and claimed Leah and Gary ignored her messages; Leah (R) seen with Kristina on Teen Mom OG’s reunion

Bitter: During the reunion episode from April, the reality star walked away from her conversation with Gary over complaints that his wife ‘got in the way’ of her relationship with Leah

After sitting down with Gary, Amber cut their conversation short over her perception that Kristina was interfering with her relationship with Leah.

‘I’m going to stop this right now because we’re going to end this,’ she said at the time. ‘I’m going to end this on a positive note. Thank you, Gary, so much for that. I really enjoyed seeing that. That was amazing to actually hear you sticking up for me, but your wife is absolutely horrible at it.’ 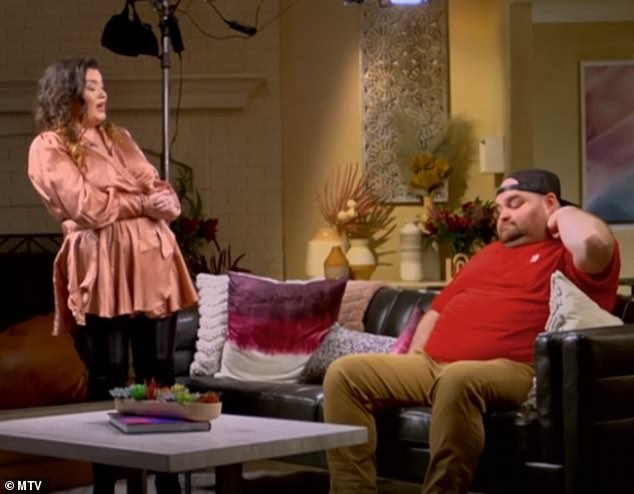 Conflict: As she walked out, Gary called after her: ‘[Kristina is] not getting in the way of your daughter’

Although she stayed civil with him, it was clear her anger was centered on Kristina.

‘Gary, I appreciate you. You know it. We’ve known each other for how many years? Fifteen years now, and I’m going tell you right now, you are a great person,” she continued as she stood to leave.

As she walked out, Gary called after her: ‘[Kristina is] not getting in the way of your daughter.’

France will soon offer free birth control to women under 25

“It Is The Only Single Country Remaining Divided In The World”

Delays at UK airports as IT failure hits biometric passport…

Green makeup: how to wear the colour of the season | Fashion

Dua Saleh on ‘Sex Education’ Season 3 and Their…

The most inspiring stories from the Mail’s Good Health…