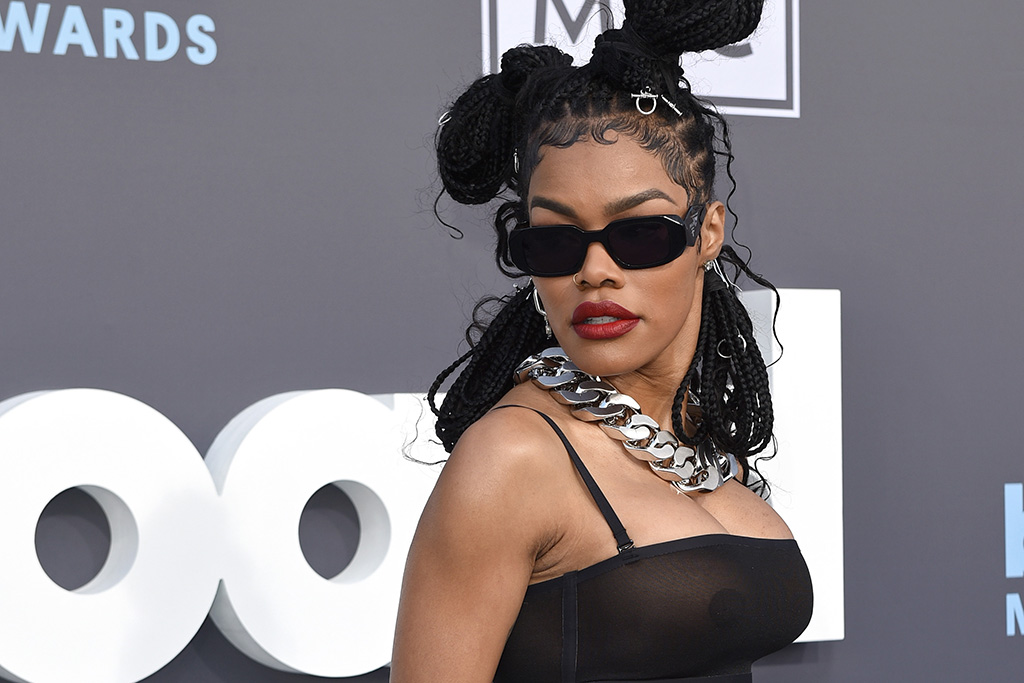 Teyana Taylor hit the red carpet for the 2022 Billboard Music Awards on Sunday in a fierce ensemble.

The singer-songwriter opened the show in award-winning fashion with Sean “Diddy” Combs, who is hosting the show, to sing a powerful snippet from the 1997 hit “Mo Money, Mo Problems.” Taylor was also joined by her adorable daughter, Juni, who hopped on stage to dance alongside the stars for her mom’s performance.

While Taylor made a statement in her edgy outfit, one of the most eye-catching aspects of the look were her giant Balenciaga x Crocs shoes. The Crocs were set in a platform sole, and featured a large silver boilerplate with the brand name on the front of the square toe. They were the perfect choice to complement the rest of her 90s-inspired, bold look.

The outfit included cargo-style black pants that were complete with leather studs, silver chains and padlocks. Taylor topped it off with a black bandeau top, and a giant chain link necklace that perfectly corresponded with her stacked bracelets.

The Billboard Music Awards are back in Las Vegas, celebrating music’s biggest stars and Diddy is taking the stage as host.  The BBMAs will be held at the MGM Grand Garden Arena and will be broadcast at 8 p.m. ET on NBC, in addition to streaming live on Peacock.

Discover more star arrivals at the Billboard Music Awards 2022 in the gallery.