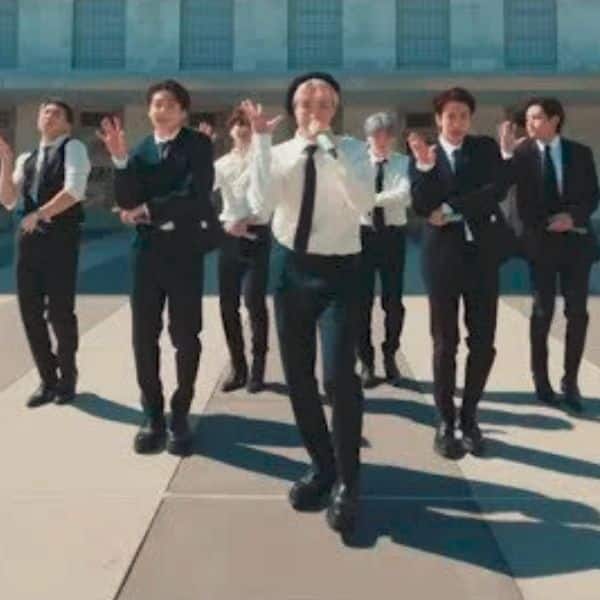 If we start counting the numerous feats achieved by the BTS members, it would take forever. They just keep achieving new things. They have done it again and it’s got something to do with their autographs. Also Read – Trending Hollywood news today: My Universe ft BTS x Coldplay gets ARMY excited, Nick Jonas relishes rock shrimp koliwada at wifey Priyanka Chopra’s restaurant and more

The band members recently visited New York City with South Korean President Moon Jae In and first lady Kim Jung Sook for three days. They did this as Special Presidential Envoys for Future Generations and Culture. During their trip, they also addressed world leaders at the 76th United Nations General Assembly. Also Read – BIG NEWS BTS ARMY; get ready to hoard special goodies on purchase of In the SOOP Season 2 VOD; can it get anymore exciting?

That was not all. BTS and Minister of Culture, Sports and Tourism Hwang Hee visited the Korean Cultural Center New York in Manhatten, New York. It’s a branch of the Ministry of Culture, Sports, and Tourism of the Republic of South Korea. They went to see a new photo exhibition that showcases 200 representative Korean actors titled “THE ACTOR IS PRESENT: Korean Actors 200.” Also Read – John Cena REVEALS his go-to music playlist while filming The Suicide Squad and BTS ARMY can relate to this

?BTS made a surprise visit to the #KCCNY?
OMG!!!! We got the BEST surprise EVER Korean Cultural Center New York from @BTS_twt !!???
They checked out the gallery AND even signed their autographs for us — you can check their autographs at the Gallery Korea! #BTS #BTSatKCCNY pic.twitter.com/w4K6SlFnlb

Their visit was a pleasant surprise for those who work at The Korean Cultural Center New York. “Thank you so much BTS!! We LOVED having you here and thank you for supporting Korean culture in New York!! We will always remember your visit!!” they wrote on Instagram.

They also wrote that they would be displaying their autographs. Their caption read, “They checked out the gallery AND even signed their autographs for us — you can check their autographs at the Gallery Korea! PLUS Minister Hwang Hee of the Ministry of Culture, Sports and Tourism was also at the KCCNY so they had a chance to meet again too!”

Linda Evangelista Reveals She Was ‘Brutally Disfigured’ After a Cosmetic Procedure