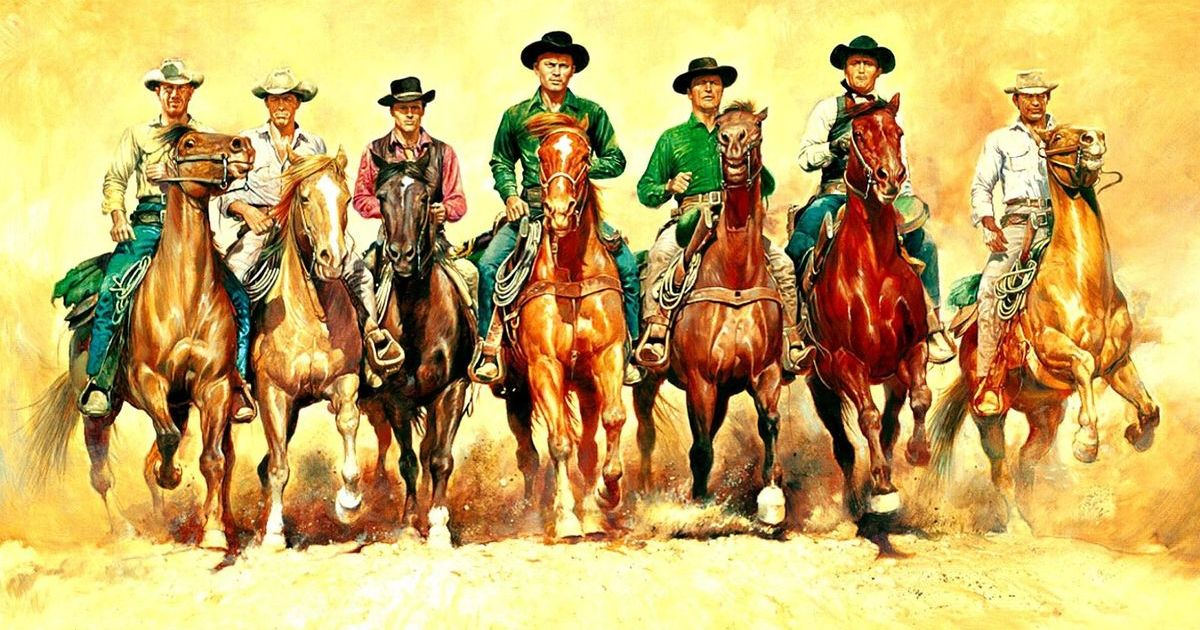 With cowboys, gun fights, and renowned actors, the western genre will forever be iconic within cinema. For more than a century, we have appreciated these classic movies, from well known western actors like Clint Eastwood and John Wayne, to brilliant directors like John Ford and Burt Kennedy. They’re comedic and full of action, and most of the time they even have quite a heartwarming and thoughtful story behind them, either historically based or just emotionally grounded.

Some viewers just can’t get enough of these cowboys, debating about which are the best western movies of all time and re-watching their favorite classics. However, deciding which era was the best for the genre can be quite difficult. Nevertheless, there’s something special about the 1960s; western movies soared throughout this time, which was arguably the last great decade for mainstream western movies. Once the more cynical films of the American New Wave emerged in the ’70s, along with the free love and hippie movements, the western genre became rarer and rarer, at least until a recent resurgence. That being said, these are some of the greatest western movies of the ’60s.

This 1968 epic Western was directed by the legendary creator of the Spaghetti Western genre Sergio Leone. Once Upon a Time in the West is based on a story written by him, Dario Argento and Bernardo Bertolucci, both masterful Italian film directors, and starring Henry Fonda and Charles Bronson as his enemy. We follow rail baron Morton, who wants to claim a piece of land and sends his helper, Frank, to scare off the owner so that he can claim it. Scaring is one thing, but Frank takes it a step further and kills him instead.

Related: The Best Cult Classic Movies From the 1960s

To cover his tracks, he blames it on Cheyenne, who is already an outlaw. To throw more problems in the mix, arriving to town is a strange and mysterious man (who isn’t afraid of slinging a few guns) with his wife. As the plot unravels and more is discovered, we can’t help but become hooked on the characters and how the story will end. One of the greatest epic westerns of all time, Once Upon a Time in the West is a beautiful, grand depiction of the birth of modern America.

Starring the iconic western actor John Wayne alongside Edward Asner, 1966’s El Dorado is somewhat based on Harry Brown’s novel, The Stars in Their Courses and follows Bart Jason, who wants to force the MacDonald family out of the town with hopes of claiming their land, and he gets a group of thugs to do it. But, unfortunately for the family, the town’s Sherri, J.P. Harrah, is a drunk and isn’t much help. Luckily, Harrah’s friend, Cole Thorton, is pretty good with his guns and gets Harrah up and ready for an epic gun fight.

El Dorado is thrilling, exciting, and full of action, as can be expected with most westerns starring John Wayne, as he rides in to save the day. This is the middle film in Howard Hawks’ brilliant western trilogy with Wayne, preceded by the masterpiece Rio Bravo and followed by Hawks’ last film, Rio Lobo.

With a brilliant all-star cast including Yul Brynner, Steve McQueen, and Charles Bronson, and one of the most iconic theme songs in movie history, The Magnificent Seven is just a sheer classic. The film, a loose remake of Akira Kurosawa’s masterpiece Seven Samurai, follows a small village that has just been attacked by the outlaw Calvera, so in order to protect themselves, three Mexican farmers head out to buy some guns. By this point, we know for sure we’re about to see some much loved gun-fighting, shootout action.

When they are advised to hire professional gunmen instead, they manage to recruit a group of skilled fighters and create a plan on how they can protect their town from being attacked again, and ultimately, how they can take down Calvera. We also get to witness their friendships forming and even a budding romance between one of the gunmen and a local girl from the village, but will they survive the fight?

Written by William Goldman and directed by George Roy Hill, Butch Cassidy and the Sundance Kid is a western loosely based on the true story of two Wild West outlaws, Robert LeRoy Parker (who became known as Butch Cassidy), and his partner Harry Longabaugh (who was referred to as the Sundance Kid). Their story tells of them on the run with Sundance’s lover, Etta, from a gang after their trail of train robberies. It’s ultimately a story of friendship, adventure, difficult romance, crime, and life as an outlaw, that never fails to be exciting. Butch and Sundance might just be the most lovable outlaws in western history, and Paul Newman and Robert Redford provide us with a brilliant, amusing, but grippingly dramatic movie with one of the most iconic endings in history.

Who doesn’t love a bit of Clint Eastwood with his rugged good looks, his cool demeanor, and that great gun-slinging action? We see Eastwood play a man with no name who becomes known as Joe. A Fistful of Dollars was Eastwood’s first leading role, it initiated the rise in popularity of the spaghetti western subgenre, and it was the first installment of what soon became the Man With No Name Trilogy.

In this case, the man with no name finds himself in San Miguel, a Mexican village, up against the three Rojo brothers and Sheriff John Baxter. When some Mexican soldiers bring gold to the village to pay for some new weapons, the man with no name sees this as an opportunity for him to use it for his own benefit. With an iconic soundtrack and plenty of violence, it’s no wonder that it created a trilogy; you can’t go wrong with a classic western storyline like this, and Leone milks it for everything it’s got with his thrilling, violent, and immensely entertaining style.

Eastwood returns in this final part of the three films from Sergio Leone generally known as the Man with No Name Trilogy, The Good, the Bad and the Ugly. The film finds the iconic Clint Eastwood (the good), Lee Van Cleef (the bad), and Eli Wallach (the ugly) as they oscillate between teaming up and competing for a great deal of money.

Blondie (Eastwood) and the outlaw Tuco (Wallach) form a sneaky partnership that consists of Blondie turning Tuco in as an outlaw in order to receive the reward money, and rescues him last minute just as he is about to be hanged, and they escape with the bounty money, yet Blondie eventually ends their partnership. An angry Tuco seeks vengeance and attempts to have Blondie murdered but they team up together again find a shocking prize. Fun, fast-paced, and thrilling, with an endlessly quotable score composed by Ennio Morricone, The Good, the Bad and the Ugly has to go down as a classic gun-slinging western, and the three actors have an endearing, energetic, and exciting atmosphere on the screen.

Iconically known as one of John Wayne’s best westerns, and one which saw him win an Academy Award and a Golden Globe Award for Best Actor, it’s no wonder we see True Grit in our top ranked westerns of the ’60s. Wayne appears as Rooster Cogburn, who young Mattie Ross hires after her father’s murder. Looking for revenge, Mattie asks Cogburn to help her track down the man who is responsible.

Together they go on a dangerous and action-packed journey to bring justice to Mattie’s father, though Cogburn has some eccentric techniques of hunting someone down. True grit became a well known film within the western genre and is possibly one of Wayne’s most recognizable characters. It’s success eventually led to a surprisingly great modern remake from the Coen brothers, and has gone down in history as one of the best western movies not just of its decade but of all time.