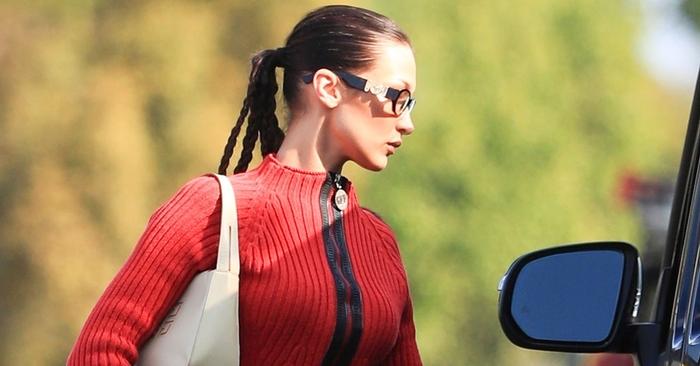 Parachute pants. Balloon pants. Barrel-leg trousers.  They’re all variations on the same theme with a similar mantra: Bigger is better. And they all have numerous celebrity fans right now, including Bella Hadid, Tracee Ellis Ross, and Jennifer Lopez. But don’t fret if you’re not exactly a bold dresser because there are also plenty of easier-to-wear and affordable versions inspired by the trend.

Hadid, for instance, recently wore drop-crotch, ultra-wide-leg, low-slung parachute pants. Naturally, she pulled them off with aplomb. Ellis Ross, ever the risk-taker, wore perhaps the boldest version of the trend—Loewe pants that look like they could take flight at any moment. On the other hand, Danish influencer Pernille Teisbaek wore padded cargos akin to exaggerated ski pants. Scroll down to see how celebrities are wearing parachute pants and shop wearable versions of the trend.