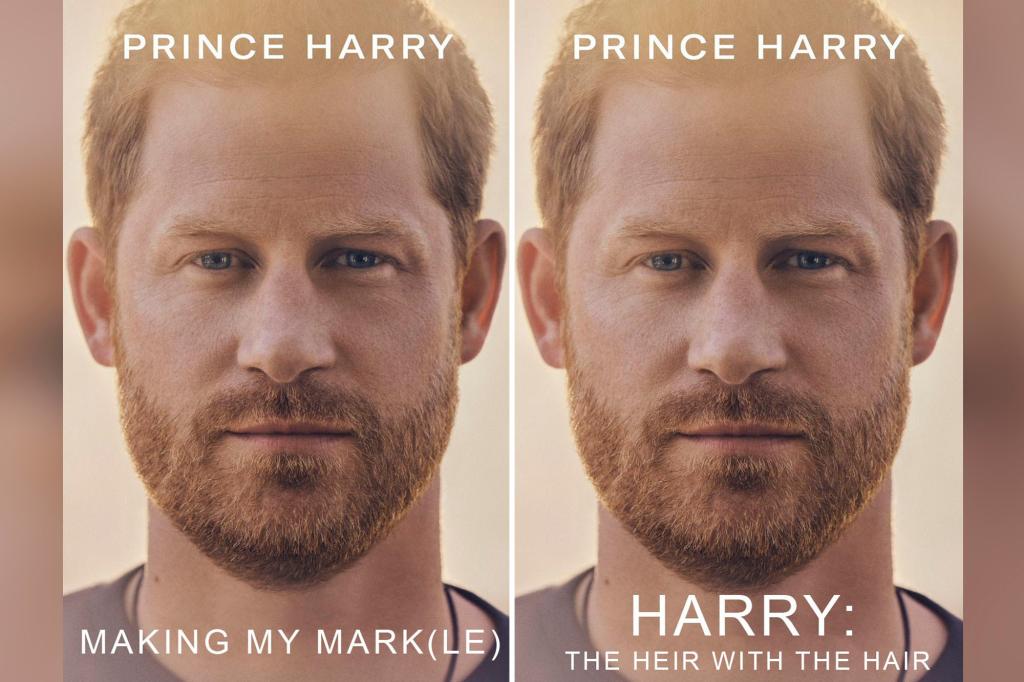 It’s almost time for the royals to read it and weep.

Prince Harry’s hotly anticipated memoir is set to hit the shelves Jan. 10 — and his anxiety-riddled Royal Family is praying he does them write, sources said this week.

The duty-ditching duke’s tell-all, titled “Spare,” is expected to make an explosive splash and his relatives are reportedly “hugely nervous” about a tomb they consider a “time bomb.”

“The consequences of this will be far-reaching and may be highly destructive,” royal author Richard Fitzwilliams told the Daily Mail on Thursday.

Rumors and speculation are already swirling about the title, which refers to Harry’s lifelong role as the “spare” heir to his older brother William, Prince of Wales.

According to Fitzwilliams, the title is “sensational” and “implies that [Harry] was not valued or … that he did not feel at the center of events.”

The royal expert said the memoir has Buckingham Palace “very concerned, especially since these are the early months of King Charles’ reign.”

“There will undoubtedly be interviews, serialization and endless speculation about this memoir,” Fitzwilliams told the Mail, adding that he thinks the 38-year-old prince “should have waited many years” to tell his story.

While the public awaits the book’s official debut, Harry is supposedly scrambling to revise it in the wake of the death of his grandmother, Queen Elizabeth II.

Publicity expert Mark Borkowski predicted that “the damage to the royal family will be great.”

“Charles’ retaliation could include not giving their children their prince and princess titles, and even withdrawing their own titles of Duke and Duchess of Sussex,” Borkowski said of Harry, wife Meghan Markle, 41, and the couple’s kids: son Archie, 3, and daughter Lilibet, 1.

Penguin Random House plunked down $20 million for his tale — and a rep for the publishing house says Harry plans to donate some of the proceeds from his book to various organizations.

“We are excited to bring to readers everywhere the remarkably personal and emotionally powerful story of Prince Harry, The Duke of Sussex. For Harry, this is his story at last,” the publisher’s wrote on Instagram.

In a gallant effort to help a fellow scribe, The Post has offered up a list of page-turning alternative titles below.

(We think they’d make a better read — but that’s another story.)