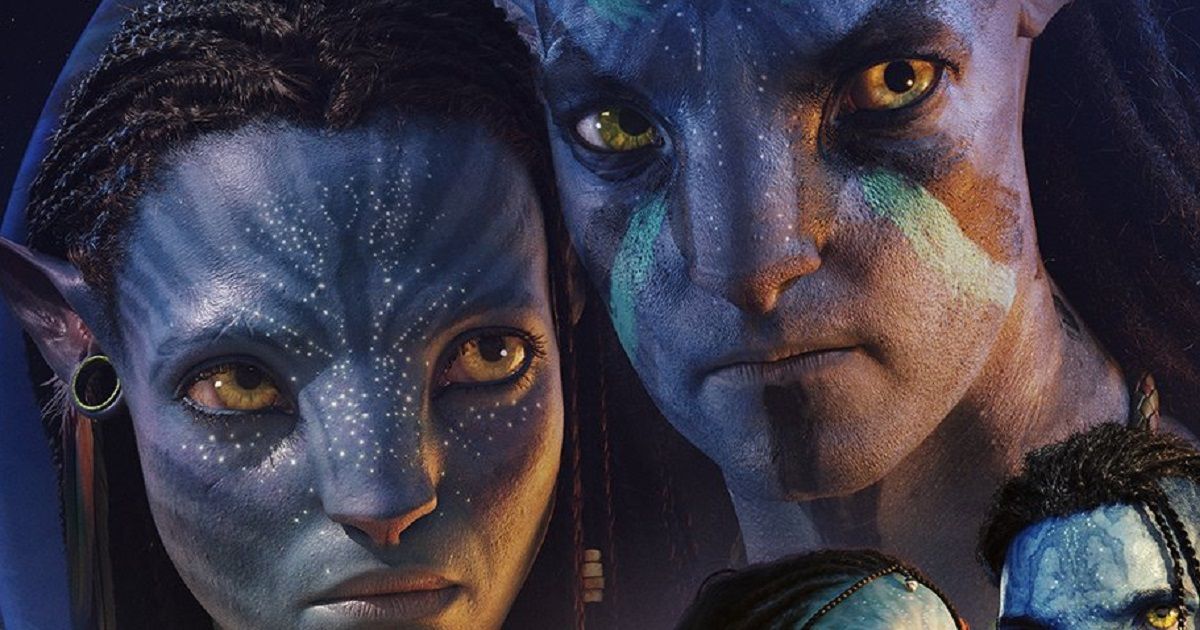 The first poster for Avatar: The Way of Water puts Jake, Neytiri and their new family front and center. Released courtesy of the official Avatar Twitter account, the poster offers another look at the characters, both familiar and new, with the poster for the long-awaited sequel coming alongside the stunning new trailer.

The latest footage gives us our best look yet at Jake and Neytiri’s new brood, with this first poster not only providing another look at the Na’vi family, but again showing off the incredible level of detail used to bring these characters to life.

Director James Cameron has since explained why he decided to give Jake and Neytiri a family in Avatar: The Way of Water, with the filmmaker wanting to achieve something that he believes current franchises are sorely lacking. “I’m a father of five. I look around – I don’t want to specifically say the Marvel Universe, or the DC Universe – at current fantasy and science-fiction and all these heroes seem unbound in the mire of relationships, the stuff that pulls you down and clips your wings, that stops you running around and risking your life,” Cameron explained. “I thought, ‘What if I take these incredible characters of Jake and Neytiri and give them a family?’ That gives them feet of clay right there.”

Related: Can Avatar Successfully Become the Next Major Franchise?

Avatar: The Way of Water Will Expand the World of Pandora Alongside Jake & Neytiri’s Family

Adding a family to the mix will not be the only way that Avatar: The Way of Water expands the world of Pandora, with producer Jon Landau revealing that the follow-up will introduce all manner of new cultures and biomes. “With each sequel, we’re going to introduce audiences to new cultures and new biomes,” Landau said last month. “We don’t leave behind the cultures that we’ve met.”