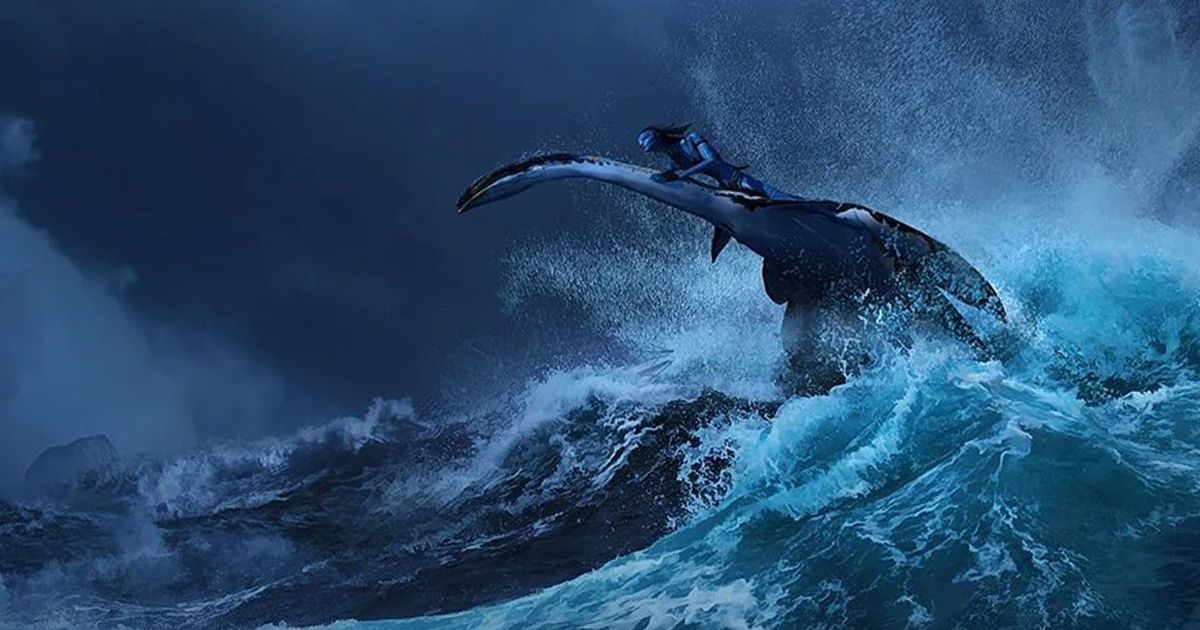 When James Cameron’s Avatar was released in 2009, it took the world by storm. Audiences everywhere (and we mean everywhere) sped to theaters and made this sparkling sci-fi epic nearly $3 billion at the box office. To date, it’s the highest-grossing movie ever made, topping Avengers: Endgame and Titanic. After such monumental success, an Avatar sequel was all but guaranteed. But 13 years later, fans are still waiting to see if James Cameron will repeat the first film’s explosive impact.

Earlier this year, Avatar: The Way of Water finally had its release date announced for December 16th, 2022. But this announcement came after a long, troubled history of delays and setbacks. Per Variety, Cameron’s original plan had Avatar 2 releasing in 2014, with Avatar 3 following only one year later. Of course, things don’t always go as planned, but fans of the franchise are right to wonder how and why Cameron’s plans took 13 years to come to fruition. While we wait these last few months, let’s take a look at why Avatar: The Way of Water took such a long time to make.

The Cost of COVID

As Avatar: The Way of Water’s premiere date looms, stakes are high for James Cameron and 20th Century Studios. With a budget of over $250 million, and three more Avatar sequels planned for the future, The Way of Water needs to be a massive success to make all this waiting (and money) worth it. After so many years of buildup, fans and critics alike are ready to see Cameron’s new vision of the world of Pandora realized onscreen.

But not every production delay can be avoided. With the onset of the global COVID-19 pandemic in 2020, the filmmaking industry slowed to a halt. Movies scheduled for release in the summer of that year, like Top Gun: Maverick, were pushed back as far as 2022, and Avatar: The Way of Water was no exception. In a conversation with California governor Arnold Schwarzenegger, Cameron remarked that “COVID hit us like it hit everybody,” resulting in four and a half months of lost production time and a one-year release date delay. If not for the pandemic, then, the Avatar sequel may have been available to audiences as early as last December. Some things have simply been out of Cameron and his crew’s control.

Related: Sam Worthington Opens Up on Avatar: The Way of Water: ‘It’s Mind-Blowing’

Avatar fans who don’t look beyond The Way of Water may not be seeing the big picture. Cameron’s plans for the franchise are far bigger than one sequel, with Avatar 3, Avatar 4, and Avatar 5 all slated for release by 2028. However long it takes, Cameron seems invested in making Avatar a long-running series after the model of the Star Wars franchise or the Marvel cinematic universe. Or, put another way, he sees the world of Pandora as something full of possibilities — yes, five movies’ worth of possibilities. It’s as though Cameron won’t leave Pandora behind until he’s explored its farthest outer reaches.

This sprawling plan for the series has deeply impacted the production schedule of Avatar: The Way of Water. When Cameron announced in 2010 that he would be shooting Avatar 2 and 3 back-to-back, there were concerns that the project had grown too big to manage, and these concerns have not been put to rest in the decade following. It’s a massive undertaking to try and shoot two blockbuster movies at once, but this is the path Cameron chose to take. To his credit, he effectively finished shooting Avatar 3 just after The Way of Water had wrapped, but we won’t be seeing the third entry in the series until December 2024. It’s clear how such a tightly-packed, ambitious production schedule could lead to major slowdowns in the Avatar release pipeline.

Related: James Cameron Explains Why He Decided to Give Jake & Neytiri a Family in Avatar: The Way of Water

While James Cameron’s plans for the Avatar franchise are ambitious, his ideas for evolving the world of Pandora are even bolder. Not satisfied with retreading the ground covered by the first movie, Cameron decided he would leave the cliffs and forests of his sci-fi planet behind when making Avatar: The Way of Water. As its name suggests, our setting this time around is the ocean. The film will, of course, spend time on land too, but one of the key selling points of the sequel is its breathtaking introduction of Pandora’s aquatic flora and fauna. And the debut trailer made it especially clear just how much work went into realizing this underwater alien world.

To make Avatar: The Way of Water‘s aquatic sequences possible, Cameron drew on his experience working with water on The Abyss and Titanic. Scenes had to be filmed in intensive, underwater shooting sessions that took place in giant water tanks. For one scene, actor Kate Winslet was required to hold her breath for 7 and a half minutes, per People. You get the idea: filming underwater is far from easy. In post-production, the movie industry’s leading special effects teams then went to work on rendering Pandora’s oceanic vistas in painstakingly detailed CGI. The results speak for themselves, but they came at a cost. More than a decade of labor has gone into making Avatar: The Way of Water, and audiences are just now on the cusp of seeing it all come to fruition. It won’t be long now until the wait is finally, shockingly over.