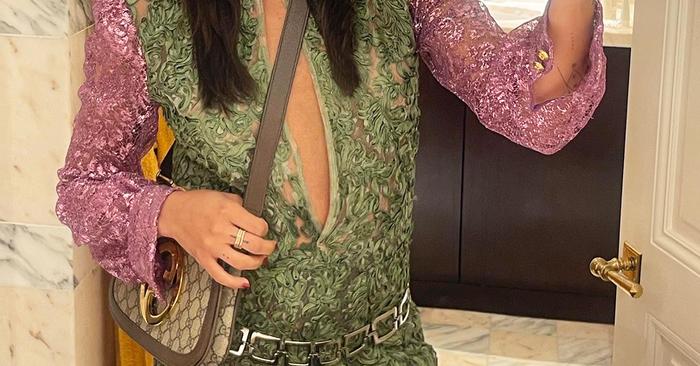 There’s a new It bag in town and it’s quite literally the antithesis of the Y2K-inspired It bags that have been so popular for the first half of this year, and we have the receipts. The RealReal just released its annual Luxury Resale Report for 2022, and it’s certainly telling. Being one of the most popular luxury resale companies in the game, The RealReal knows everything about what people are really shopping for right now, so you can trust its intel.

I highly recommend perusing the entire report, but one of the tidbits that stood out to me was that Gucci Blondie Bag was named the “It-Bag Comeback”. The recently revived bag was first released in 1971, and it gives ’70s glamour in spades with its chain strap (although some versions feature long leather straps), gilded logo, and slim profile. It’s quite the opposite of the aforementioned early-2000s-inspired It bags of 2022, but those are still highly coveted as well (The RealReal named Balenciaga’s Cagole bag as the “Most Obsessed and Wait-Listed” bag of the year).

Given the recent buzz I’ve been hearing about the Gucci Blondie bag and how often I’ve spotted it on Instagram as of late, and now The RealReal’s re-enforcement, I’m convinced that this is the bag everyone will want to get their hands on this fall. (Not only that, just a few of the celebrities that have carried it include Anne Hathaway, Elle Fanning, and Alexa Chugn.) Scroll to shop them for yourself if you’re ready to splurge.