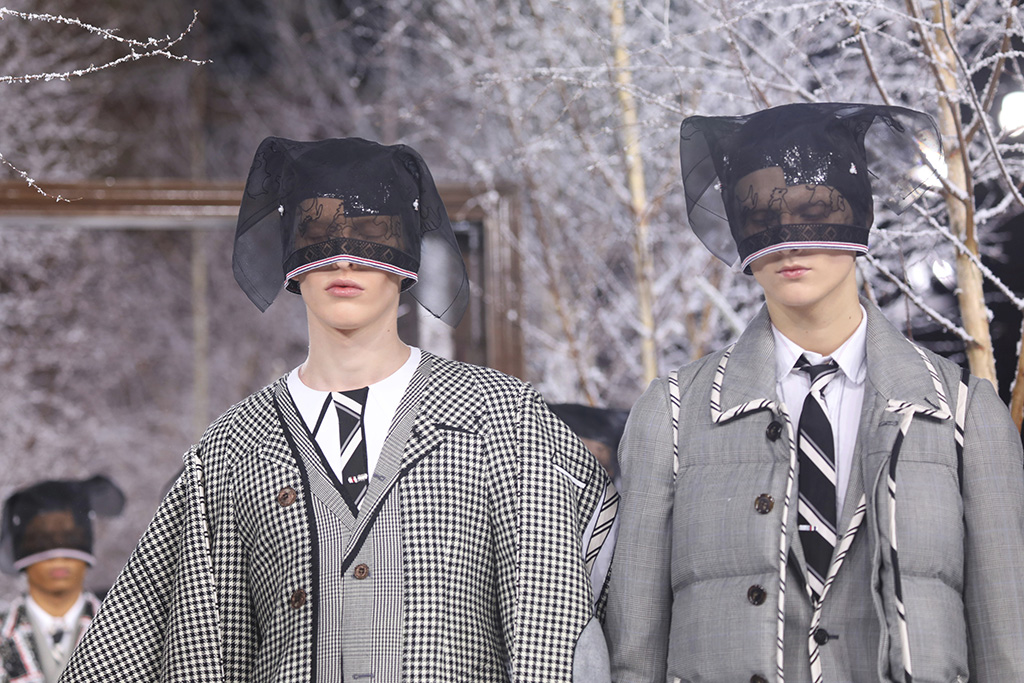 Bazan, who has led the global expansion of the New York-based fashion brand, its direct-to-consumer footprint, philanthropic endeavors, and commercial collaborations since he took the helm of the company in 2016, spoke a lot about Thom Browne’s retail growth over the last few years.

Bazan noted that the company had a total of 80 stores worldwide at of the end of 2021, in cities like Beijing, Shanghai, Hong Kong, Tokyo, Seoul, Milan, and London. The brand is also continuing its expansion in the U.S. and plans to open a total of 100 directly-owned stores around the world by 2023, Bazan said.

This expansion is largely due to the 85% majority share purchase of Thom Browne by Zegna in 2018, allowing access to resources for continued growth of the brand’s product and service offerings. In fact, the deal itself had an enterprise valuation of about $500 million, easily opening the door to new growth. (Note: Zegna has officially become a public company as of Dec. 2021.)

And according to Bazan, the acquisition was the catalyst for the brand’s Chinese development. “China was our first priority when mapping out our expansion,” Bazan said. “We loved the fact that we had the ability to start from scratch in China. Having some experience from my previous position at another New York-based brand (Alexander Wang) aiming to grow in China, I knew that the potential to develop our footprint in the country was great. The hard part, though, is knowing when it’s the right time to do it. So, we actually ended up opening five stores in eight months, with an extra ten stores in thirty months.”

In September, Thom Browne invested in the Chinese market even further with the launch of the brand on Alibaba’s Tmall Luxury Pavilion. “To my surprise, this launch was completely done long-distance from our offices in Europe and the U.S.,” said Bazan. “But we have since developed a team in Shanghai that is managing the local businesses successfully.”

Asked how Thom Browne has adapted the brand, its messaging, marketing, and even products to this market, Bazan noted that the company tries to express the brand in a unified way across the globe. However, Bazan said that Thom Browne has created local content that speaks to the Chinese consumer. “We built campaigns around Single’s Day (also known as ‘11.11’) and Chinese New Year using local talent,” he noted.

“We remain very confident on our stance on the Chinese market in the future,” said Bazan. “We continue to see the evolution of the client, the consumers are in the market for luxury goods, and we plan to be there for them.”