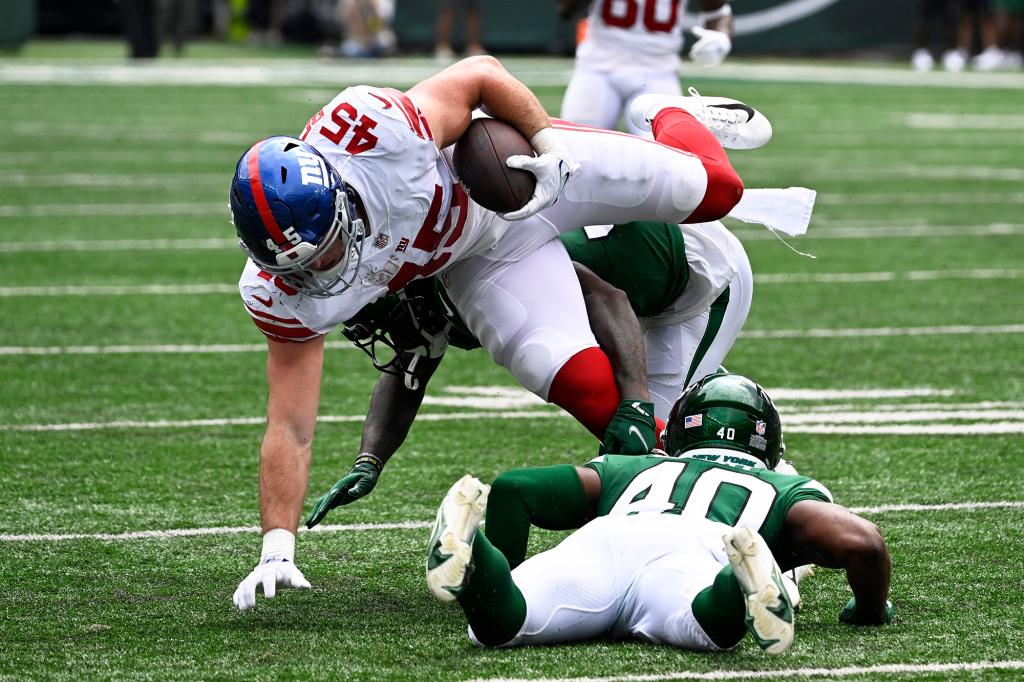 Three takeaways from the Giants’ 31-27 preseason loss to the Jets on Sunday in the Snoopy Bowl at MetLife Stadium:

WR Wan’Dale Robinson got off to a hot start in training camp but the diminutive rookie cooled off in the first two preseason games — his three receptions went for minus-3 yards. He caught only one pass in this game, but he did gain 11 yards on a jet sweep, something we will see more of when the games count.

Rookie Daniel Bellinger was forced out of the game with a concussion. He has two weeks to clear the protocol and return to action. He is needed, badly, as the tight end position is as thin as any on the roster.

He Won’t Throw Away His Shot

Devery Hamilton is doing what it takes to make the club — keeping himself available and showing some versatility. He started the game at left tackle and he recovered a fumble by teammate Antonio Williams. He was called for a holding penalty in the third quarter. Based on rampant injuries at the position, Hamilton, 24, might have to start the season opener at left guard.