Throwback to Jimin-Jungkook’s dramatic fight in the rain that made Jin, RM compare them to a K-Drama couple 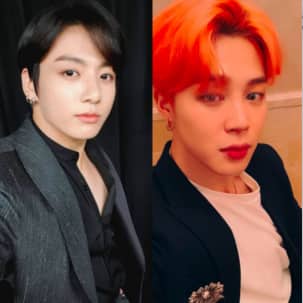 While the septet of BTS is unimaginably close knit, some fights/arguments are bound to happen when a group of 7 boys live together all the time. Now, BTSFesta is happening and fans are damn exciting about what treats their faves would give them in form of music and videos. Here is a throwback to the Festa 2020 when Jimin spoke of a nasty fight between Jung Kook and him. The two boys had a spat in the practice room and Jimin angrily stormed off telling Jung Kook that he can do whatever he feels like. It seems the handsome singer took a walk home from the studio. Also Read – If BTS’ Jungkook is the Golden Maknae, who is the Golden Hyung? – Find out

Jung Kook was already feeling bad and called up Jimin to apologize. It seems he was in tears. But Jimin was in no mood to listen and told him not to call. Then, he says that he asked Jung Kook where was he to which the Golden Maknae said that he was lost. It seems he was sobbing on the phone and that had already melted Jimin’s heart. It had also started raining heavily by then. After listening to this, Jin and RM remark that this scene looks straight out of a K-Drama. Kim Taehyung aka V is seen saying that this looks like a couple fight. Jin cannot control his laughter. Also Read – BTS Festa 2021: Septet’s test to check how well the band members know each other gets hilarious reactions from ARMY

Later, Jung Kook says that he took a taxi and come home. It seems Jimin was waiting for him standing in the rain. When they met him, Jimin hugged his Kookie and how! RM and Jin start teasing him some songs that look straight out of a K-drama. V’s reaction is the funniest. Jung Kook is the most shipped idol from BTS. We have hashtags like #JiKook, TaeKook and #NamKook too! The baby of the band is adored by one and all. As we know, he was with them since he was in his mid-teens. He has been raised by the boys! Also Read – BTS: A cute and funny cat version of Butter is taking the internet by storm – see reactions

Treasury says tax gap to balloon to $7 trillion over next decade, calls for beefed-up IRS

1 Killed, at Least 8 Others Wounded in Georgia Shooting, Police Say

Abdominal Aortic Aneurysm: Emergency or Not?

New Cell Atlas of COVID-19 Pathology Reveals How the…