Throwback to the time when Jin, RM and SUGA got into an argument at a fan sign event courtesy their siblings 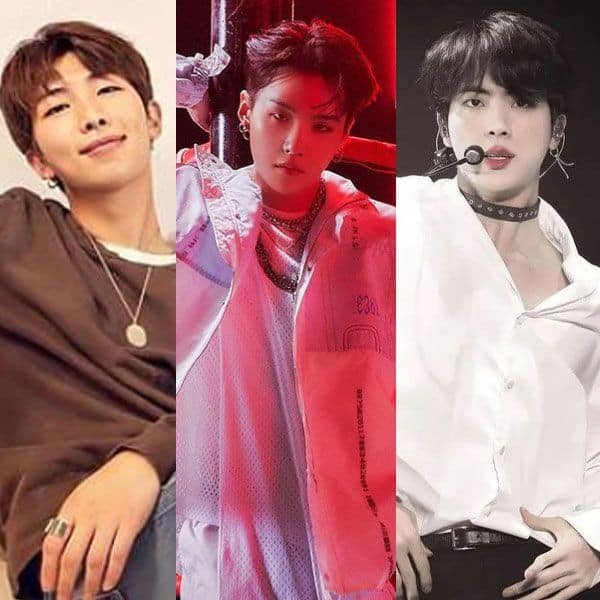 BTS boys are loved by millions all over the globe. While they guard their privacy zealously there was a time when they did speak about their family members. As we know, all of them have siblings. At a fan event years ago, the boys got talking about their dancing skills. RM who has a younger sister told fans that his sister was happy to see her brother make progress in the dance department but stated that she felt that Jin oppa needed to put in a bit more. The eldest hyung of BTS who was seated besides him did not take this lightly. He also has an elder brother who runs an restaurant business. Jin said his brother Kim Seok-Jung felt that it was RM who needed to work harder and Jin was doing alright. Also Read – BTS’ Jin to debut in Squid Game 2? Shaun of the Dead star Simon Pegg and daughter Tilly’s wish will make ARMYs excited

If this does not make you crack up then there’s more. Min Yoongi aka SUGA jumped into the conversation and said that his brother felt that he was the best amongst the three hyungs of BTS. He too has an elder brother. RM sharply said that his brother needed to get his eyesight checked while Jin compared him to a bubble. It is a known fact that SUGA joined BTS as he was told that it was going to be a hip-hop group. He was told that he only needed to groove a bit. Learning choreography for SUGA was as painstaking as it for RM and Jin. Also Read – Hey BTS Army, did you notice this hidden message in the Bangtan Boys’ Idol choreography?

RM and Jin were trolled quite a bit for being bad dancers. In fact, Jin took extra time to learn choreography to keep pace with the likes of J-Hope, Jungkook, Jimin and Taehyung. While Jimin and J-Hope are trained dancers, Jungkook too wanted to join an idol company as a dancer. RM has said that writing lyrics is what comes most naturally to him, while Jin had to learn everything to be an idol from scratch. Also Read – BTS’ V aka Kim Taehyung has become a ‘hopeless romantic’? His new MBTI personality type makes revelations that’ll shock ARMY

The Science Behind Treating Epileptic Seizures With CBD

The Best Women’s Jeans From Walmart in 2021

The week in audio: The Exploding Library; Famous Firsts; Ry-Union; Bed of Lies |…