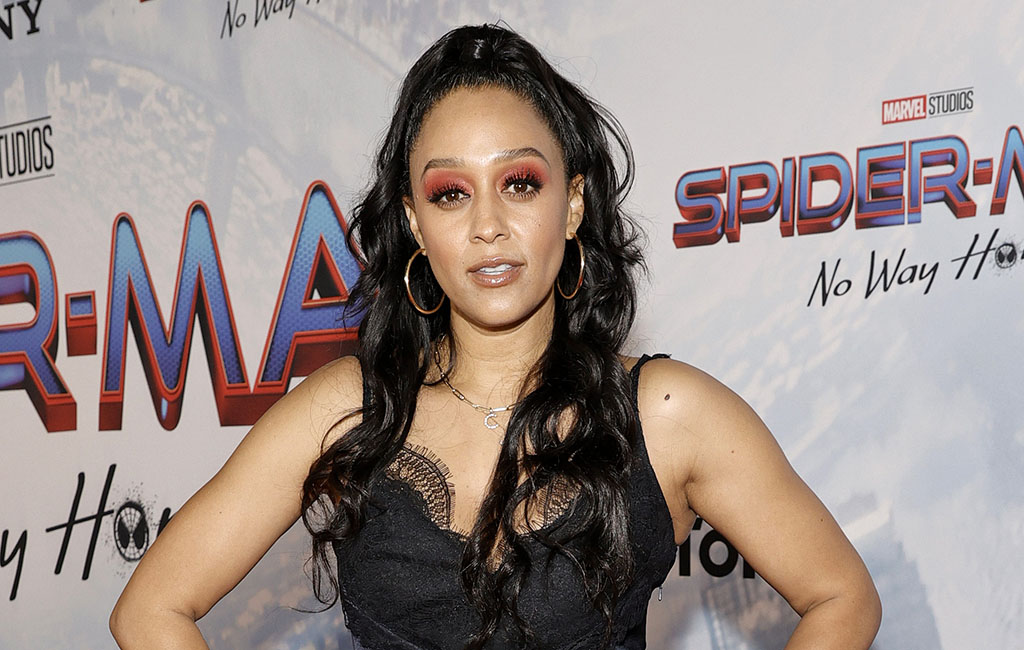 Tia Mowry took to Instagram yesterday, sharing what she would wear to a “casual dinner” while dancing to the beat of the background music. The video saw the former Disney Channel star clad in a purple sparkling set that consisted of a long sleeve cropped top trimmed with voluminous faux feathers.

The skirt was much of the same, made of a sparkling silver reflect and purple fabric with a feathery trim, differing only thanks to a daring side slit that traveled up the star’s leg. The “Sister, Sister” actress wore half her dark brown hair in distinctive bantu knots, while the other half was kept down in ringlet curls. Mowry wore silver hoops and matched her makeup to her ensemble, accentuating her features with bright sparkling blues.

Letting the shimmering set shine through, Mowry went with a transparent set of pointed heels. While the style wasn’t fully visible, the pair appeared to include nude backing and thick secure straps with triangular toes. The invisible footwear also featured thin heels that appeared to be 3-4 inches in height, based on the style’s classic silhouette. The style offered Mowry a small boost in height, quite literally elevating her ensemble.

The 44-year-old has taken a liking to bright hues as of late, pairing eye-catching shades with subtle heels to make them pop in a “twinning” look alongside her daughter Cairo.

When Mowry isn’t opting for sparkling hues or clear PVC, the author’s shoe styles range from sleek to whimsical. The actress often wears strappy neutral or metallic sandals for everyday occasions or nights out — plus sharp pointed-toe pumps from top brands Jessica Rich, Stuart Weitzman and Christian Louboutin — plus affordable brands Steve Madden and Topshop. Aside from heels, she’s also been spotted in Aperlai boots and Nike sneakers while off-duty over the years.

PHOTOS: See how other stars twinned with their kids.