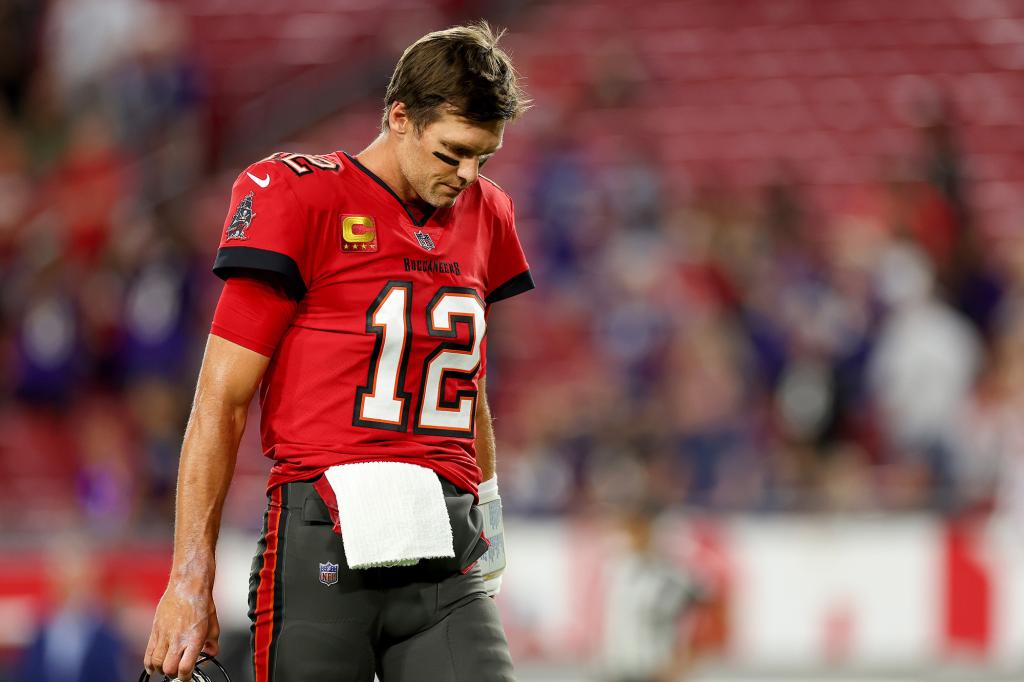 It’s not often a 45-year old quarterback can say something is a new experience for him in the NFL, but Tom Brady is currently experiencing a fresh yet humbling perspective.

The Tampa Bay Buccaneers moved to 3-5 on the season with their 27-22 loss to the Baltimore Ravens on Sunday. The defeat moved Brady to two games below .500 for the first time in his 23-year career and it’s the first time in he has lost three straight games as a Buccaneer.

He acknowledged being in uncharted waters during his ‘Let’s Go!’ podcast.

“You know what, I’m glad it’s unfamiliar,” Brady said. “I want this to be as unfamiliar as possible. Losing sucks and we’ve put a lot into winning just like every team does. And no one’s feeling sorry for the Bucs. We know that, and we’ve got to go change it. So I think the attitude is, there’s no surrender.”

The Buccaneers’ offense has not been potent as it ranks second to last in terms of rushing yards. Brady has slung nine touchdowns and just one interception. But the club has not been able to find a sustainable formula for winning with Brady recently finalizing a divorce with wife Gisele Bündchen as a backdrop.

Regardless, Brady remains optimistic. He mentioned during the podcast that Tampa Bay was only one game back of the Atlanta Falcons for the NFC South’s top slot, and chalked the past eight weeks up as a learning experience.

“Who cares what happened in the past eight weeks?” Brady said. “Our record is what it is. We’re not changing it. We can’t change any game that we’ve had. All we can do is learn from the last eight weeks and try to apply it in a winning way this week. And it’s a big challenge for us. So we’re going to see what we were made of. And I think time will tell all.”

Brady and the Buccaneers will hope to find their rhythm when they face the Rams at home on Sunday in a rematch of last year’s Divisional round playoff game won by Los Angeles.