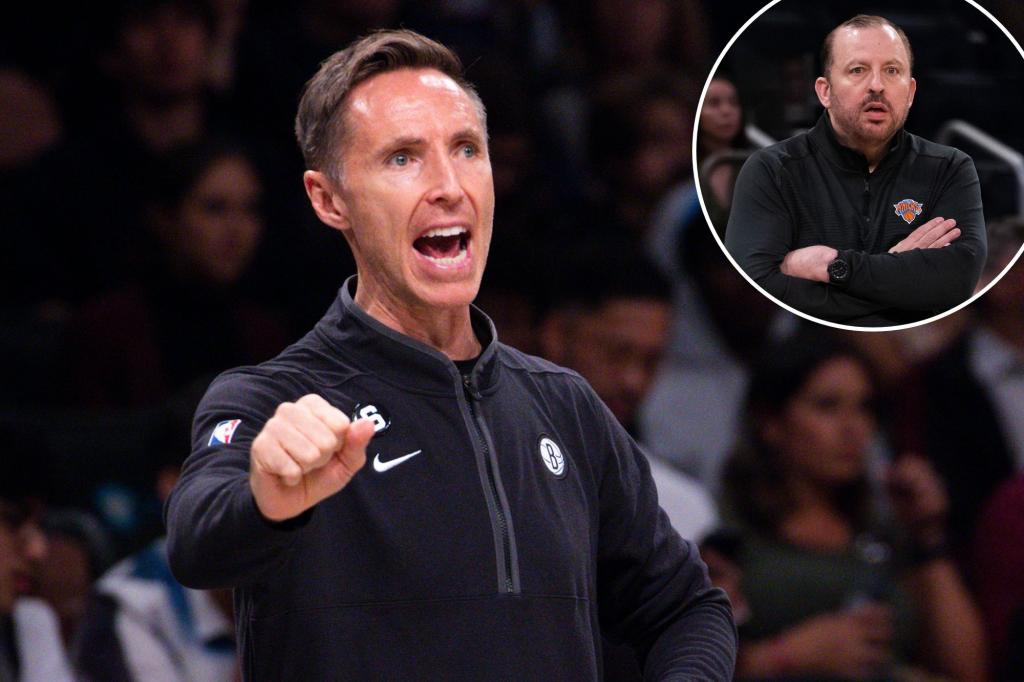 Nash’s godson, RJ Barrett, referred to the Hall of Famer as “Uncle Steve” and “family,” but otherwise didn’t comment because he “didn’t really have much time to process it.”

Knicks coach Tom Thibodeau said he always has respected Nash as an opponent, whether as a player or a coach.

“Yeah, I just heard about it. I’m sorry to hear that,” Thibodeau said after practice in Tarrytown. “Steve, number one, he’s a great guy. I think he’s a heck of a coach. But it’s the unfortunate part of this business. I know he’ll do well. I just have a lot of respect for him.

“You don’t know unless you’re there with everybody, but I know I’ve been to practices where Steve has coached. Very impressed with his teaching. Great respect for him as a player, having coached against him, being around him, just the way he carries himself. And as I said, unfortunately, it’s part of the business, and I’m hopeful that he’ll move forward and be fine, but you feel for him.”

Second-year guard Quentin Grimes (foot) hasn’t appeared in any of the Knicks’ first six games, but he has been listed as questionable for their game against the Hawks on Wednesday at MSG after he participated fully in practice Tuesday.

“He went through practice. Did everything. So, we’ll see how he is [Wednesday],” Thibodeau said. “He’s a terrific wing defender. He can guard all three positions and guard it very effectively. Very good pick-and-roll defender. Very good catch-and-shoot. Very good one-on-one. He challenges shots. Multiple-effort guy. Plays hard all the time. He understands schemes, understands game plans.

“So, I think that type of player adds a lot to your team. Very competitive.”

Cam Reddish, who has replaced Grimes in the second-unit rotation, also has been listed as questionable with what the Knicks are calling a non-COVID illness.

The 23-year-old Reddish has averaged 8.2 points in 18.8 minutes per game off the bench.