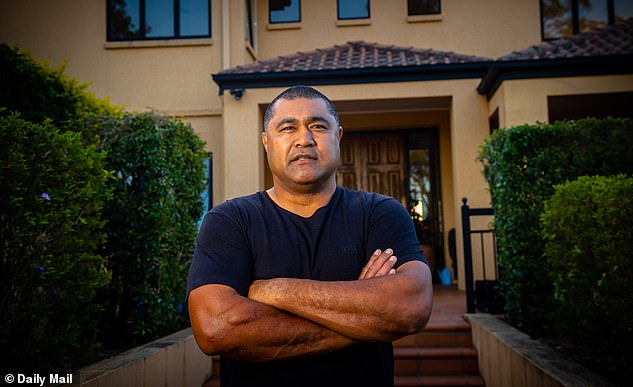 It wasn’t until the young intruders had been disarmed, over-powered and chased away that Toutai Kefu sat on the floor of his Brisbane house and realised that he had been stabbed.

Blood was everywhere. His wife, Rachel, had been hit so hard with a machete that it almost severed her arm. His 21-year-old son Josh was leaning against a wall to keep a ‘flap’ of flesh pressed against the rest of his back. He had nearly suffered a punctured lung.

Kefu, the head coach of Tonga and former World Cup-winning Australia No 8, had a deep abdomen wound and needed seven hours of surgery. He’d suffered a sliced liver, broken ribs and heavy bleeding. Initially, his injuries were considered life-threatening.

Mercifully, the victims of this aggravated burglary in August are recovering well, physically and mentally, after their traumatic ordeal. The offenders are all in jail, awaiting a court date next month. They are facing the prospect of lengthy prison sentences. They intended to steal cars, but they picked on the wrong family.

Speaking to Sportsmail from the home he had to defend, Kefu recounted the episode, saying: ‘My wife heard noises downstairs and went down to investigate. She thought it was just a possum running around the kitchen so she was shocked when she bumped into two intruders.

‘She screamed, so I knew something was wrong. I was shocked at the age of the kids — how young and small they were.

‘They were looking for car keys. It’s been common in the area; car thefts. I think the kids were quite agitated when they saw me, because of the size of me. Then when my son came down, who is 21 and the same size as me; that really escalated things. One of the kids was happy to leave, but the other one just went crazy. 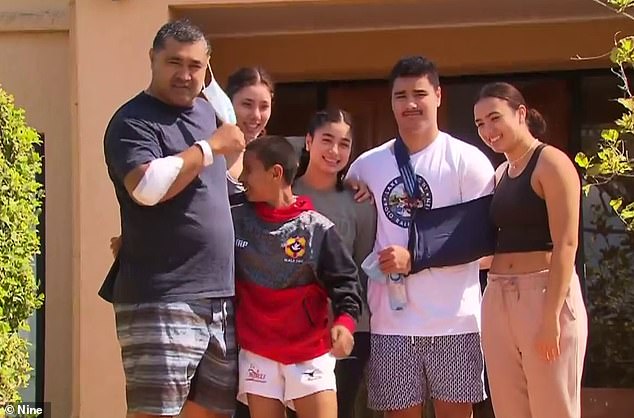 ‘We actually backtracked and said, “Look, there’s the front door, here are the keys — go”. I said that because one of them had a machete and the other had a knife. If they were a bit older and more mature, they may have left. But they were young and could have been on drugs. They panicked.

‘The bigger one did all the damage with his machete. He lunged at my wife and got her arm. I had a knife by then, but I put that down, grabbed a stool and charged them. That’s when my son came down and it ended up that he had one and I had another. There was blood everywhere. The scene was unbelievable, it was horrific.

‘The one that I had ran away and slipped at the front door. I chased him, then my neighbour came up the front steps, we got the knife off him and pinned him down. My neighbour held him down then I went to help my son, but that guy had got away. My son had got the machete off him. There was fear in the kid’s eyes when my son stood up with the weapon and he bolted out the window.’

It had all happened so suddenly that Kefu and his family just reacted instinctively. When he saw his wife take that savage blow from the machete — which will take several months to fully recover from — the 47-year-old’s adrenalin took over. 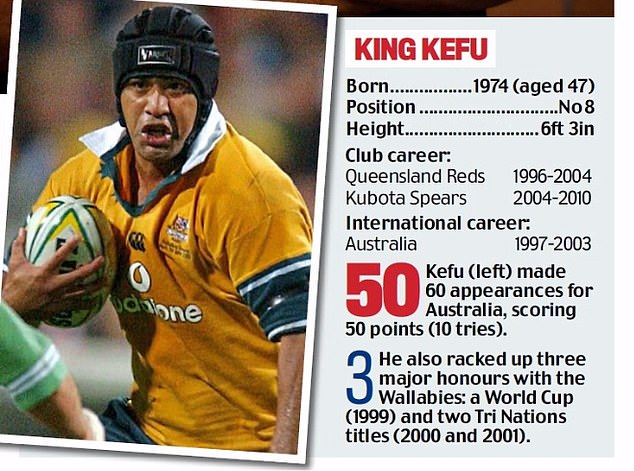 ‘We went into attack mode,’ he said. ‘We’re proud people — we’ll stand up for ourselves. I didn’t even realise I was stabbed until the whole ordeal was over. I was bleeding profusely. When we were waiting for the police and the ambulance to arrive, I was sat on the ground applying pressure to my wound with a towel, but it just wouldn’t stop bleeding.

‘The worst wound was my wife’s, where they had cut down to the bone and severed all the tendons and nerves. I got a sliced liver and my son almost had his lung punctured by the machete, but he was OK.’

After being discharged from hospital, the family have been recuperating at home — buoyed by a global outpouring of support in response to their ordeal. ‘We felt loved,’ said Kefu. ‘It has really helped us to heal.’

But that process continues. There are mental scars as well as those caused by the blades. ‘We’re further down that road than I thought we would be,’ said Kefu, about how they are coming to terms with what happened and moving on from it.

‘My wife sees a psychologist every week and I’ve had a couple of conversations with a professional — explaining what we are going through. He assured me it is normal and it will get better. It was traumatic, but we’re handling it.’ 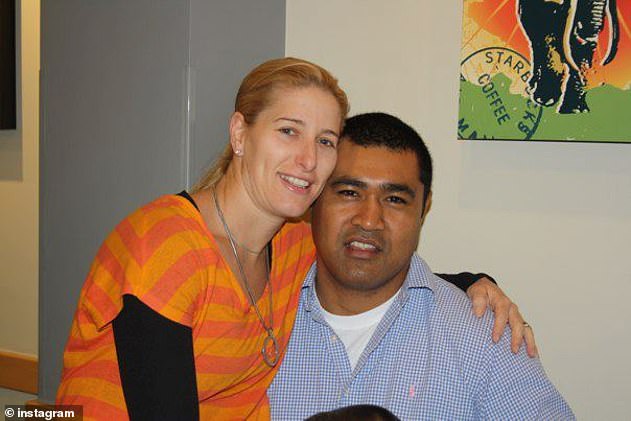 Kefu has just overseen the selection of a Tonga squad to tour Europe. If not for the attack, he would be masterminding the campaign, featuring an opening Test against Scotland before heading south to face England at Twickenham. But it feels too soon to be away from his family, so assistant Grant Doorey will be in charge, aided by the former Fiji head coach John McKee. Kefu will help from afar.

As ever, Tonga must overcome financial and logistical difficulties. The pandemic has exacerbated their struggles; Kefu says the squad will be missing 15 players, including six or seven starters.

But the Tongans have received help to fulfil their fixtures. Even the opposition are contributing, with the RFU providing staff.

Representing Tonga is never a lucrative business. The players do it for honour and for pride. Some based in France will even lose income as a result of their national service. But players still want to come aboard. Wasps’ former All Blacks centre Malakai Fekitoa recently completed his switch, but will be off duty due to injury. 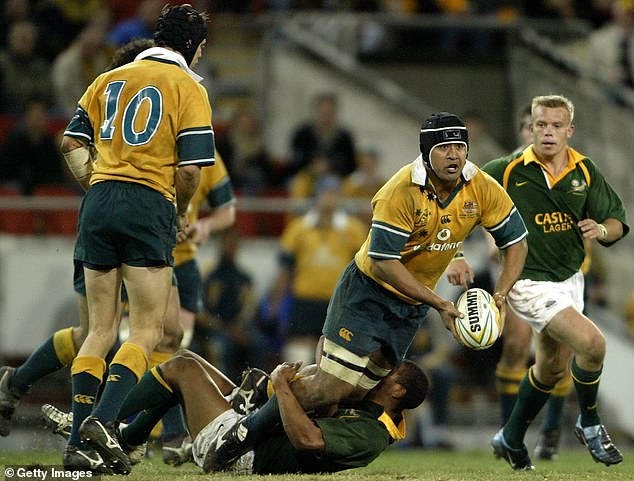 Kefu hopes others who have previously been ‘captured’ by New Zealand may soon be cleared to join the Ikale Tahi. ‘My understanding is that World Rugby’s executive committee are going to have another look at the eligibility rule in November,’ he said. ‘What they’re looking at is whether the three-year stand-down is enough and whether they should get rid of the Sevens qualification process.

‘If they do make a decision which is favourable for us, Charles Piutau, George Moala and Pita Ahki become eligible straight away. That would be a game-changer, it could be the difference between making a quarter-final of a World Cup or not. We have got our fingers crossed.’

It must be hoped that common sense prevails in the corridors of power and that nations such as Tonga can be strengthened by those with heritage connections who were previously deemed ineligible. Often the players concerned have played just a handful of games for another country many years ago. In the meantime, the ‘David and Goliath scenario’ will go on, in Edinburgh and London and beyond.

They have a fight on their hands, but not a life-or-death one. Their coach and his family have already endured that and survived it.