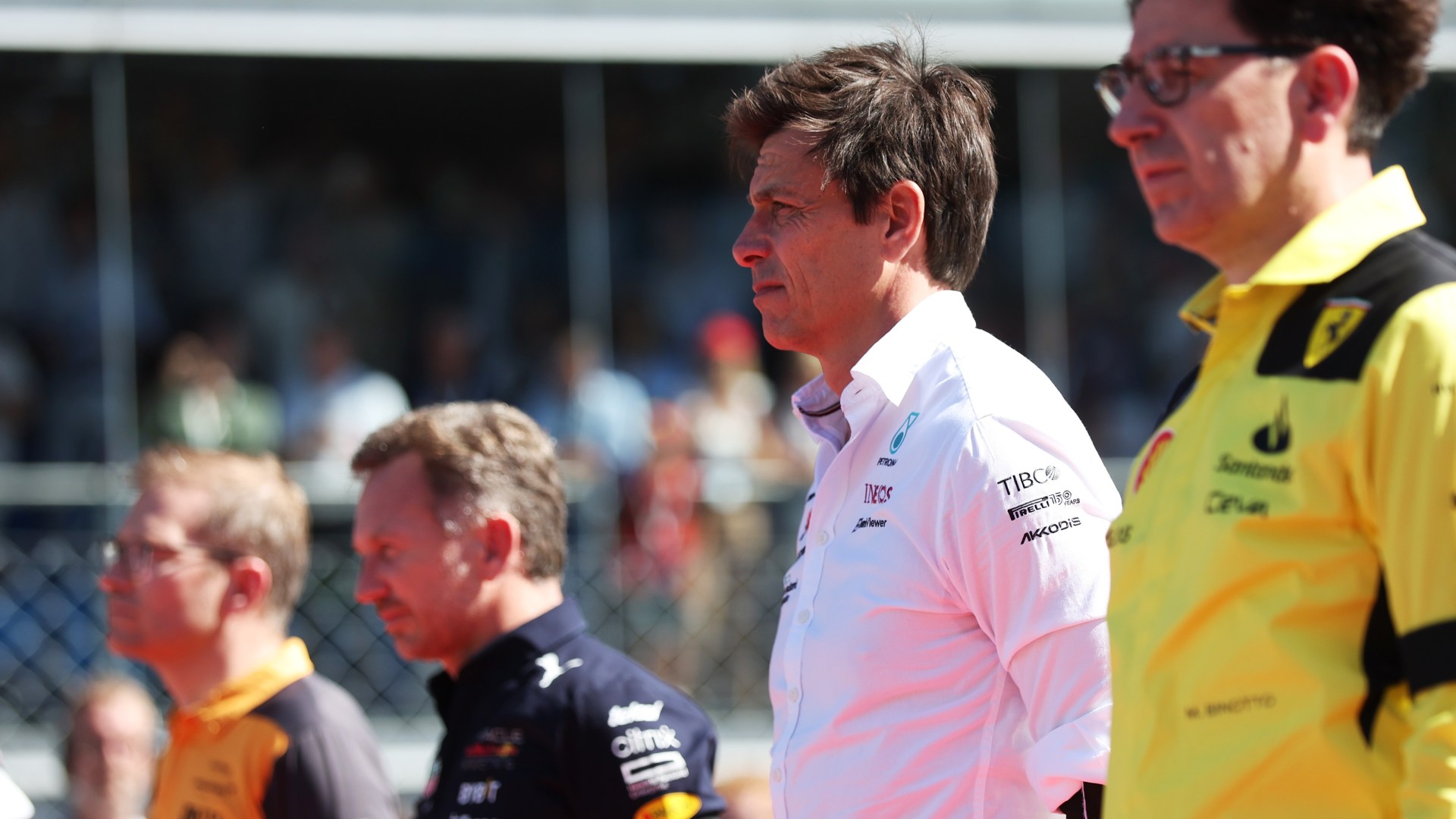 Mercedes boss Toto Wolff has said Red Bull’s alleged cost cap breach is a ‘heavyweight’ issue and that he ‘wouldn’t want to be in their position’.

Max Verstappen’s championship leaders are one of the constructors rumoured to have breached the cap, with an official announcement expected from the FIA on October 5.

Reports claim Aston Martin are the other team under investigation, but for lesser offences according to Wolff.

Formula 1 introduced a budget cap last season in an effort to keep down spiralling costs and level the playing field, setting the maximum spend for a season at $145million [£114m].

FIA rules state a ‘minor’ overspend of less than five per cent can result in a points deduction or suspensions, while ‘major’ breaches over that figure could lead to ‘exclusion from the championship’.

With the issue bubbling over at the Singapore Grand Prix, Red Bull team principal Christian Horner said he is ‘not aware’ of any breach – news that surprised Wolff.

“It’s funny that Christian says that, because it’s been weeks and months they’re being investigated, so maybe he doesn’t speak to his CFO [chief financial officer],” the Austrian told Sky F1.

“As a matter of fact, all of us have been investigated diligently. As far as we understand, there’s a team in minor breach which is more procedural, and another team that is fundamentally, massively over and that is still being looked at. So that’s an open secret in the paddock.

“I think there’s governance in place that is very solid, that the FIA has set up. [Teams] will be issued a certificate of compliance and, if you’re not compliant, it goes to the so-called Cost Cap Adjudication panel with independent judges, and they can then choose from these penalties, the appropriate ones.

“But the crucial part is that, if you’ve been over in ’21, then you’ve been over in ’22. That means you have an advantage into ’23. If it’s true that they formulated a lightweight chassis this year, they may use it next year. So it’s really a cascade of events that can be influential on all of the three championships.”

Asked if the potential breach is a serious matter or just paddock politics, Wolff made his beliefs clear.

“We are not running what we would want to run, we are not developing what we could be developing. We have made more than 40 people redundant, that are dearly missed in our organisation.

“It was a huge mammoth project to make the car, I don’t know how many 10s of millions we had to restructure, reprocess, in order to be below the cap and, if someone has been not doing that or pushing the boundaries, every million is a massive disadvantage.

“The judges have all that scope to analyse, but I wouldn’t want to be in their position because of the impact it has over three years.”

“At this stage, it is still an assessment of what is happening.

“I think it would be important to have a certain degree of transparency where the alleged breaches have happened, or the alleged misinterpretations [have been] in order for us to assess, because you need to imagine – even if it’s the so-called minor breach that can be below five per cent, you can spend $7 million more than everybody else.

“That means, if this is a light penalty, we will be all pushing those five per cent more going forward.”

Despite the topic being highly debated in the paddock and Wolff confirming Red Bull are one of the teams accused of breaching the cap, rival boss Horner wasn’t worried.

“We’re certainly not aware,” he said about any potential trouble. “The accounts were all submitted way back in March so it’s been a long process with the FIA.

“Next week is when they declare the certificates, certainly our submission was below the cap. It’s down to the FIA to follow their process, which they’re currently doing.

“This cost cap business for last year, and of course, that impacts on who had extra money to spend on this year, but it’s a brand new set of regulations and a set of very complicated regulations so how rules are interpreted and applied, inevitably is going to be subjective between the teams.

“I’m sure as the years go by things will get tidied up but we’re confident in our submission. There’s always going to be rumours. I’ve heard of major breaches and whatever. I’m certainly not aware of that.

“Remember, this is the first time this has ever happened, when we do our due diligence, we get audited anyway. It’s a similar process.

“It’s slightly bespoke to Formula 1 and clarifications have been coming even after the submissions were made so you can see how immature the process is, but the FIA obviously have been working hard on it and doing the best they can.

“Every team theoretically is subjected to it so they will have looked at every team’s submitted accounts and they’re following a process.

“We’re very confident in our submission. Anything different to that, then we’ll wait to hear from the FIA.”