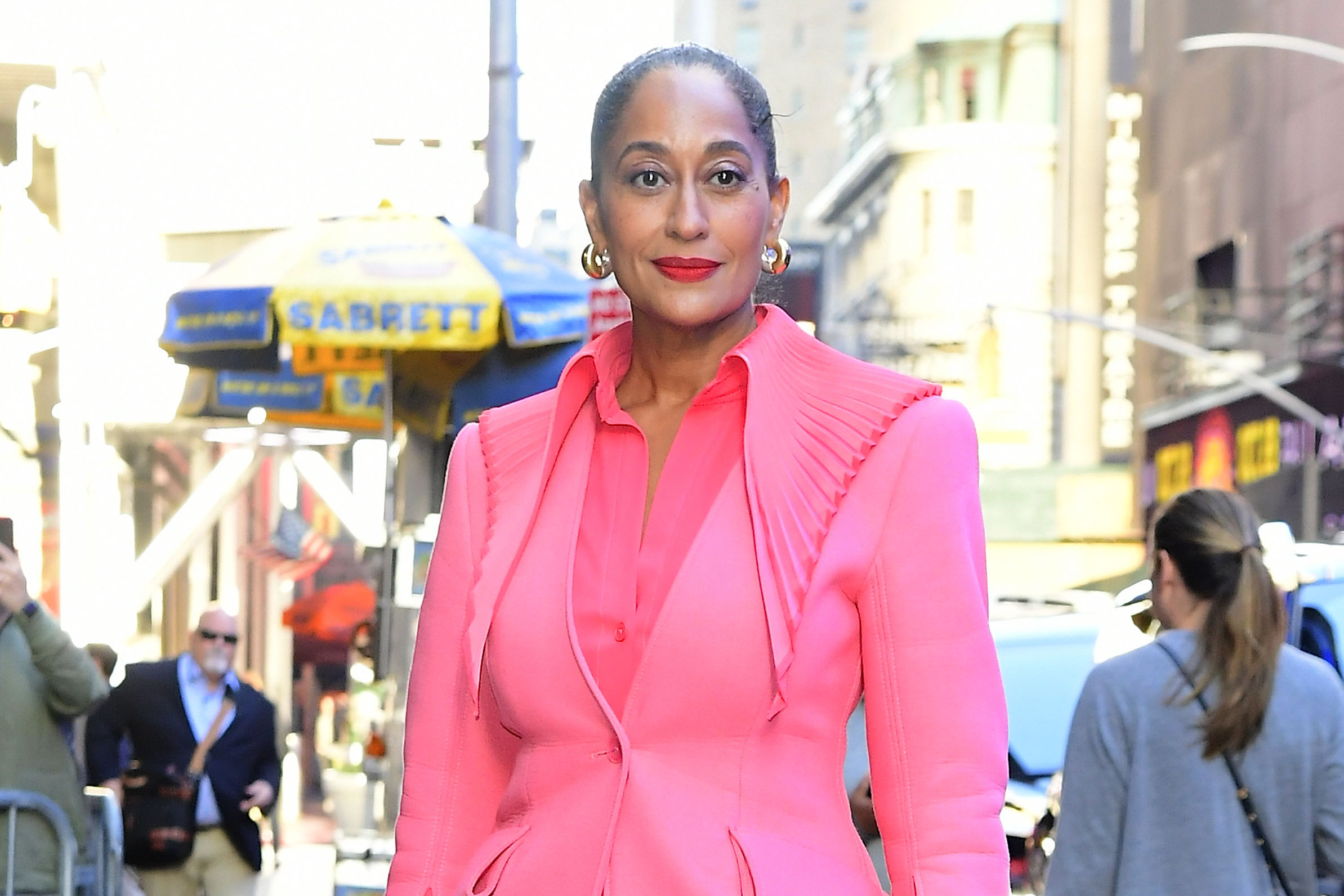 Tracee Ellis Ross is making her own fashion show while visiting New York City to promote her new docuseries “The Hair Tales,” which premieres on Hulu and OWN on Oct. 22. After stealing the shots in a floral Carolina Herrera outfit on the “Today” show, the actress took on the Barbiecore trend for her appearance on “Good Morning America.”

The outfit featured a pink jacket atop a dramatic pleated shirt. The pleated fabric poured out of the jacket creating a skirt illusion on the bottom. Ross also wore matching pleated pants completing the look.

The pleated fabric covered the majority of her heels, and the peak of the shoe showcased a touch of black. Ross likely wore black platform boots or sky-high pumps to elevate her look.

Maud Laceppe did Ross’ makeup, going for a bright pink lip that was harmonic with the other choices of pink used. Chuck Amos took care of her hair, creating a slicked-back bun that framed the cheekbones.

Karla Welch was the stylist behind her look. Welch has worked with Priyanka Chopra, Lizzo, and Rosalia in the past.

Ross is no stranger to bright colors and loud choices as these bold styles give remnants to her flavorful personality.