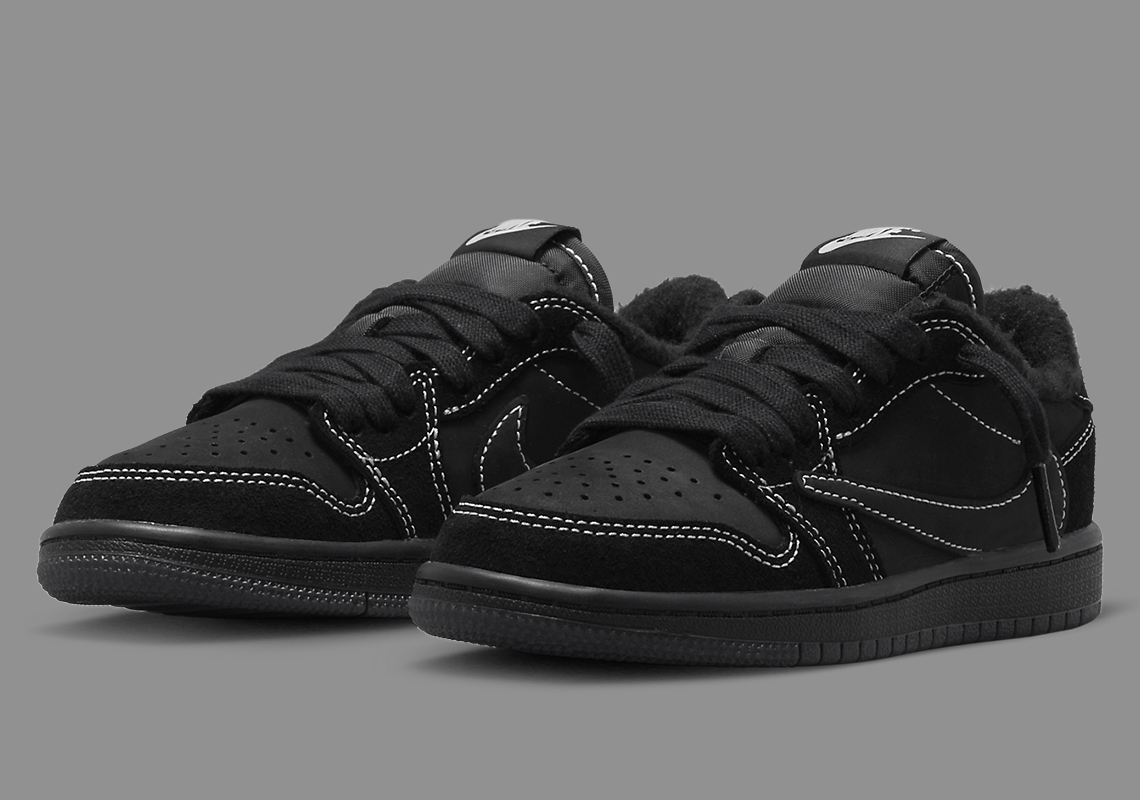 Over the course of their long-standing partnership, Travis Scott and Nike have redesigned many an iconic silhouette, from the Air Jordan 4 to the Air Force 1. None, however, have received as many colorways as the Air Jordan 1 Low, whose total is about to increase by yet another thanks to the upcoming “Black/Phantom.”

Following leaks this past July, official images of said Travis Scott x Air Jordan 1 Low have finally surfaced, albeit only in the Preschool size. By the looks of it, the design appears faithful to its adult counterpart, sporting few changes across both the construction and branding. The backwards Swoosh, as expected, is affixed only to the lateral side, outlined with white stitching much like the adjacent paneling. Behind, the Wings and Bee-shaped embroidery — the latter of which ostensibly pays homage to Stormi, Travis Scott’s daughter — are highlighted in the same neutral, further contrasting the blacked out look the rest of the shoe employs.

For a closer look at the PS Travis Scott x Air Jordan 1 Low “Black/Phantom,” see below. These are reportedly set to release on December 15th alongside the Men’s and Toddler sizes. 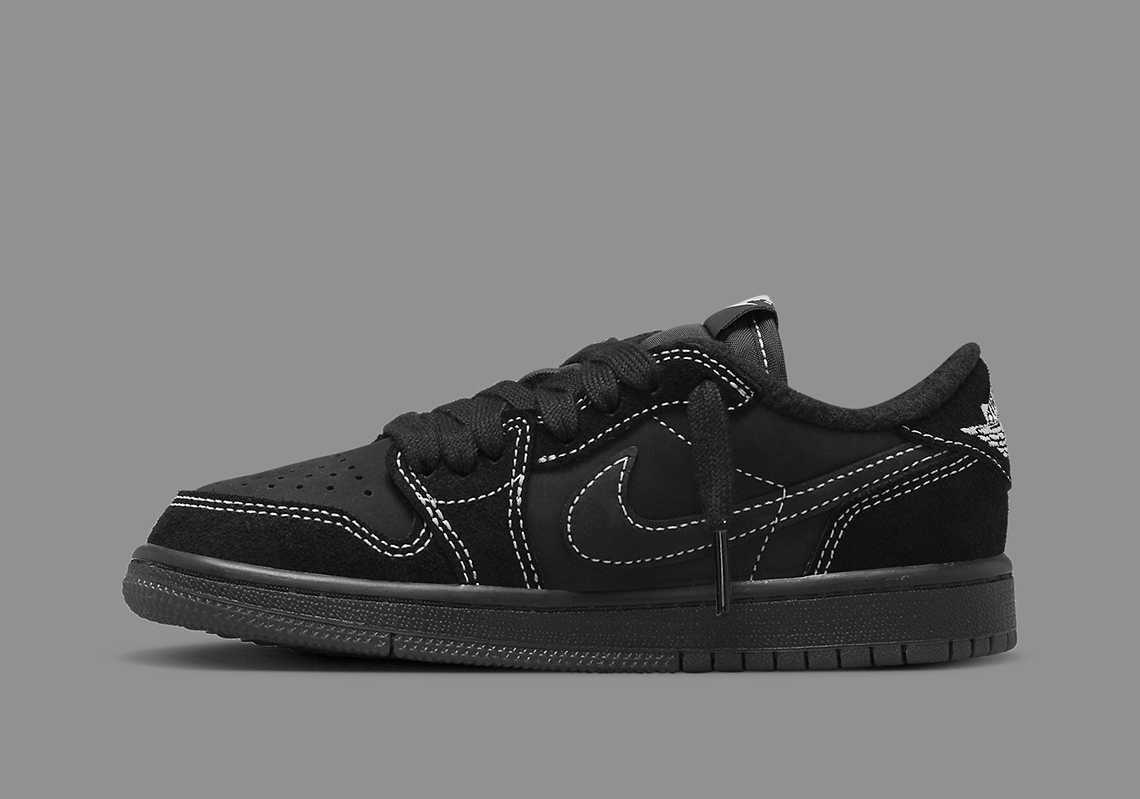 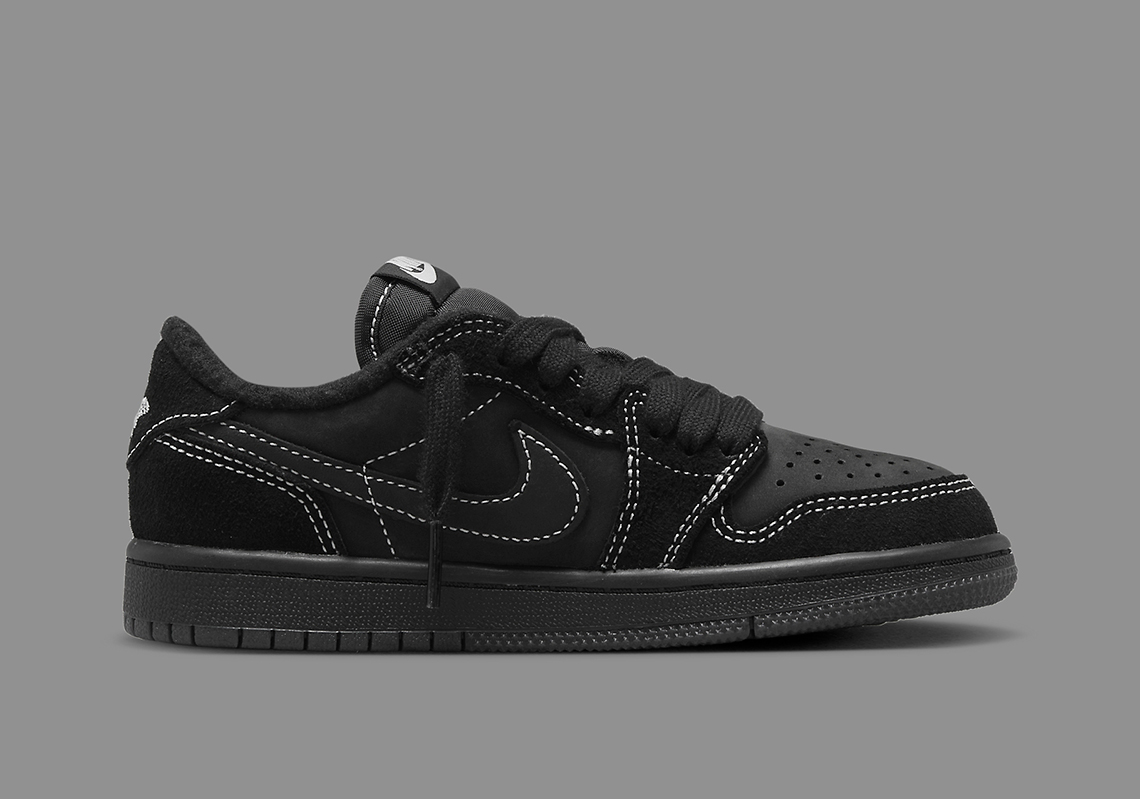 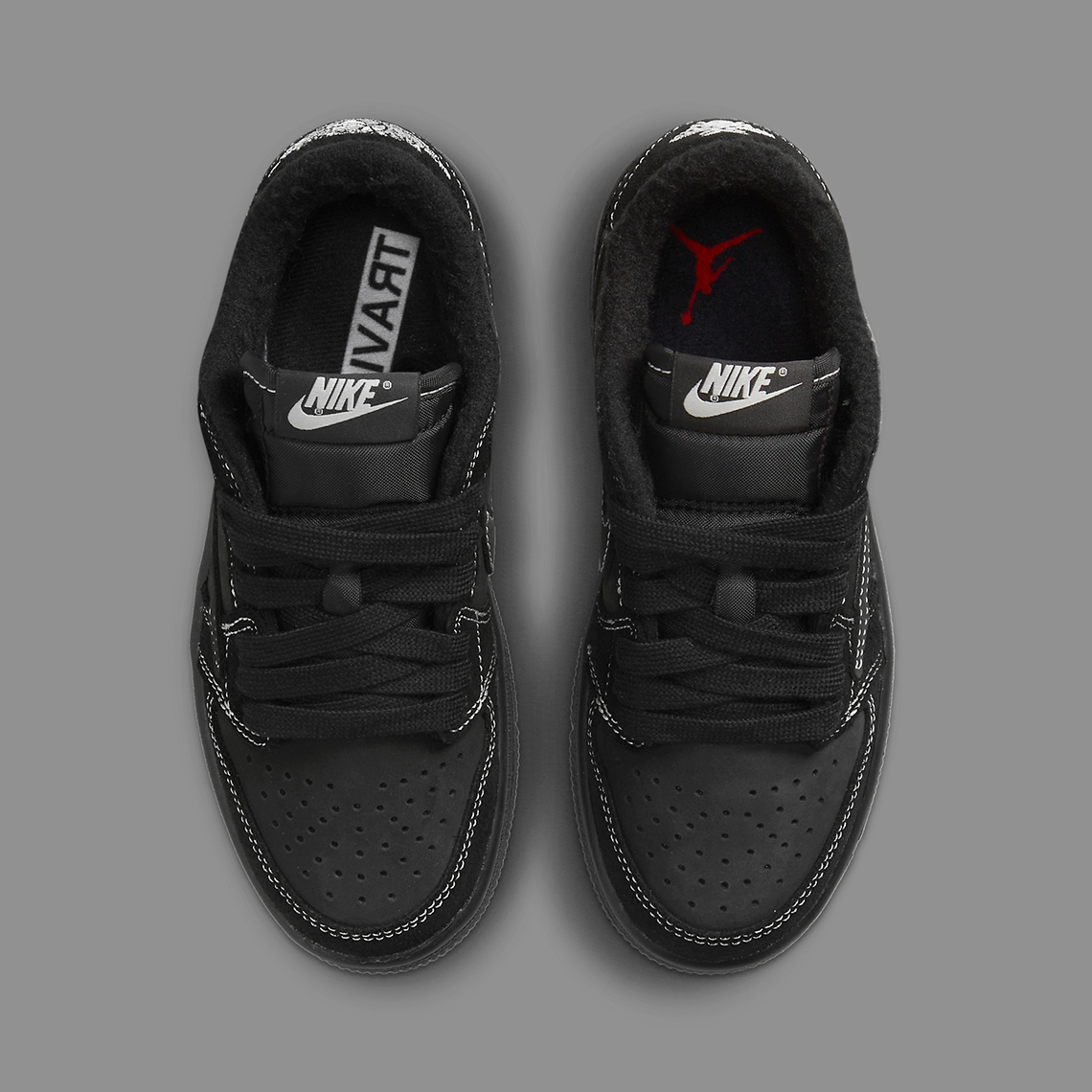 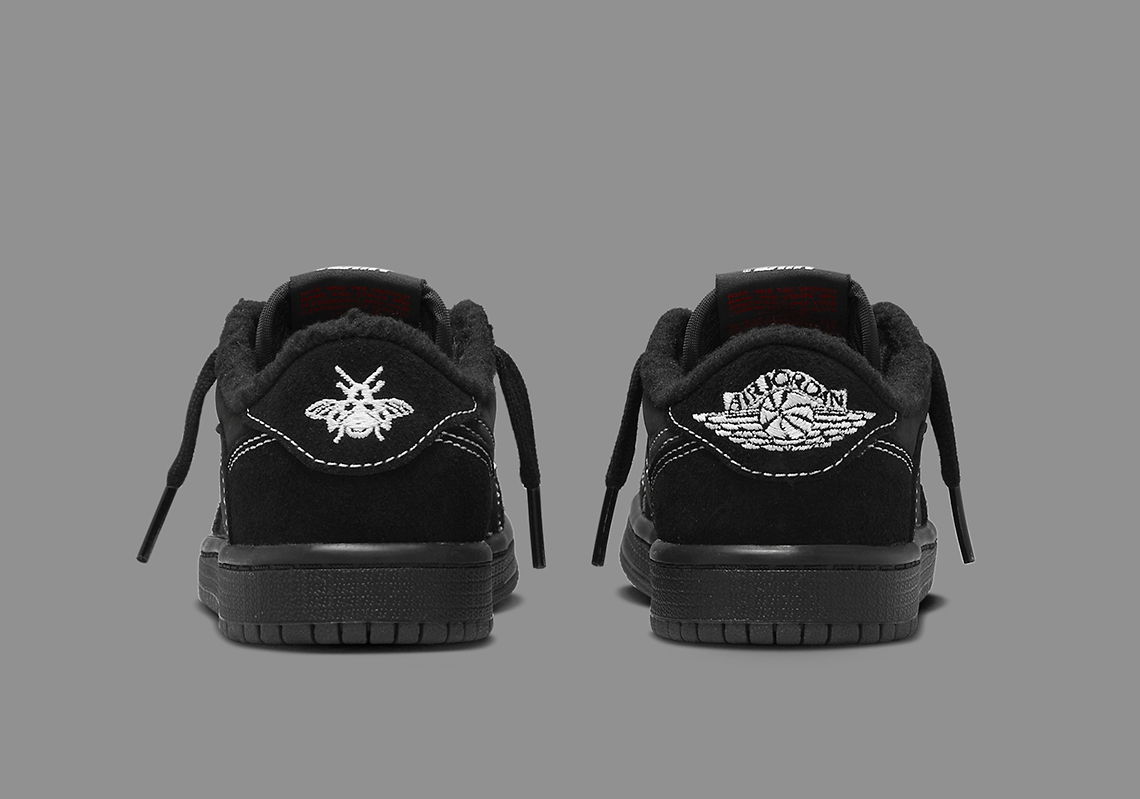 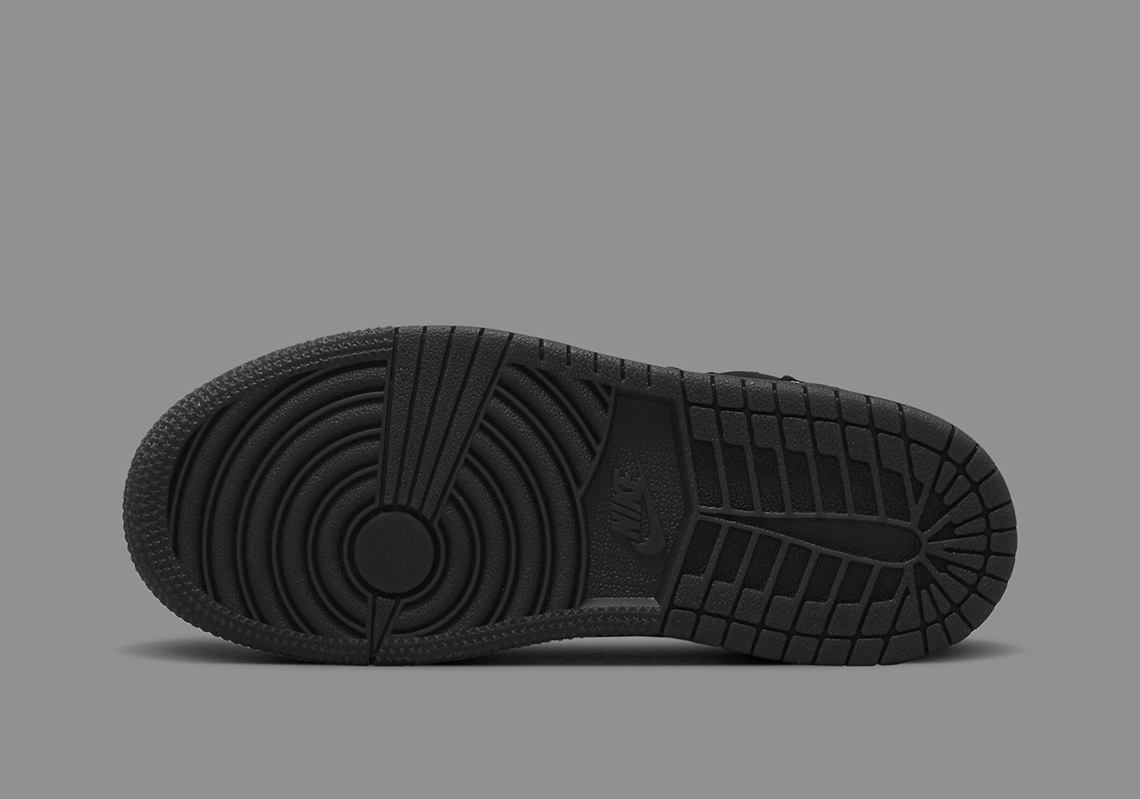 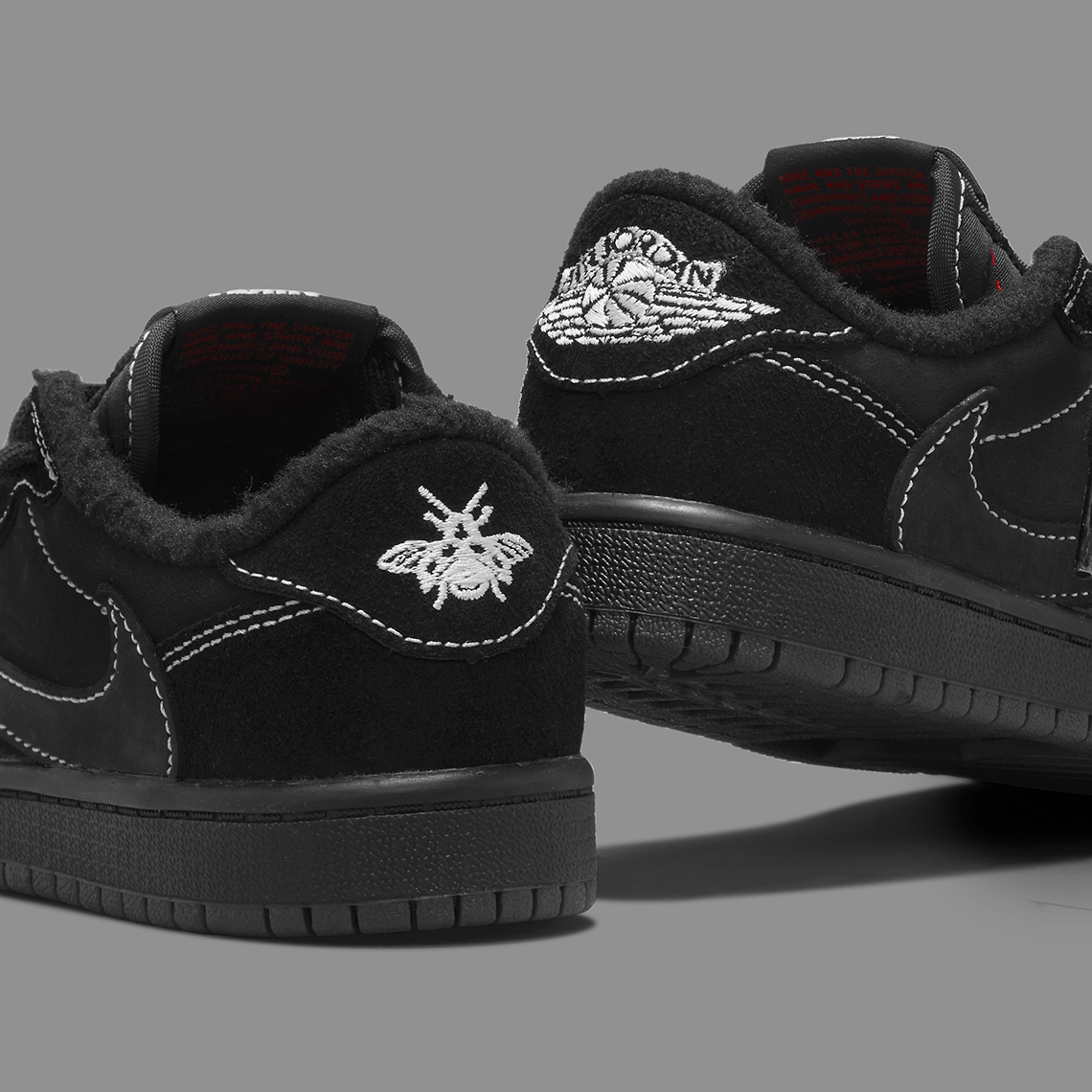 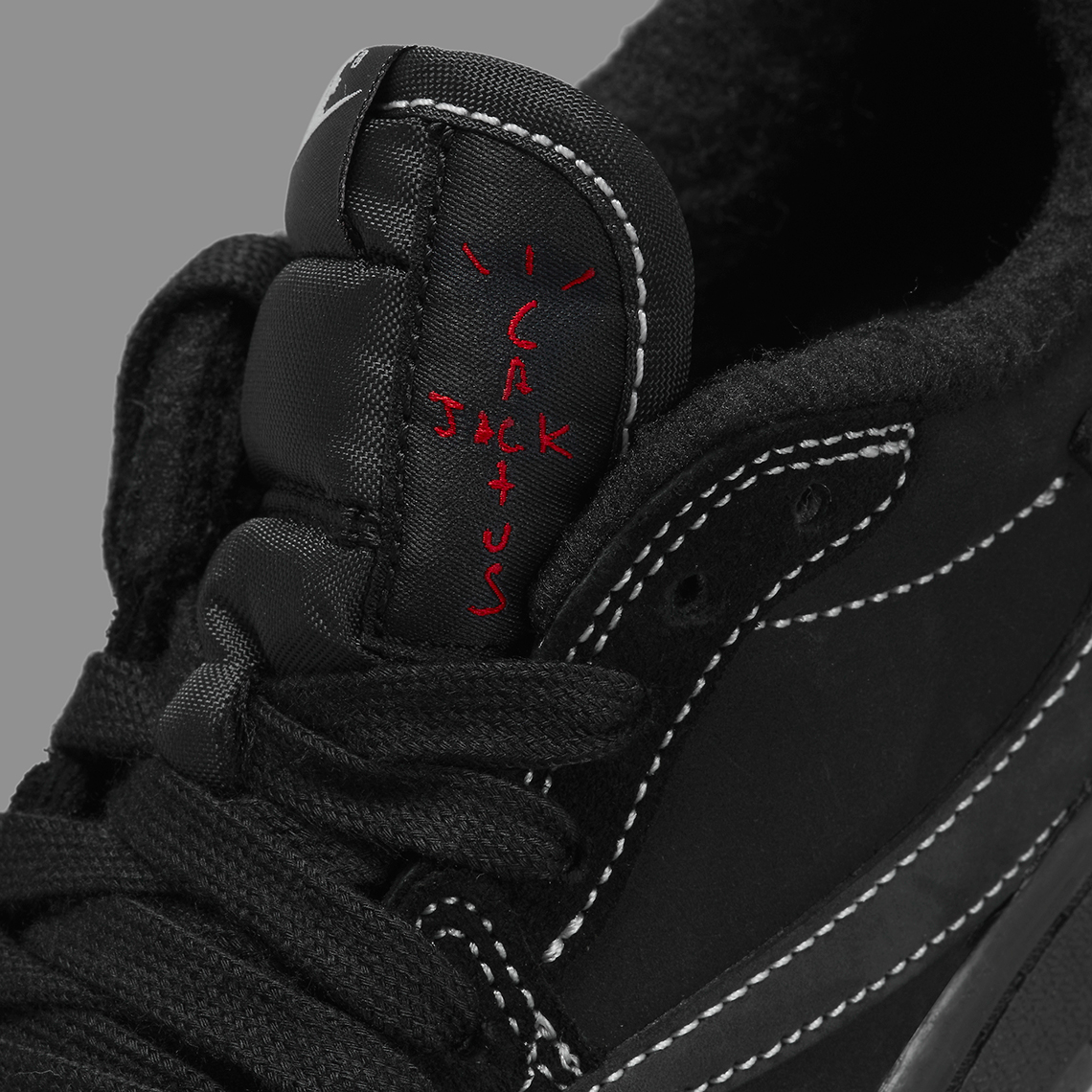 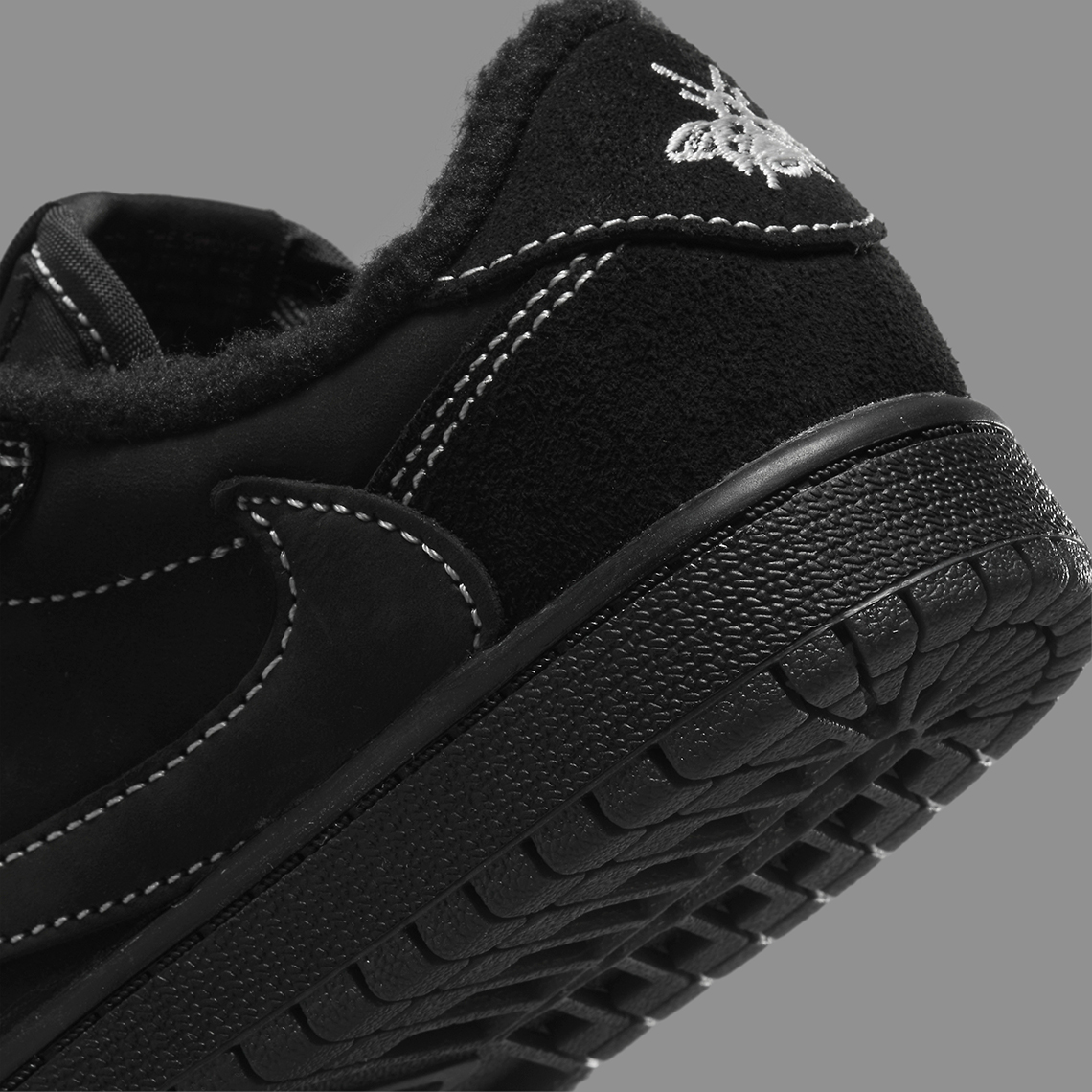 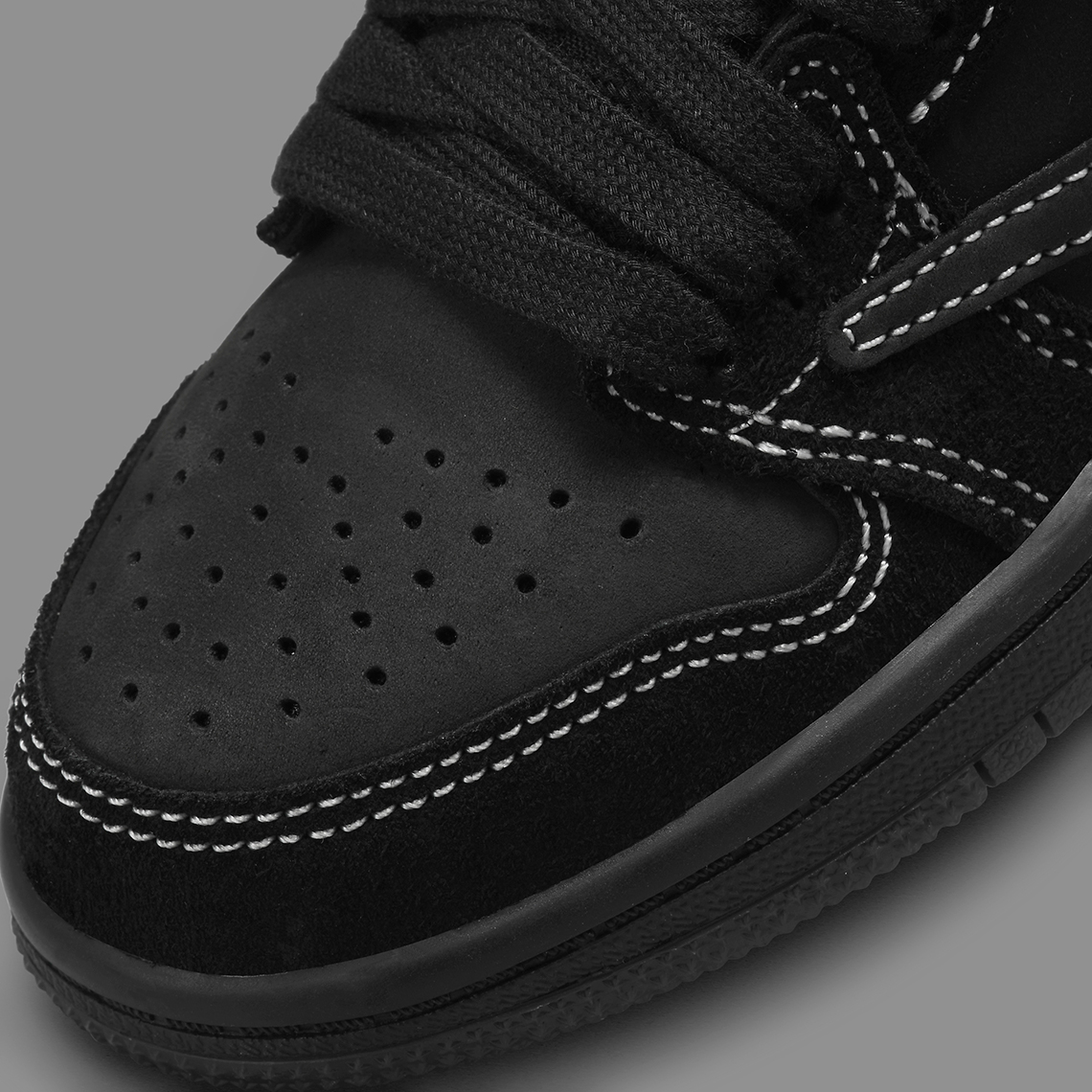 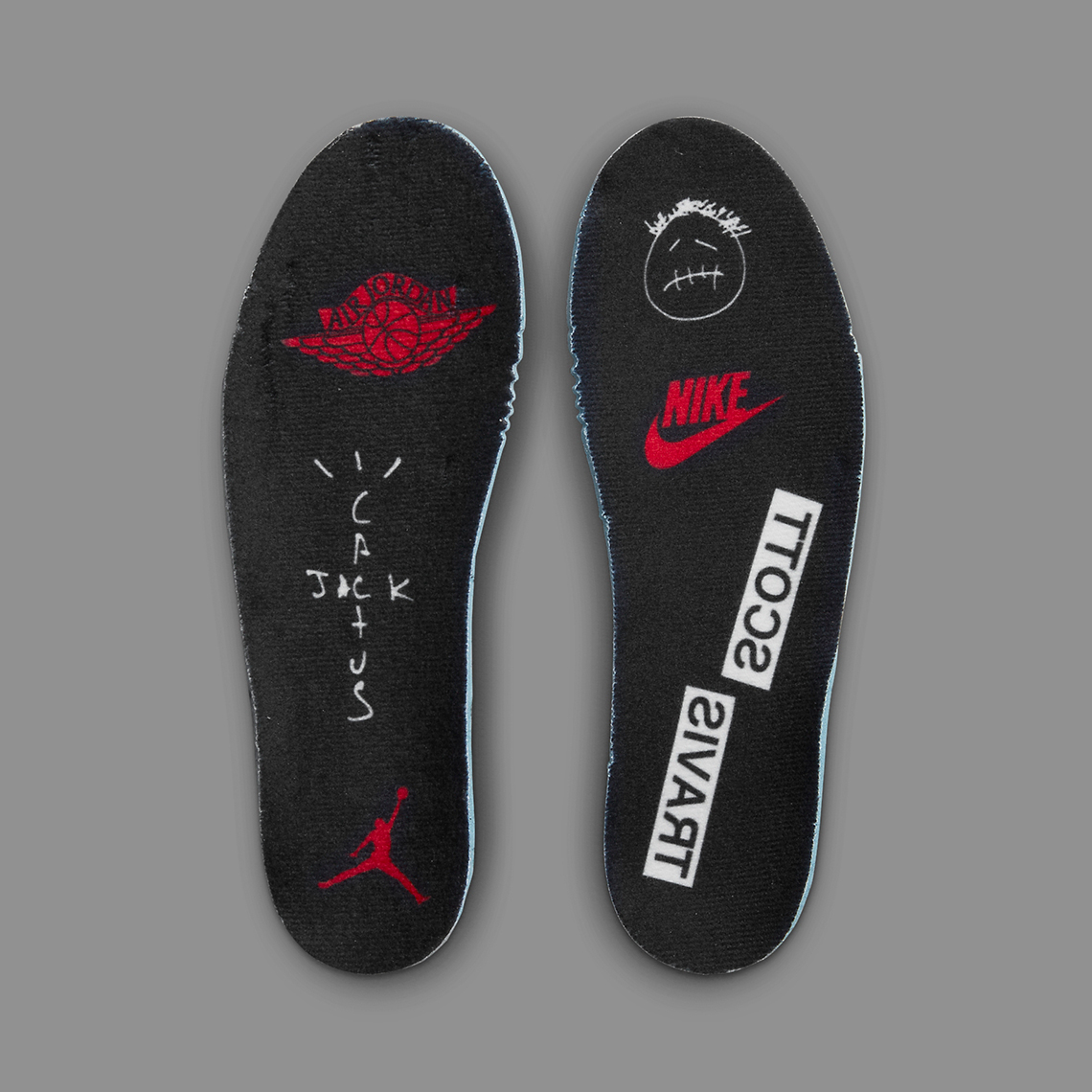 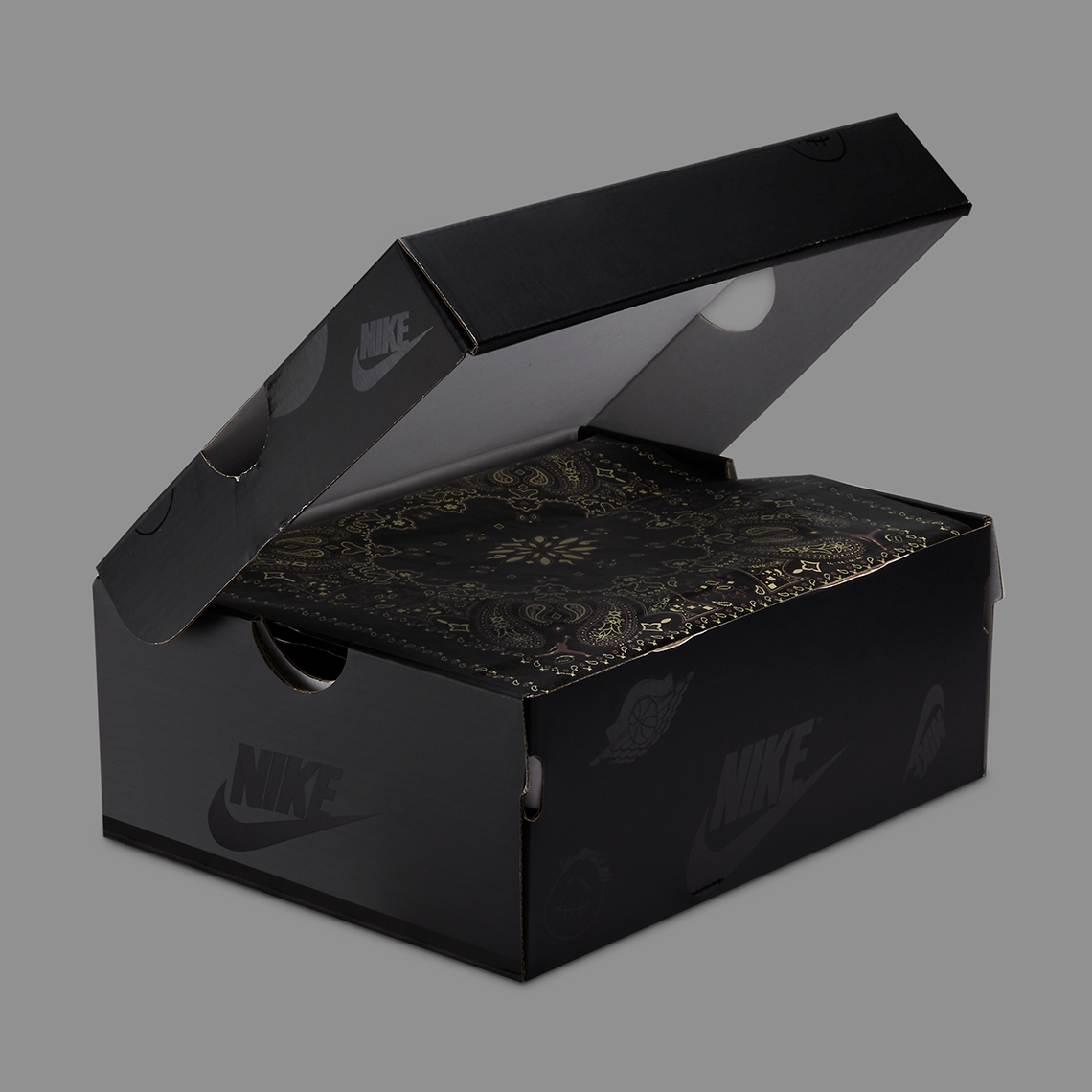