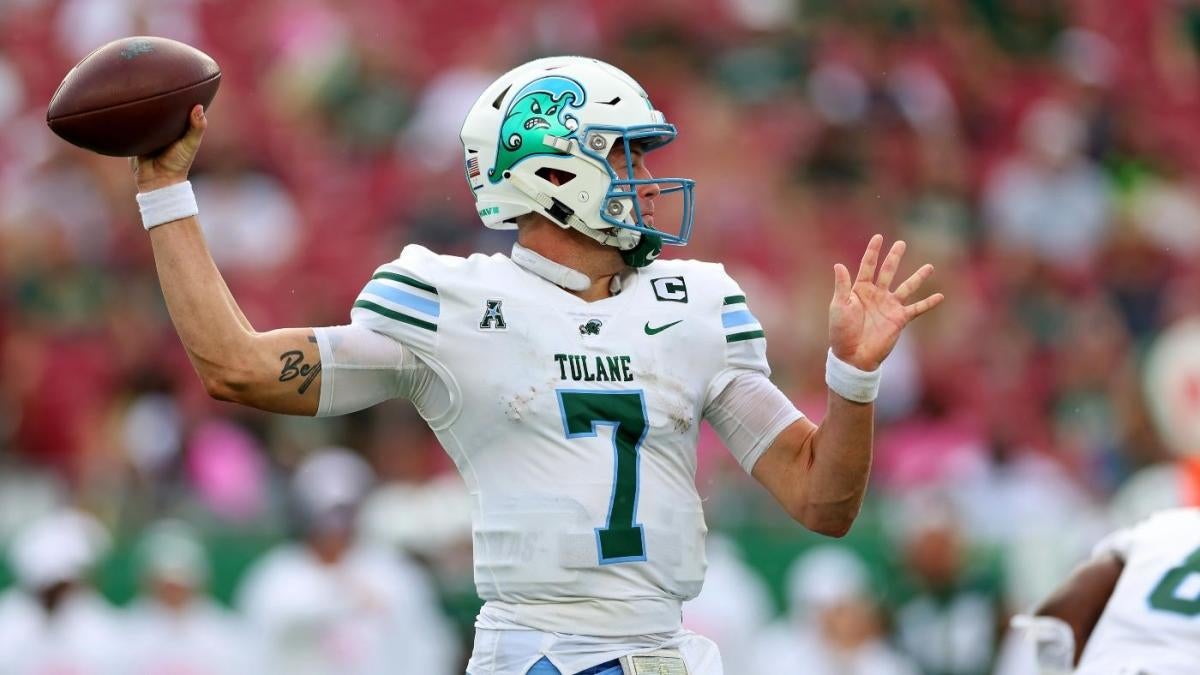 The No. 16 Tulane Green Wave will try to extend their five-game winning streak when they face the No. 22 UCF Knights on Saturday afternoon. Tulane picked up a 27-13 win at Tulsa last week and have now won four straight games by double digits. UCF bounced back from a loss to East Carolina with wins over Cincinnati and Memphis.

Kickoff is set for 3:30 p.m. ET. The Green Wave are favored by 1.5 points in the latest Tulane vs. UCF odds from Caesars Sportsbook, while the over/under is set at 54.5. Before entering any UCF vs. Tulane picks, you’ll want to see the college football predictions from the proven computer model at SportsLine.

The SportsLine Projection Model simulates every FBS college football game 10,000 times. Over the past six-plus years, the proprietary computer model has generated a stunning profit of almost $3,000 for $100 players on its top-rated college football picks against the spread. Anyone who has followed it has seen huge returns.

Now, the model has set its sights on Tulane vs. UCF. You can head to SportsLine to see its picks. Here are several college football odds for Tulane vs. UCF:

Why Tulane can cover

Tulane has won five straight games and is off to its best start since going 12-0 in 1998, winning more than seven games for the first time since 2002. The Green Wave racked up 482 yards of total offense against Tulsa last week, covering the spread for the fifth game in a row. Quarterback Michael Pratt has completed 66.7% of his passes for 1,843 yards and 14 touchdowns this season.

Running back Tyjae Spears leads the rushing attack with 745 yards and 10 touchdowns on 134 carries. UCF lost to East Carolina by three touchdowns on the road last month, so it will be tough for the Knights to keep pace on Saturday. Tulane has covered the spread in seven consecutive games against conference opponents, and it has also covered the spread in five of the last six meetings between these teams.

Why UCF can cover

UCF has been one of the top teams to beat in the conference in recent years, and that has not changed this season. The Knights have already picked up wins over SMU, Cincinnati and Memphis in conference play, winning six of their last seven games overall. Quarterback Mikey Keene filled in for John Rhys Plumlee against Memphis, as Plumlee was out with a concussion.

Keene threw for 219 yards and three touchdowns, while RJ Harvey rushed for 151 yards and a score. Plumlee and Keene are both available heading into this game, giving head coach Gus Malzahn a pair of quality options. UCF is an underdog on Saturday afternoon despite winning seven of the last eight head-to-head meetings.

How to make UCF vs. Tulane picks

The model has simulated Tulane vs. UCF 10,000 times and the results are in. We can tell you that the model is leaning Over, and it also says one side of the spread hits over 50% of the time. You can only see the pick at SportsLine.

So who wins UCF vs. Tulane? And which side of the spread hits over 50% of the time? Visit SportsLine now to see which side of the Tulane vs. UCF spread you need to jump on Saturday, all from the model that has crushed its college football picks, and find out.